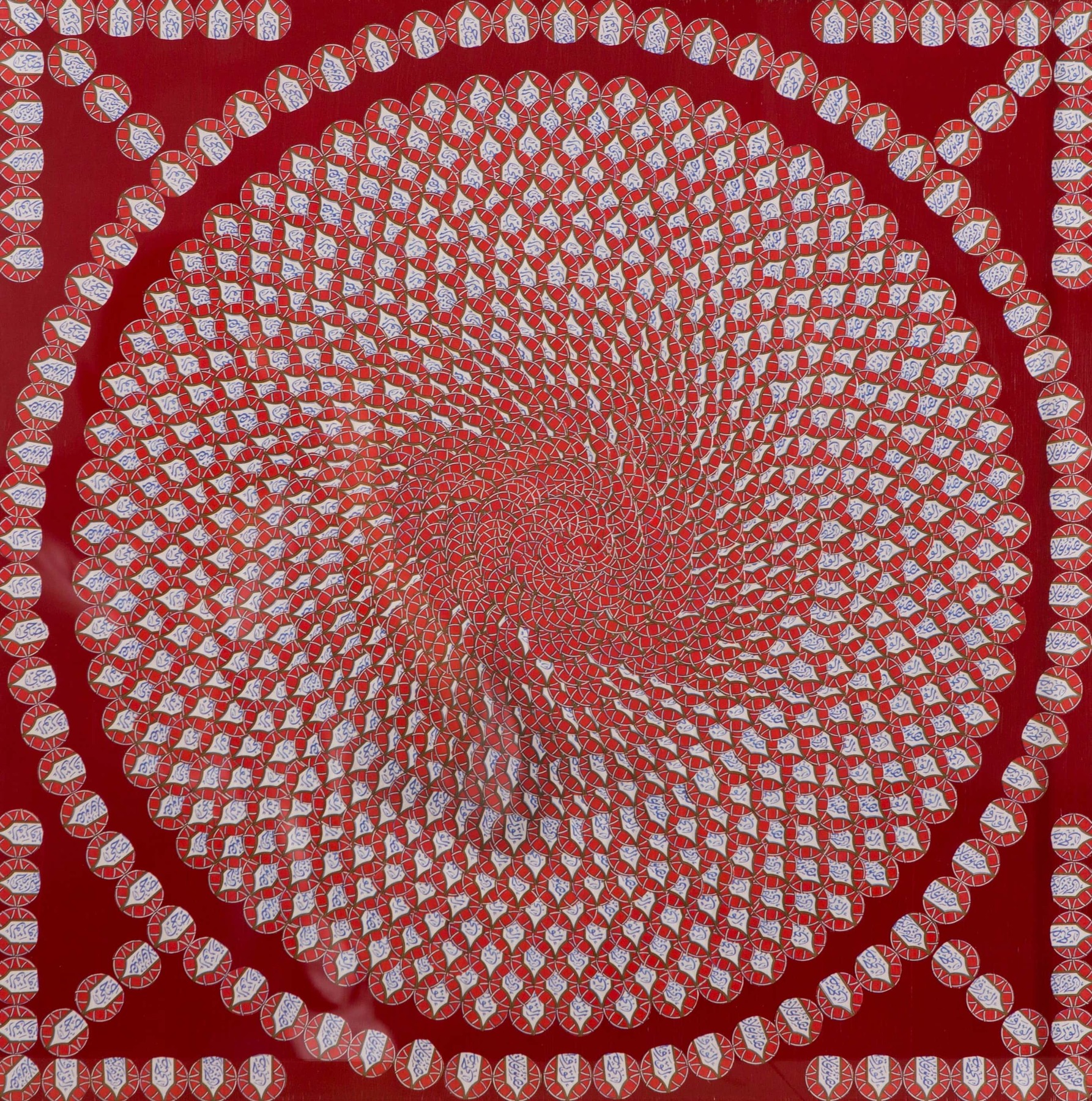 In the 2000s, Mathes Rabbath fell under the spell of Damas paper – a thin and satin-like cigarette paper, rich in patterns and highly geometric arabesque calligraphies. She tames this material which figures as the essence of her work. Under her artist’s touch, the paper is transformed and shaped according to her wishes and imagination. Now rolled, then glued, she will apply the paper and align it right down to the last millimetre in order to compose works with beautiful geometric shapes which attract and spellbind the gaze. This sensitive material, so delicate initially, will take on an appearance which suggests toughness and even rigidity. In line with the precision of the arabesque, Mathes Rabbath deliberately adds a touch of bright oil or acrylic paint, giving her paintings vibrant reflections, thus creating a magnificent chromatic explosion. And when she does not roll her paper, she cuts it into straps, moulds it into rings, folds it into fans, shapes it into grids or mashrabiya – into impressions of the full and the empty, frames within the frame, occidental rose windows or oriental shamseh. This artist who navigates between the colors of Lebanon, her adopted country, as well as the palette of Luxembourg, her native country, continues her research into this path which has fed her inspiration and fulfilled her thirst for beauty and creation.

A native of Luxembourg, Rabbath moved to Lebanon over two decades ago, having graduated in Fine Arts. Today, she has an atelier in Beirut and a decade of critically acclaimed exhibitions to her name. Rabbath developed her technique and creative vision with the support of prominent Lebanese artists, including at the Paul Guiragossian School and with Tania Bakalian Safieddine, who introduced her to collage, which she has since adopted as her preferred method of expression. Bright, colourful and creative, her work involves cutting out tiny bits of dreams and emotions, which are rolled, folded and made into triangles, before being transformed into original collages with calligraphy-embellished Damascus paper. The repetition of the same motif with varying scales references an energy outburst guided by her colour choice as the artist often imagines a universe with erupting planets in orbit.