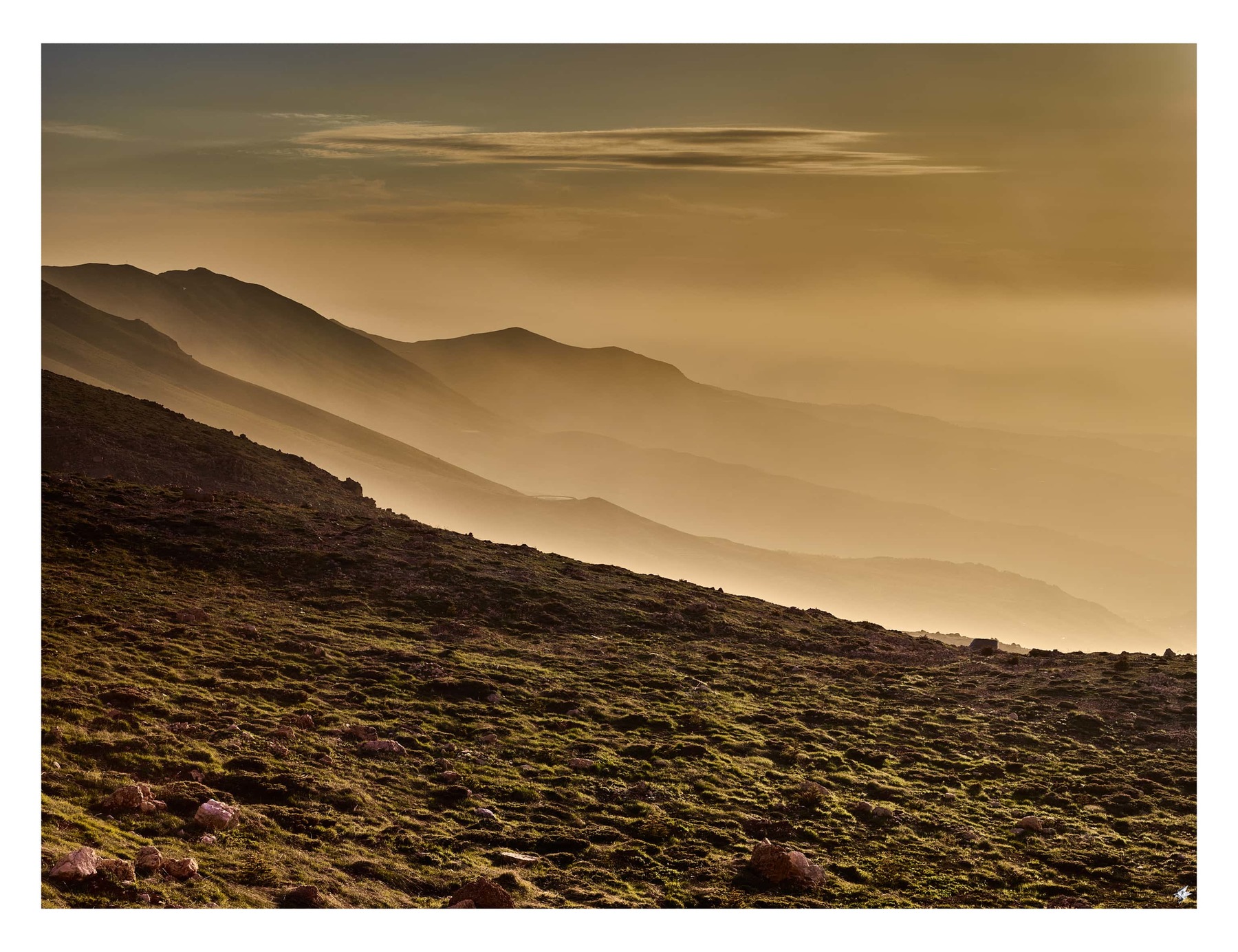 Anatomy of time (series of 13 photographs)
When it comes to time, movement is of the essence.
Time “runs” with no respite. It may run a day, a week, a month, a year or a century— time will leave its mark on the land and on the picture. The sun sets and rises, fog appears, and later vanishes; a haze dwells in the air, then is blown away by wind.
Sometimes a warning, often none at all.
The rain, softly at first, then vigorous.
A pond is born, mirroring a band of clouds passing by.
A month ago a snow hill was here, and other clouds painted stark thick bands of deep blue on a pristine white page.
Shadows and light are here, nothing less than animated figures, filling the screen with their constant interplay, sometimes musing, sometimes hurling.
And at the end of the day the awe of nature, printed in the eyes and their memory, is all that remains.

Jean-Pierre Tarabay, born in Lebanon in 1976, graduated with honors in photography from the University of Holy Spirit Kaslik in 1999. Since then, he has held numerous personal and group exhibitions, locally and abroad. For fifteen years, he has taught in more than five universities before joining LAU Byblos campus. His twenty years of experience goes into numerous different photography approaches such as fashion, advertising, documentary, portrait, nature, architecture, jewelry, industrial and more. Tarabay combines technical and artistic photography skills with his knowledge of business. His commercial work is based on private clients, top agencies and magazines. He is easygoing and comfortable to work with yet a true professional in his approach to delivering the project on time and with outstanding results. In his free time, he manages to pursue his love of photography by developing new artistic photography concepts.