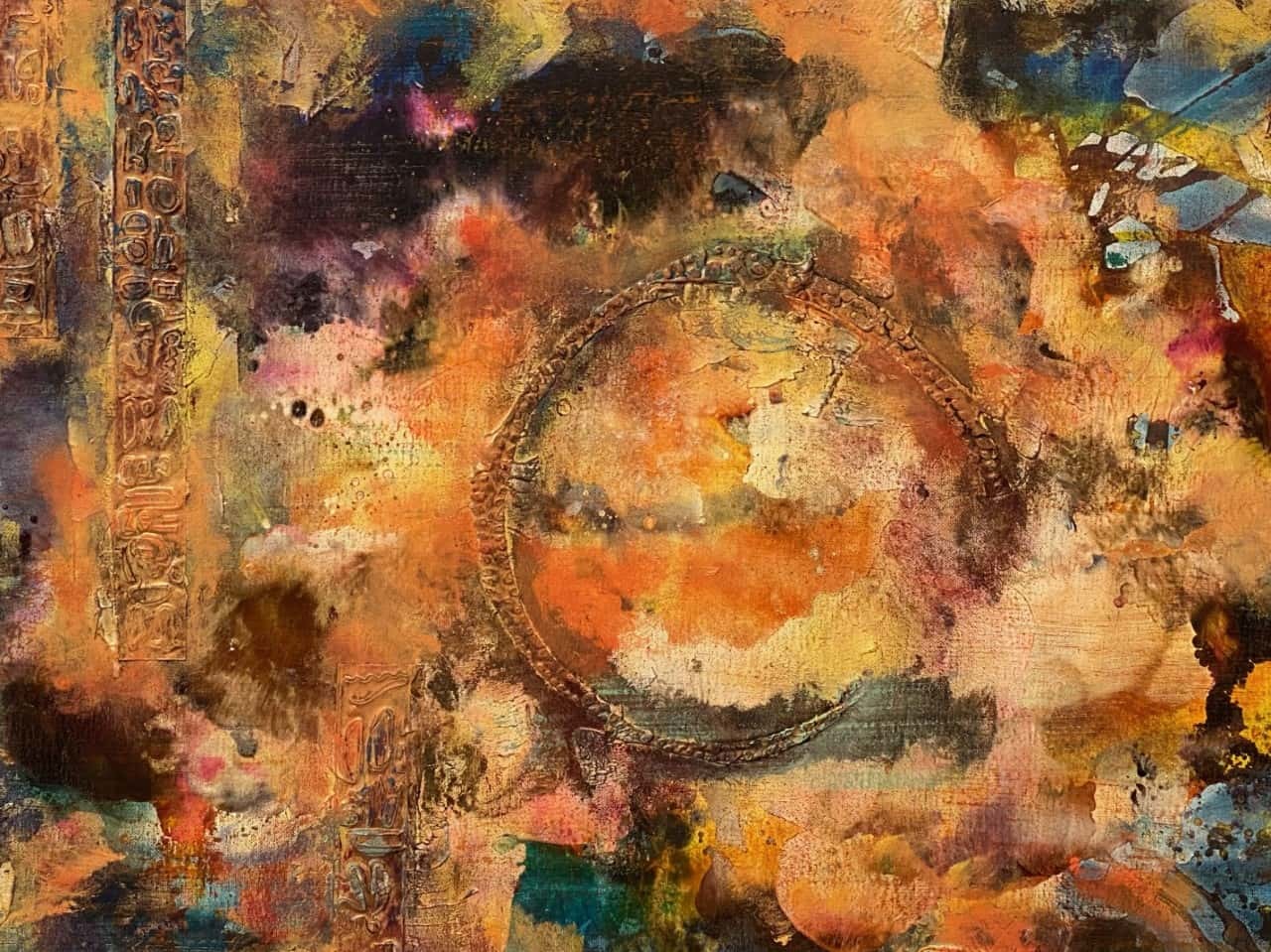 Lydia Moawad’s painting Against All Odds acts as a kind of moment to celebrate life and also to recognize the inevitability of death. By creating a dialogue around the transient nature of life, this sense of impermanence heightens the appreciation of each moment lived in the now.

Winner of the “Energy, Water and Fire” contest 2015 in Milano and honored with the “Award of Excellence 2018” in Hong Kong, Lydia Moawad (b.1965) is considered as one of the most renowned contemporary Lebanese painters. Her paintings were auctioned at the Modern Art Show in Jeddah, Saudi Arabia, 2014, alongside the works of Picasso, Van Gogh and Fateh El Mudaress. Moawad’s works are held in private collections around the world and have been exhibited in different museums as well as in Hong Kong, Tokyo, New York, Berlin, Innsbruck, Rotterdam, Florence, Paris, Milan, Dubai, Qatar, KSA, Muséum of Agadir, Historical Museum of Niagara Falls and many more. She is an Art Ambassador of Women’s Art World, 2015 and the Vice President of Lebanese Association of Artists Painters and Sculptures, LAAPS, 2016.