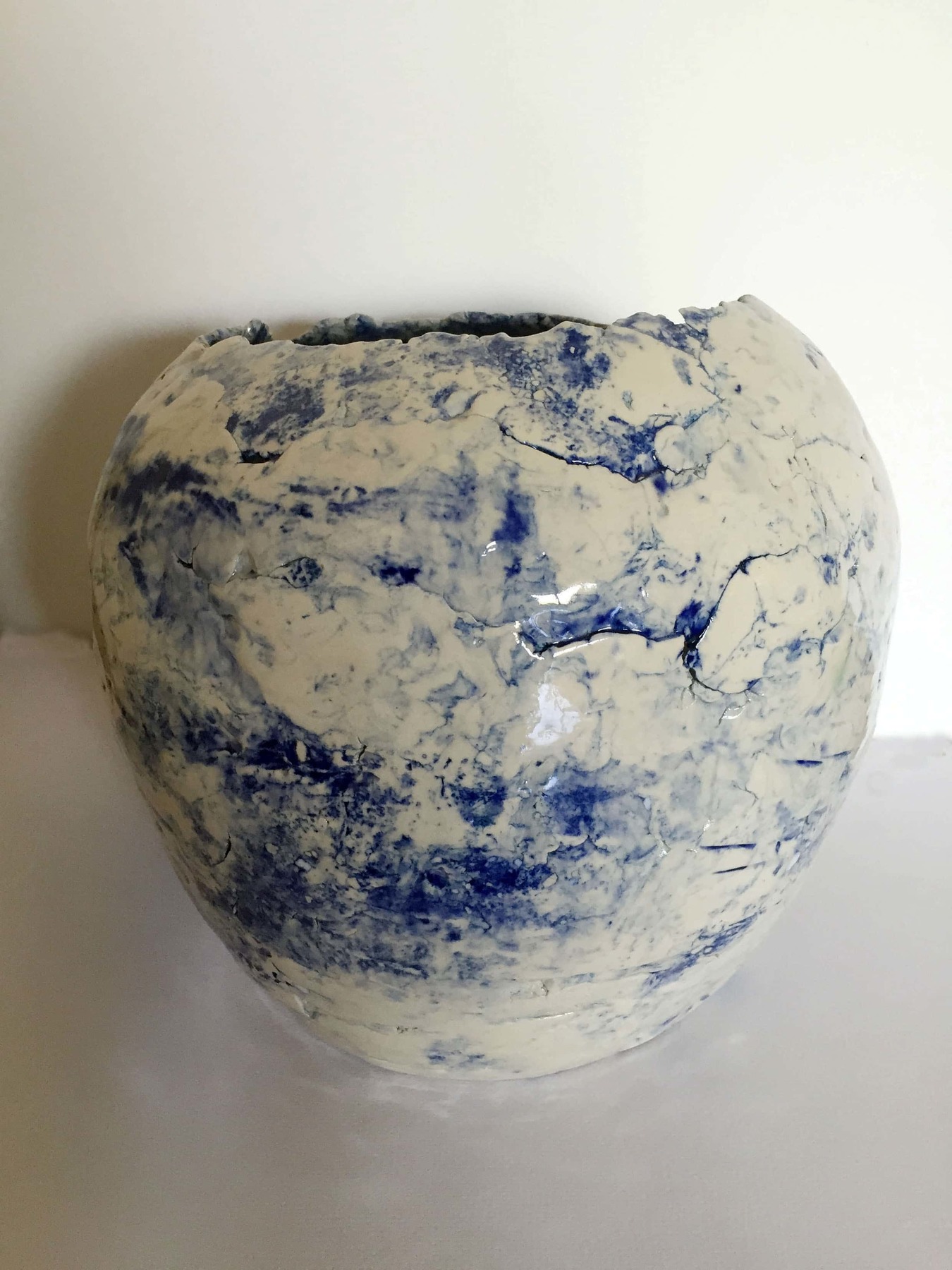 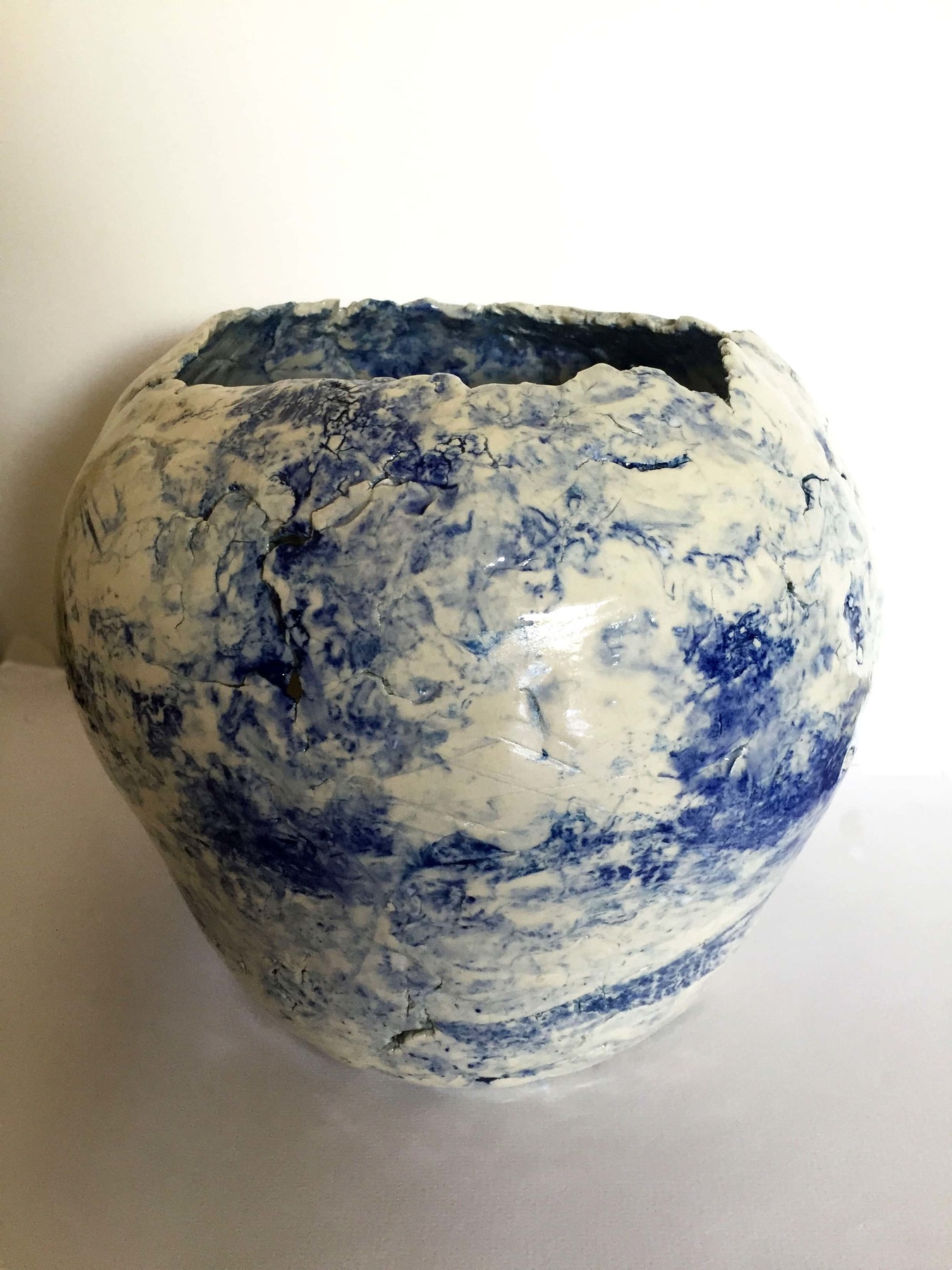 For this particular piece, Tania was inspired by a traditional Korean technique (Onggi). Although “Onggi” are usually rough and are conventionally used to keep food, she chose to use porcelain to transform the aspect of the piece into a more refined artwork. The color blue is a Cobalt oxide which is the traditional Chinese blue used in ceramics. The abstract traits on the outer surfaces are meant to evoke distant landscapes.