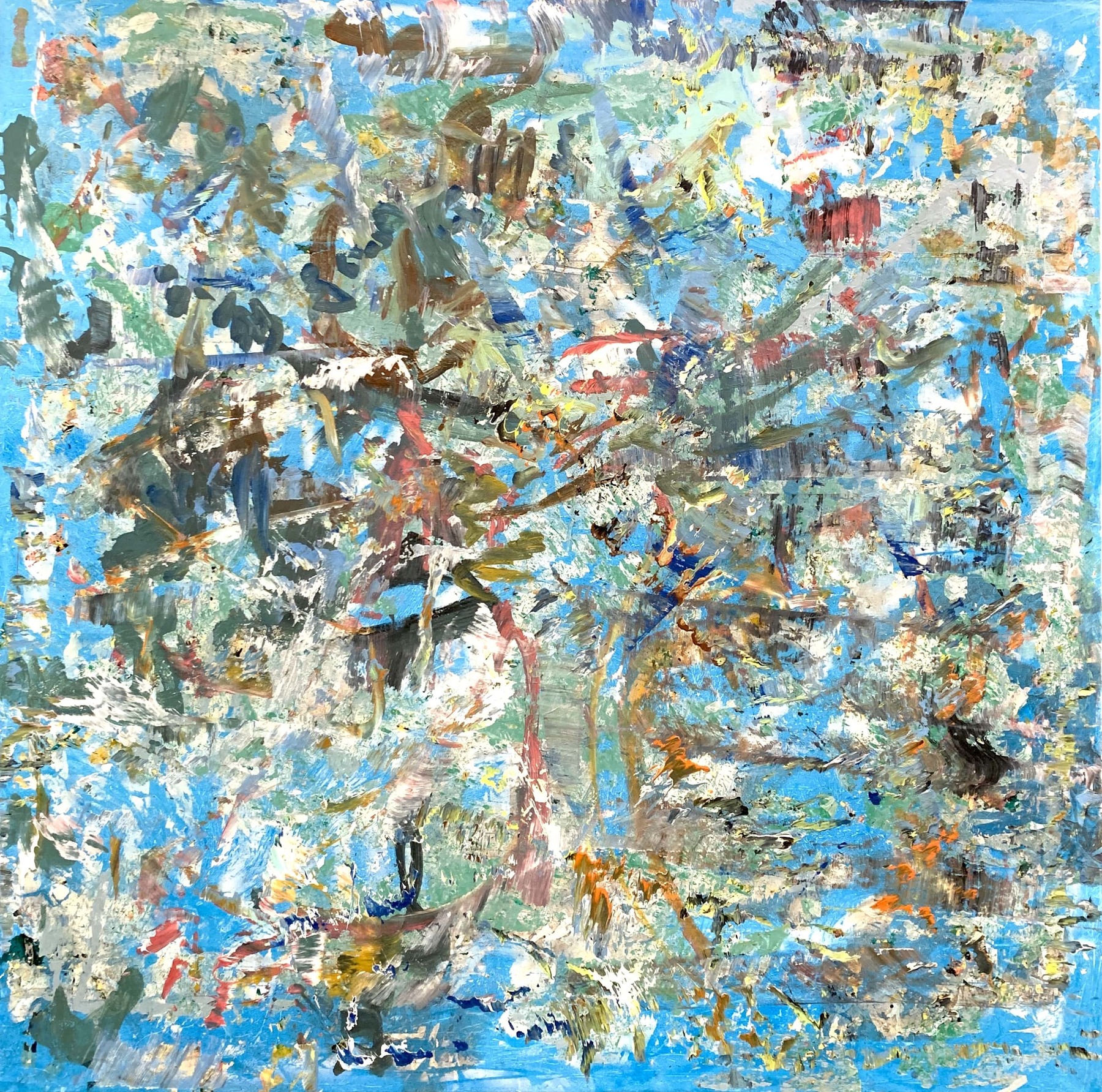 “An abstract expressionist acrylic painting on canvas, that I painted in 2006 named “Survival“. Various  strokes on sky blue colour depicting  a harmonious chaotic atmosphere through which filters a suggestion of the Lebanese flag. Stating  that Lebanon will always survive even through the worst chaos. We are still standing on our feet and alive through this turmoil and shall overcome any new situation !

Born in Aleppo, Jean Boghossian is an abstract, multidisciplinary artist of Armenian descent, known for using fire and smoke on his works. Boghossian studied Economics and Sociology at Saint Joseph University (USJ) in Beirut, while working for the family jewellery business. In 1975, he moved to Belgium to escape the civil war in Lebanon. Settled in Brussels, Boghossian enrolled at the Academy of Fine Arts, Boitsfort, while continuing to oversee the family business. Boghossian is one of only a small number of artists who uses the method of burn degradation on his canvas, choosing to withdraw the torch at whatever point he feels is right. He also applies fire to other media, such as paper, books and even furniture, producing fissures, cracks and perforations on the pieces. Boghossian works across a range of media that spans watercolour, oil, charcoal and acrylics. Defying categorisation, he uses a variety of techniques and also sculpts in wood, clay, polystyrene and bronze. He set up the Boghossian Foundation with the support of his father and brother in 1992. Boghossian has exhibited extensively, with recent solo and group shows held at: Ayyam Gallery, Dubai (2018); Art Abu Dhabi (2017, 2013); 57th Venice Biennale (2017); Beirut Exhibition Center (2015, 2011); Fondazione Palazzo Albizzini Collection Burri, Città di Castello (2015); and Villa Empain - Boghossian Foundation, Brussels (2014).