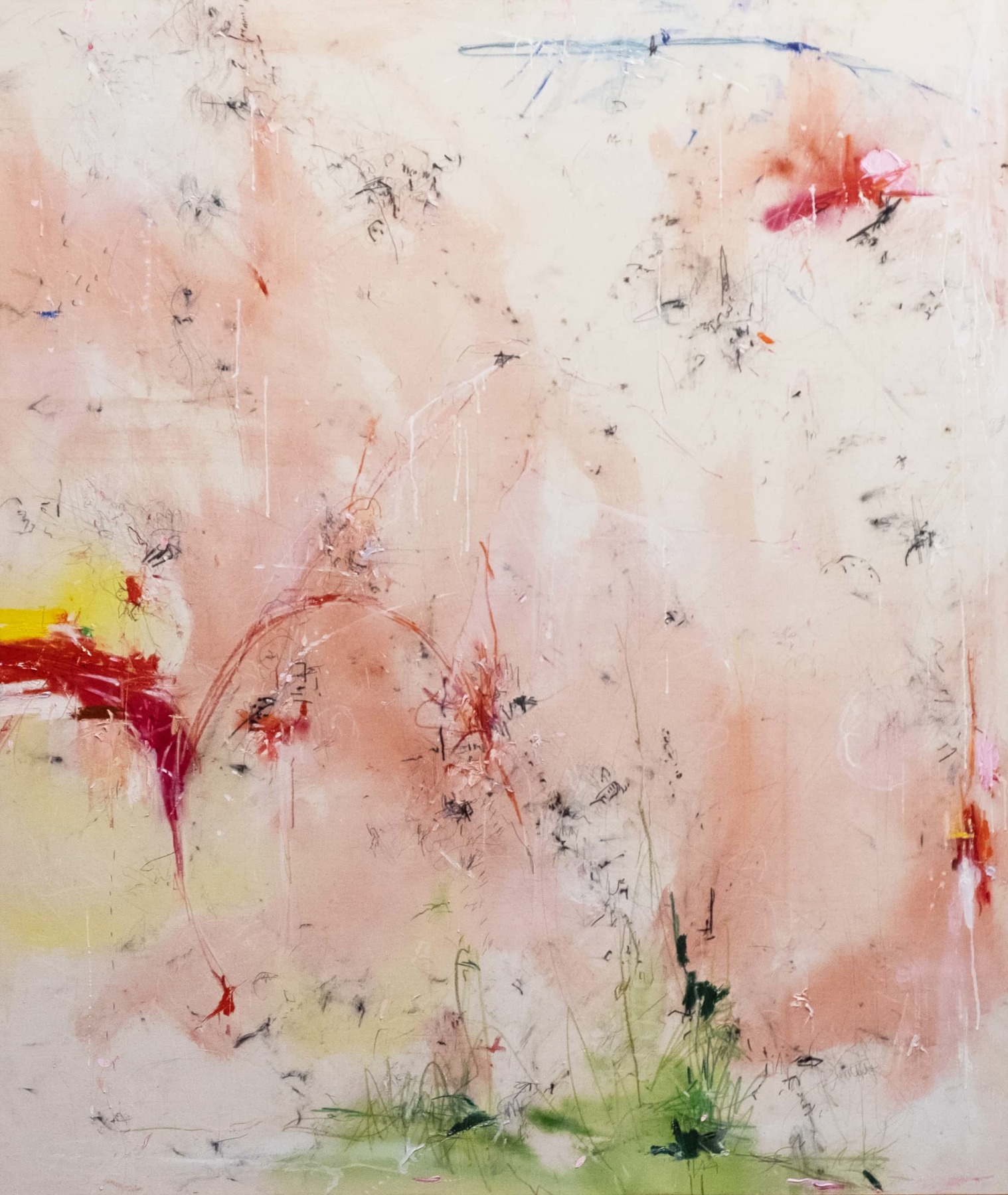 Oil, acrylics, pastels, graphite and street dust
150 x 130 cm
Signed and dated on the back

A certificate of authenticity will be provided from the Saleh Barakat Gallery upon purchase.

Donated by the artist & the Saleh Barakat Gallery.

Born in Beirut, Hiba Kalache is an interdisciplinary artist whose practice spans installation, drawing, painting, and sculpture. Kalache draws on her daily life for her materials and process. She has used extra-artistic materials in her work, including food material, such as butter; dough; spices; rice; cake icing, as well as stockings, glass, metal wire, and drying machine lint. Kalache interrogates the separation between the private and public spheres, and more specifically, what she calls, “the banality of daily rituals”, as well as one’s definition of “home” and social belonging. Her recent interests include the relationship between texts and images, and the possibility of intermedial translation, as well as allegories of redemption and propositions of futurity in an era of perpetual presentism.

In 2005, Kalache received a Masters of Fine Arts from California College of the Arts (CCA) in San Francisco. She has since exhibited in Beirut, Berlin, Brussels, Istanbul, New Orleans, Oakland, San Jose (USA), San Francisco, and Tehran. Her work has also been shown at art fairs including Art Dubai, Drawing Now (Paris), and Gwangju Art (South Korea). Recent group exhibitions include Mimesis Expression Construction (2016) curated by Octavian Esanu at the American University of Beirut’s Rose and Shaheen Saleeby Museum, Heartland (2015) curated by Joanna Chevalier at the Beirut Exhibition Center, and Under Construction, Exposure (2014)curated by Marie Muracciole at the Beirut Art Center. In 2012, she had solo shows in Beirut with The Running Horse Contemporary Art Space, and the FFA Private Bank. In 2017, she taught fine arts at the Lebanese American University.

With Feathers the Color of the Sun