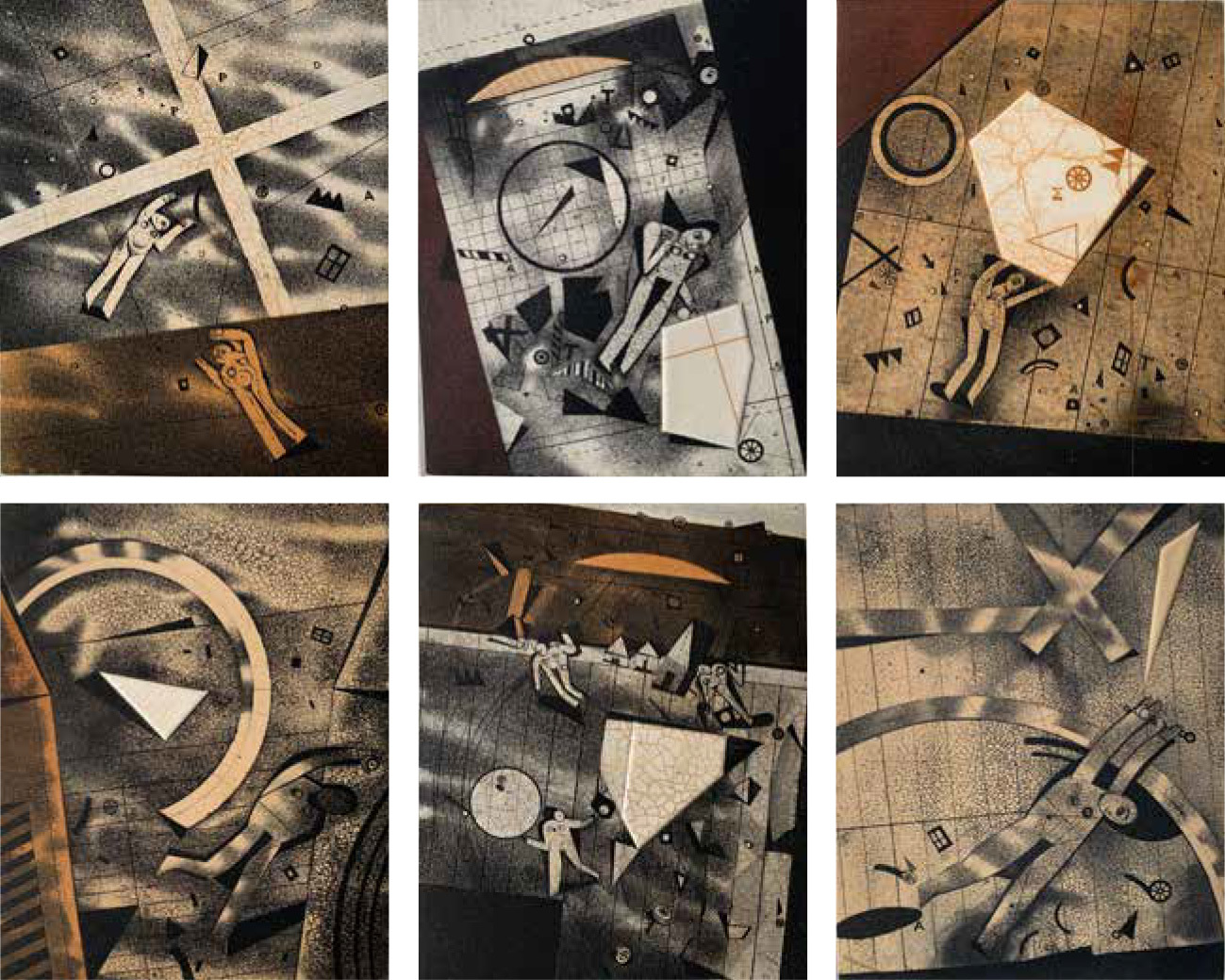 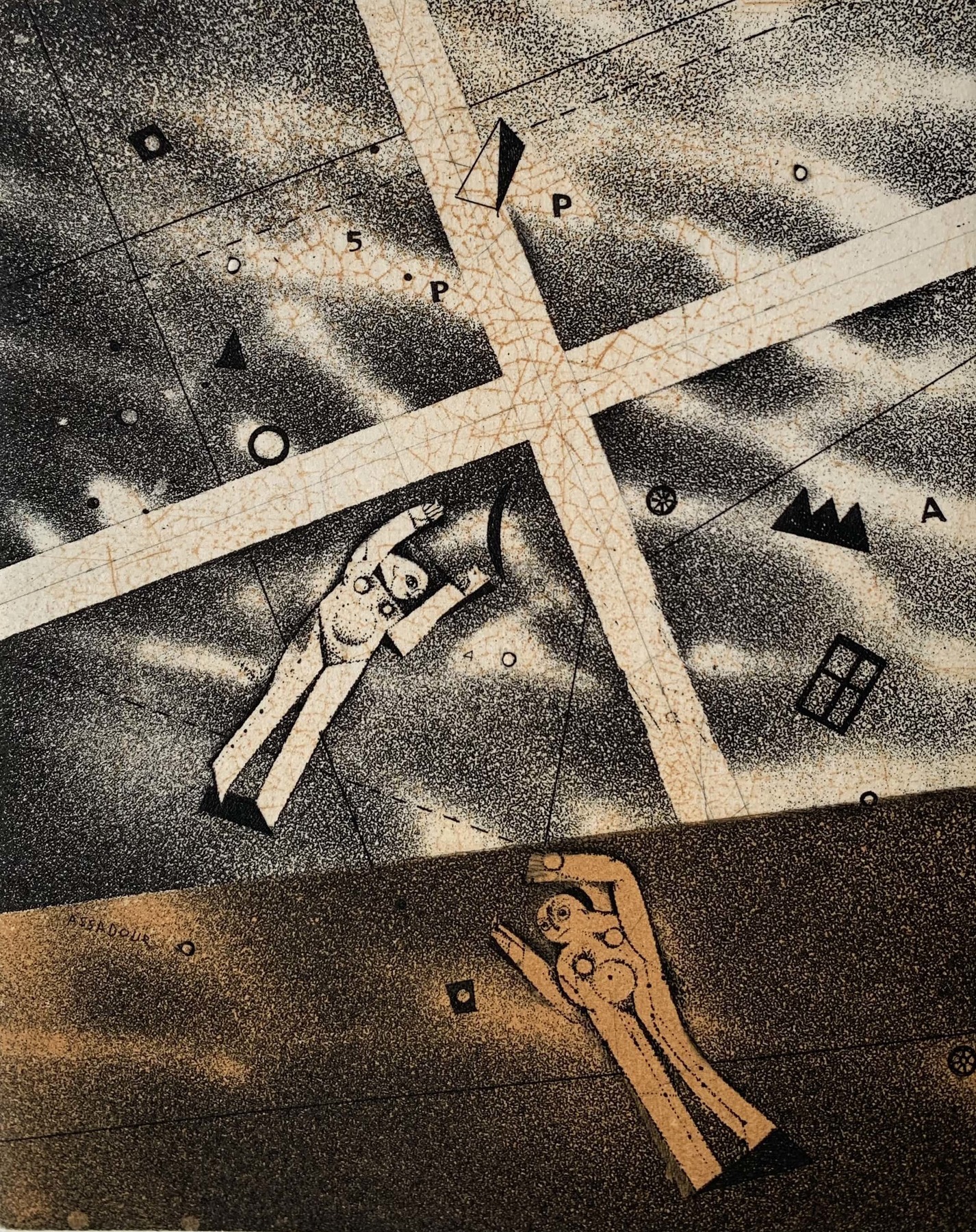 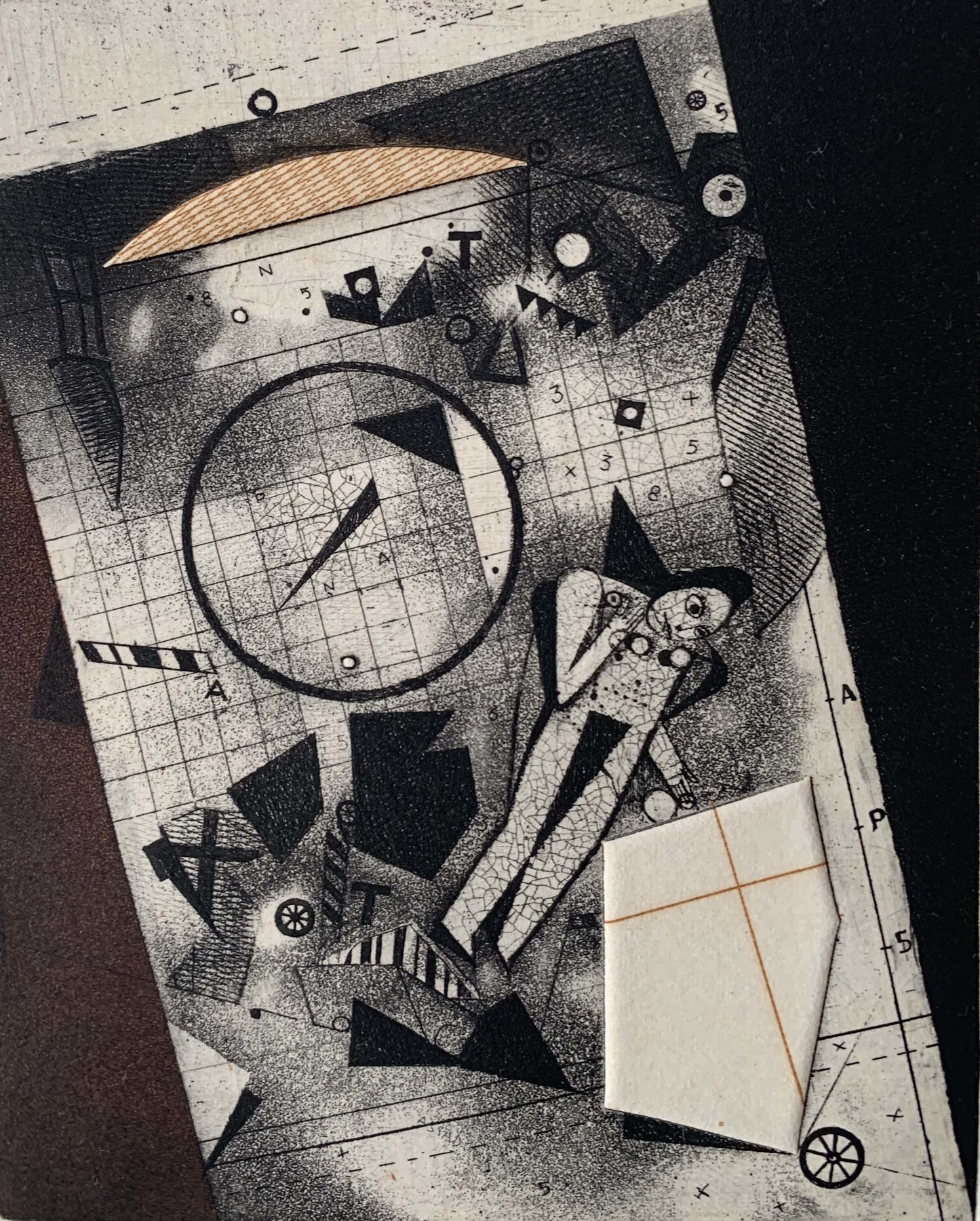 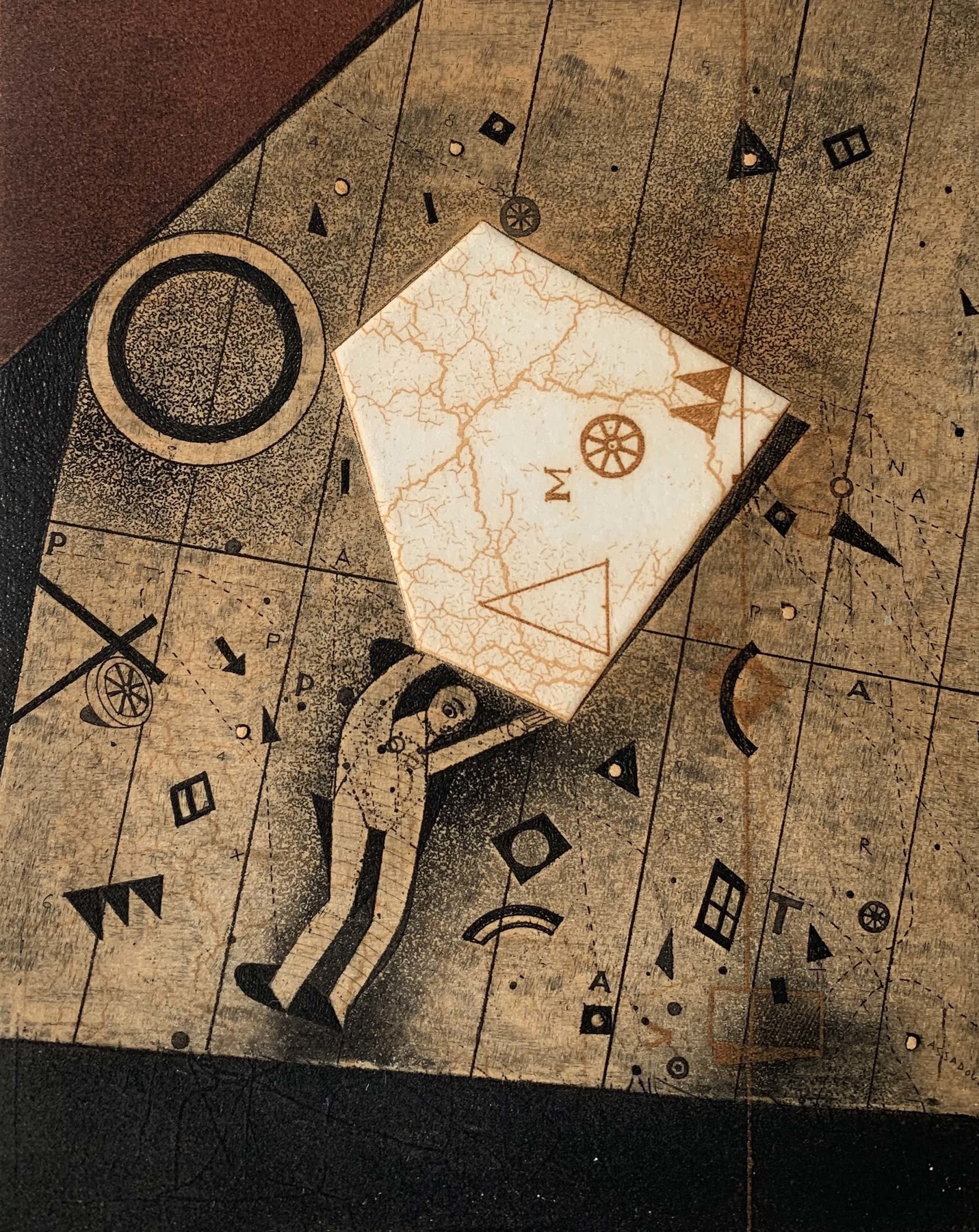 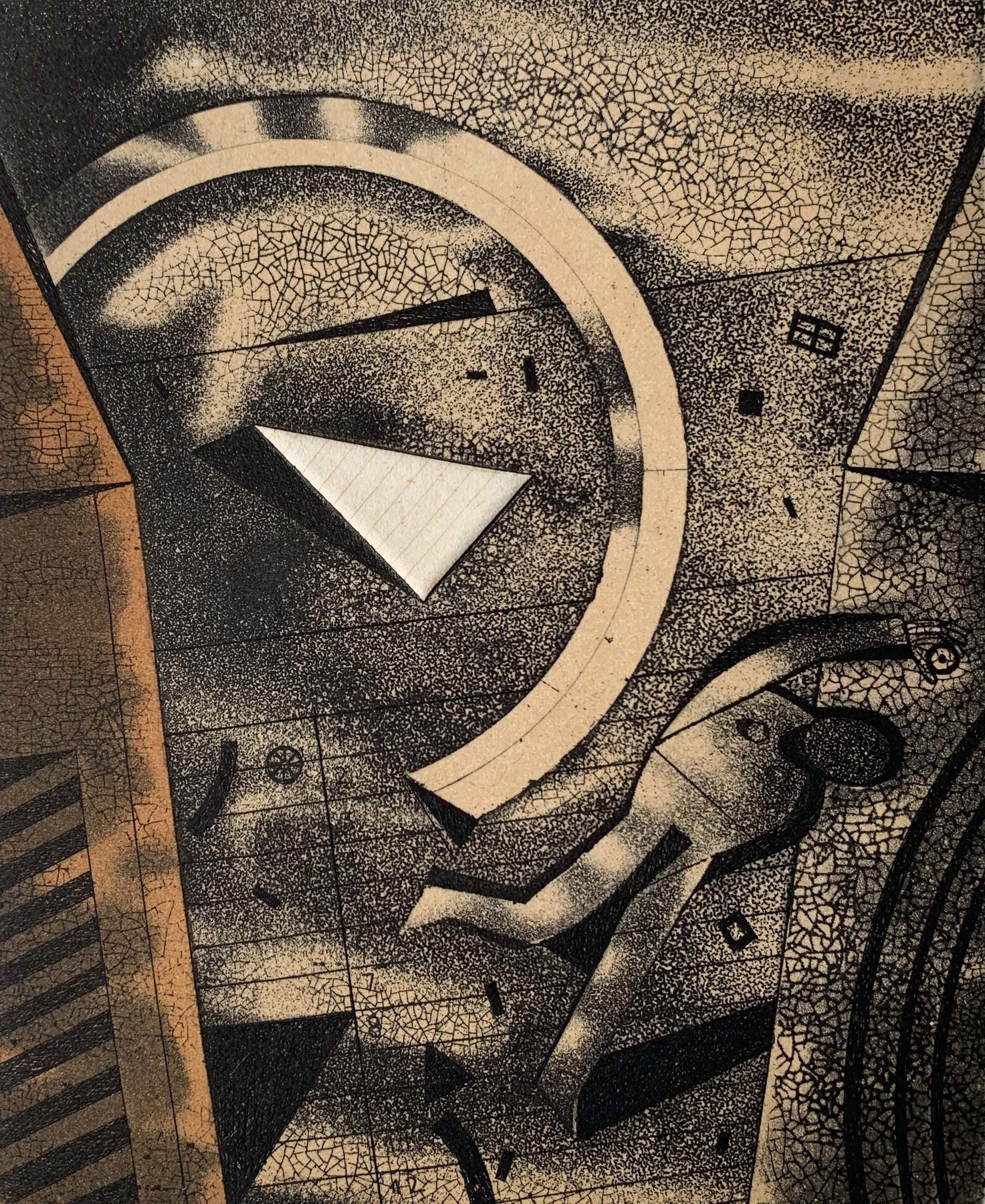 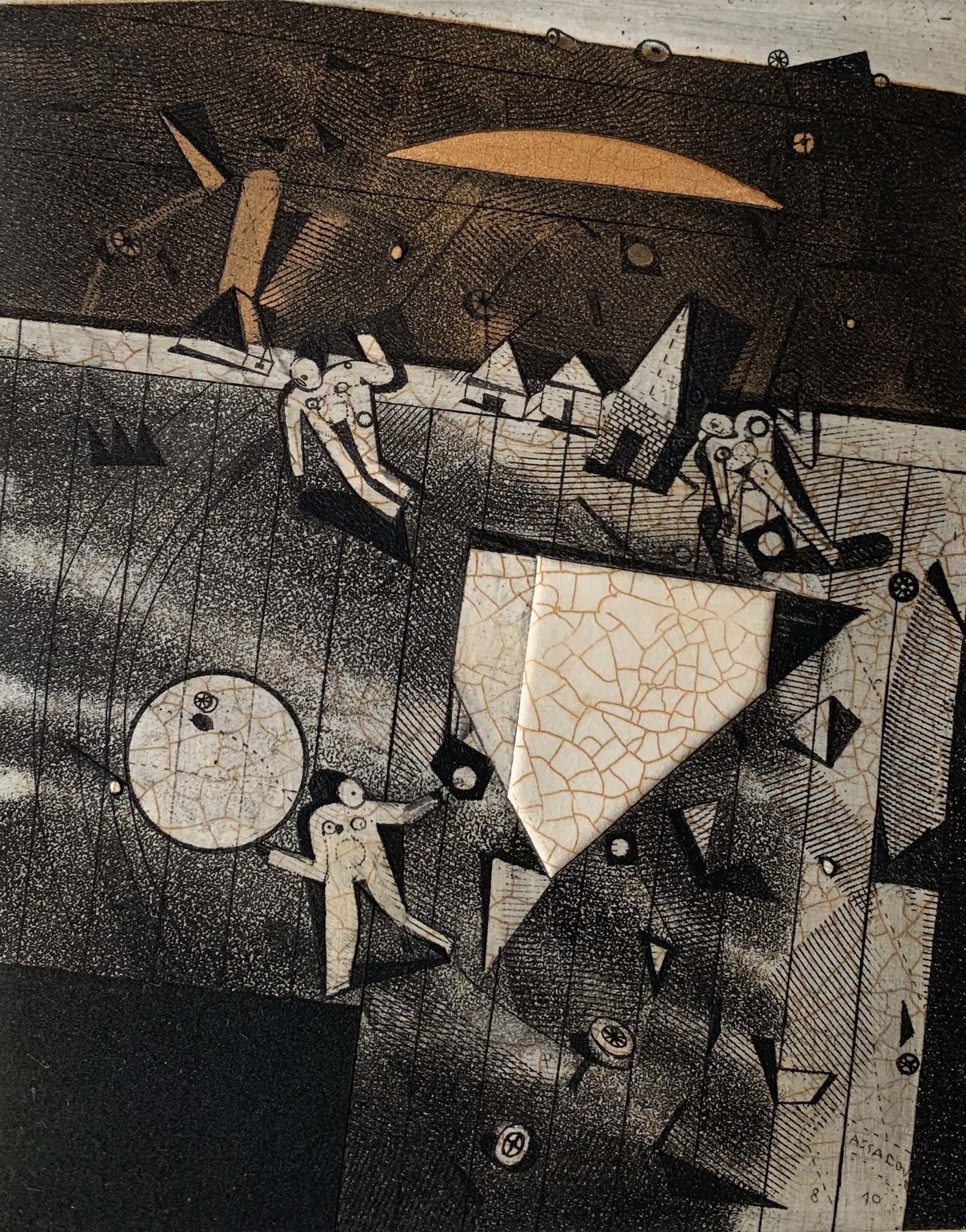 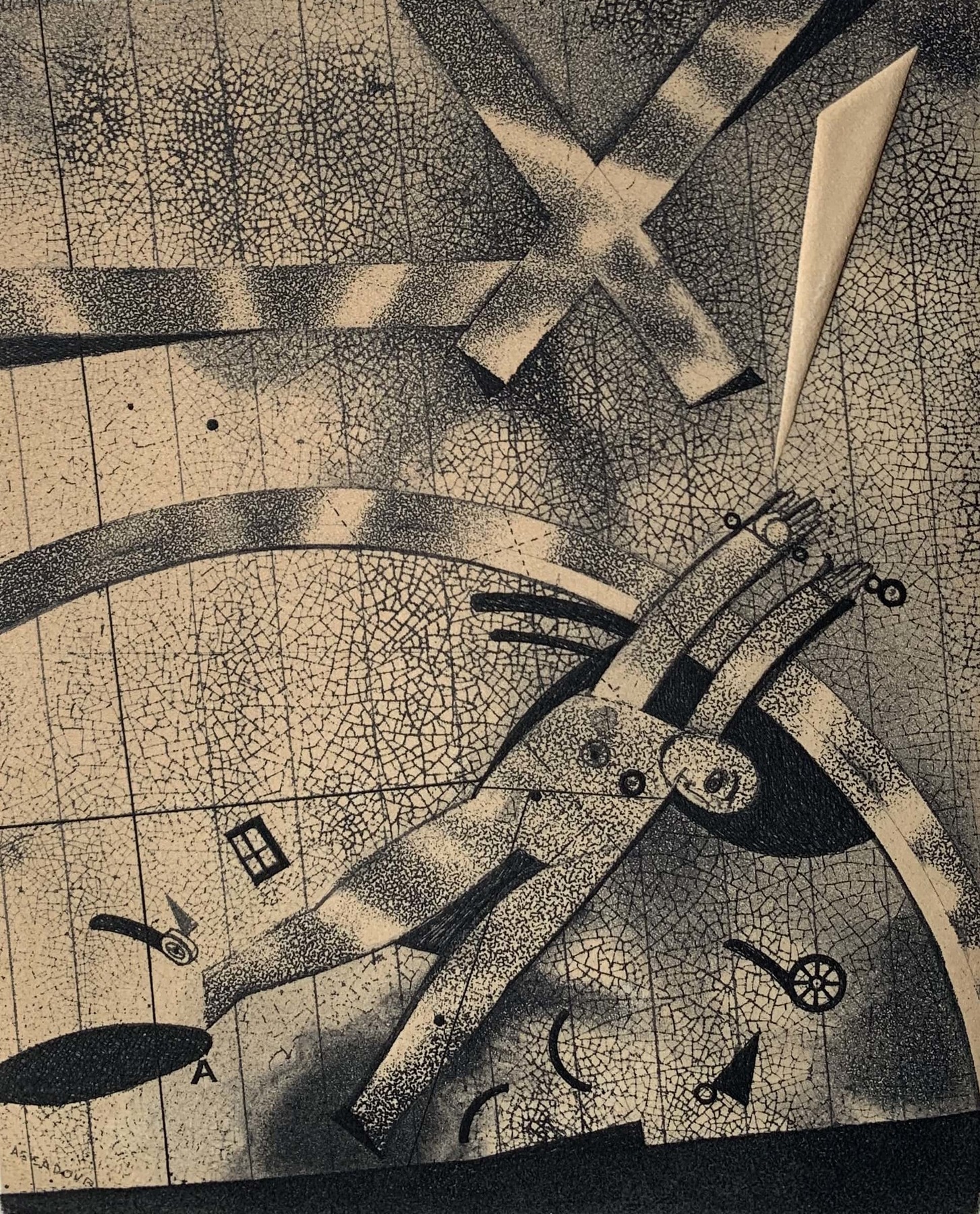 Artist book, with six original etchings with aquatints by Assadour. Poems by Issa Makhlouf, translated to French by Jamal Eddine Bencheikh, 56 pages.
29 x 21 cm
Edition of 38/75
Each etching is signed by the artist. Book signed by artist and poet. This work is one of the three rare examples enriched with etchings signed by the artist.

Assadour is born in Beirut in 1943, in a Lebanese-Armenian family. He went abroad at the age of 18 to study engraving and painting, first in Italy and later in Paris. Assadour is recognized as a great master in the field of engraving, and he developed a renowned oeuvre of gouaches on paper and oils on canvas. His paintings are rare and often sought after as he did not execute many.

A recurrent theme in Assadour’s paintings, the figures are inserted in a land or cityscape which is only suggested by the geometric lines and shapes of the composition.

This constructivist approach refers to Assadour’s attempt to put some order to the world’s chaos, like the one he experienced back in Beirut and just like the disorder he still sees today, and the first of all disorders, the Armenian genocide.

In the artist’s latest works, monumental figures seem more and more to replace architectural structure and to be the core of the composition’s space.

By Claude Lemand, translated from French by Valérie Didier Hess