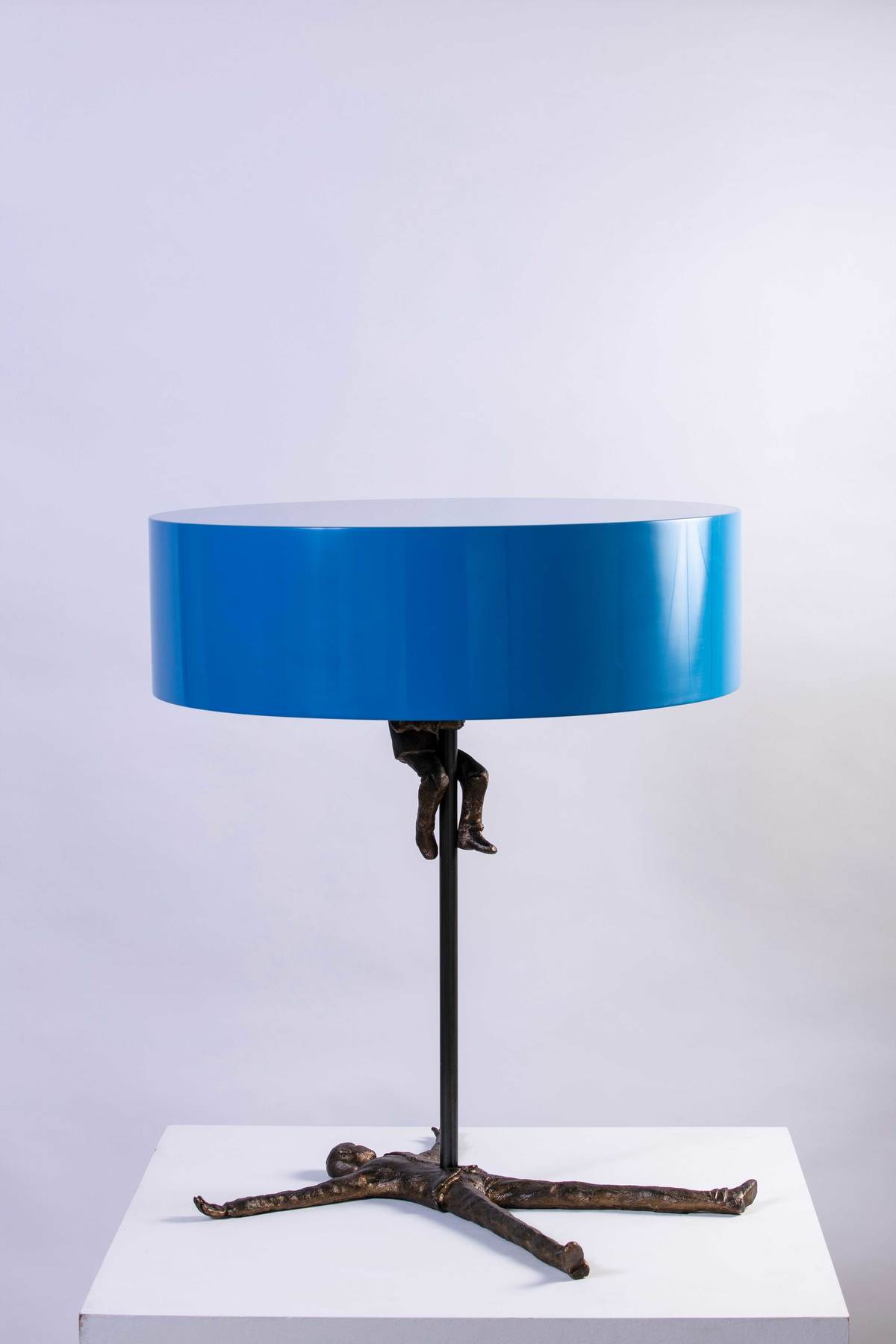 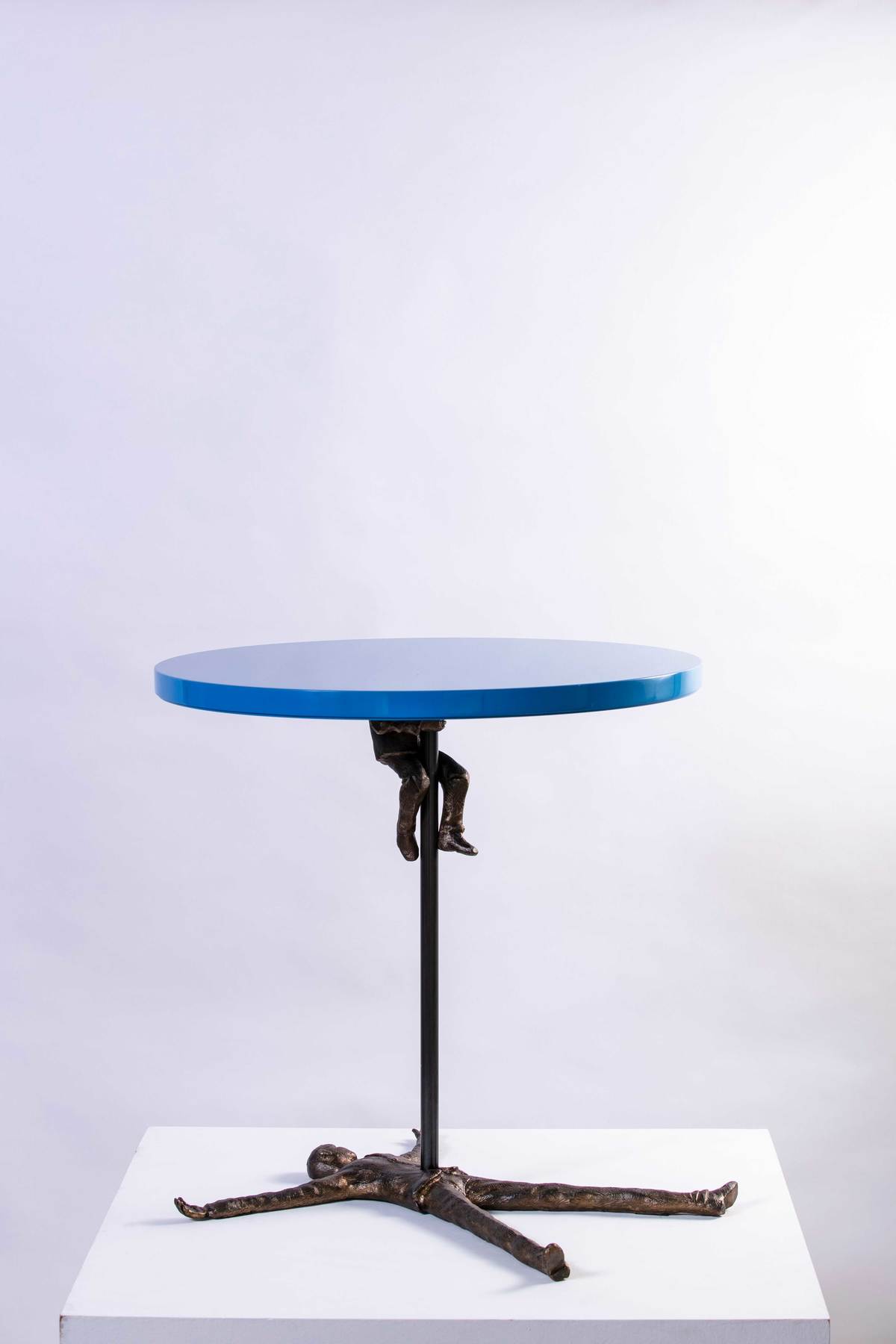 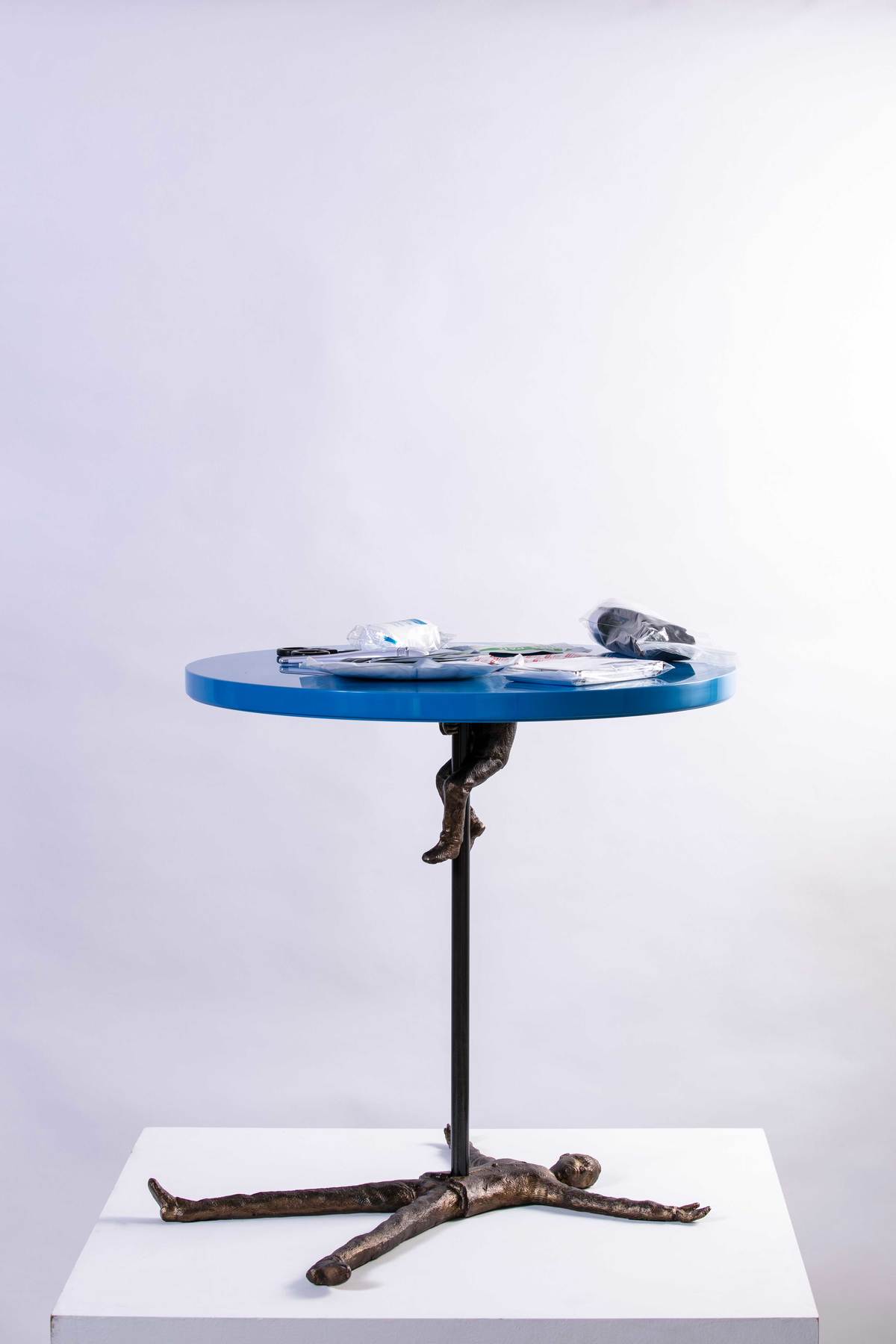 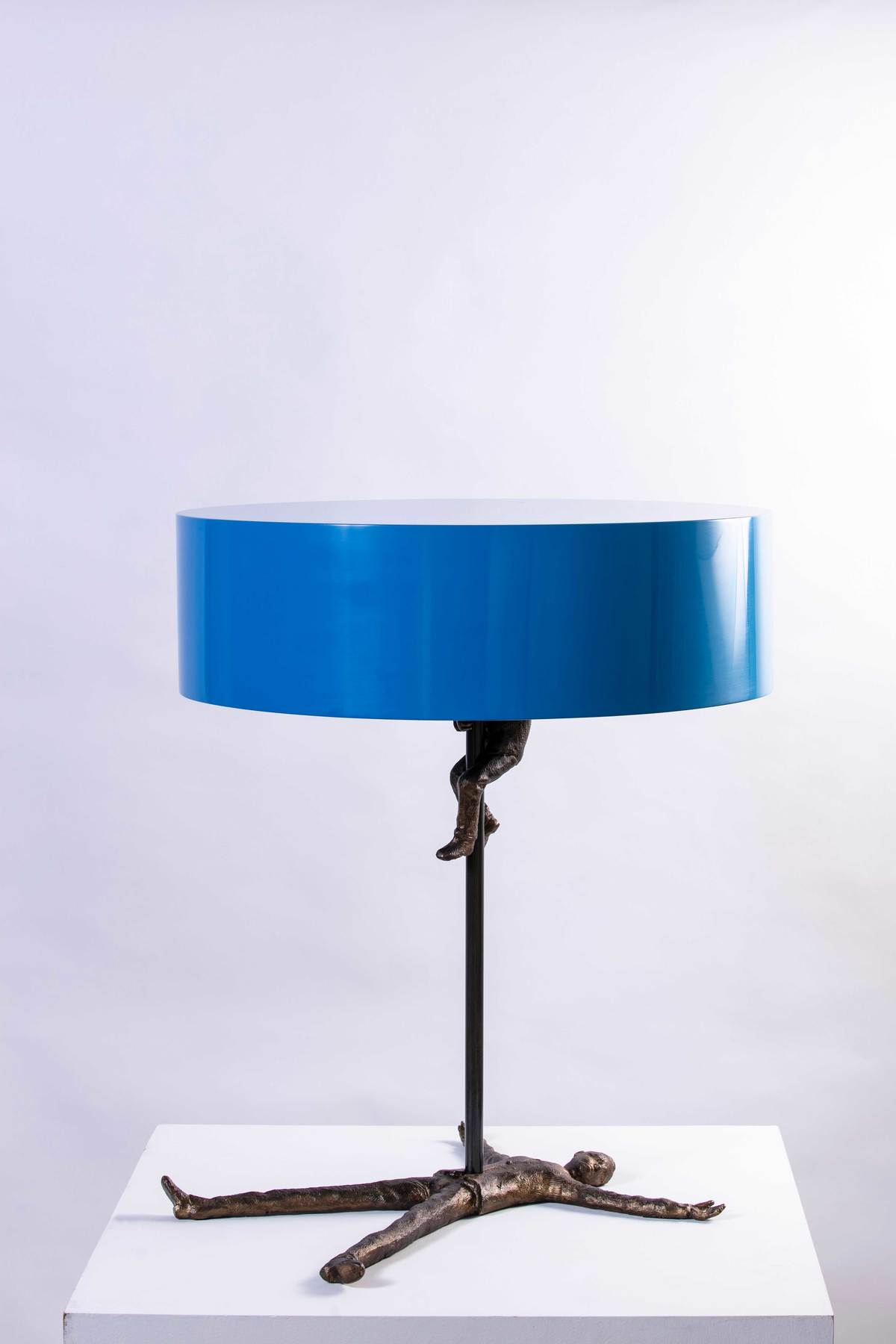 "Help! Is a box and also can sit as a side table. It is a daily wakeup call that helping others is helping ourselves.
“The tougher the times, the truer the heroes. Flat on our backs, life flooding out of our core, quotidian heroes like fire fighters rush daily into
the source of danger, risking their own lives to bring us back to the surface, back into the light.
This commemorative piece honoring the unsung courage of firefighters and all emergency service workers is a simple yet jarring reminder of how fragile life is and just how much our lives depend on those willing to make the ultimate sacrifice to keep others out of harm’s way.”"
Courtesy of the artist
Beirut, Lebanon

"Of Georgian origins, raised and educated in France until 1967, Gregory went on to follow his passion for art and design in his beloved Lebanon’s Académie Libanaise des Beaux- Arts from which he received a degree in Interior Architecture. Since then, his success and growth have been ceaseless, as well as the praise for his work on an international level, including being listed by Architectural Digest as one of the world’s top interior designers on more than one occasion. However, the drive behind Gregory’s work is, foremost, linked to his ceaseless creative impulse, informed by everything from literature to film to his most personal experiences and emotions and, of course, the one constant - his profound love of Art and Design itself.
In 1987, Gregory made one of his most defining moves in opening Gatserelia Design International in Toronto, Canada with his brother Alexander. However, with the end to the awful civil conflict in Lebanon, Gatserelia saw a remarkable opportunity to contribute to that Nation’s reconstruction while being a part of a remarkably vital creative scene there and, in 1996, he moved the company’s central office to the jewel- city of Beirut. From there, Gregory Gatserelia quickly moved across the globe, leaving his signature on a vast array of projects whose common links were no less than innovation, functionality, beauty and sustainability. And while print and television have covered the designer’s creative breakthroughs extensively and the number of accolades and international awards have steadily increased, Gregory has continued in his utmost dedication to bringing his personal creative integrity and unique experience to all his work, while creating a profound sense of synergy with his clients, resulting in works that are as aesthetically alluring as they are utilitarian and unique."