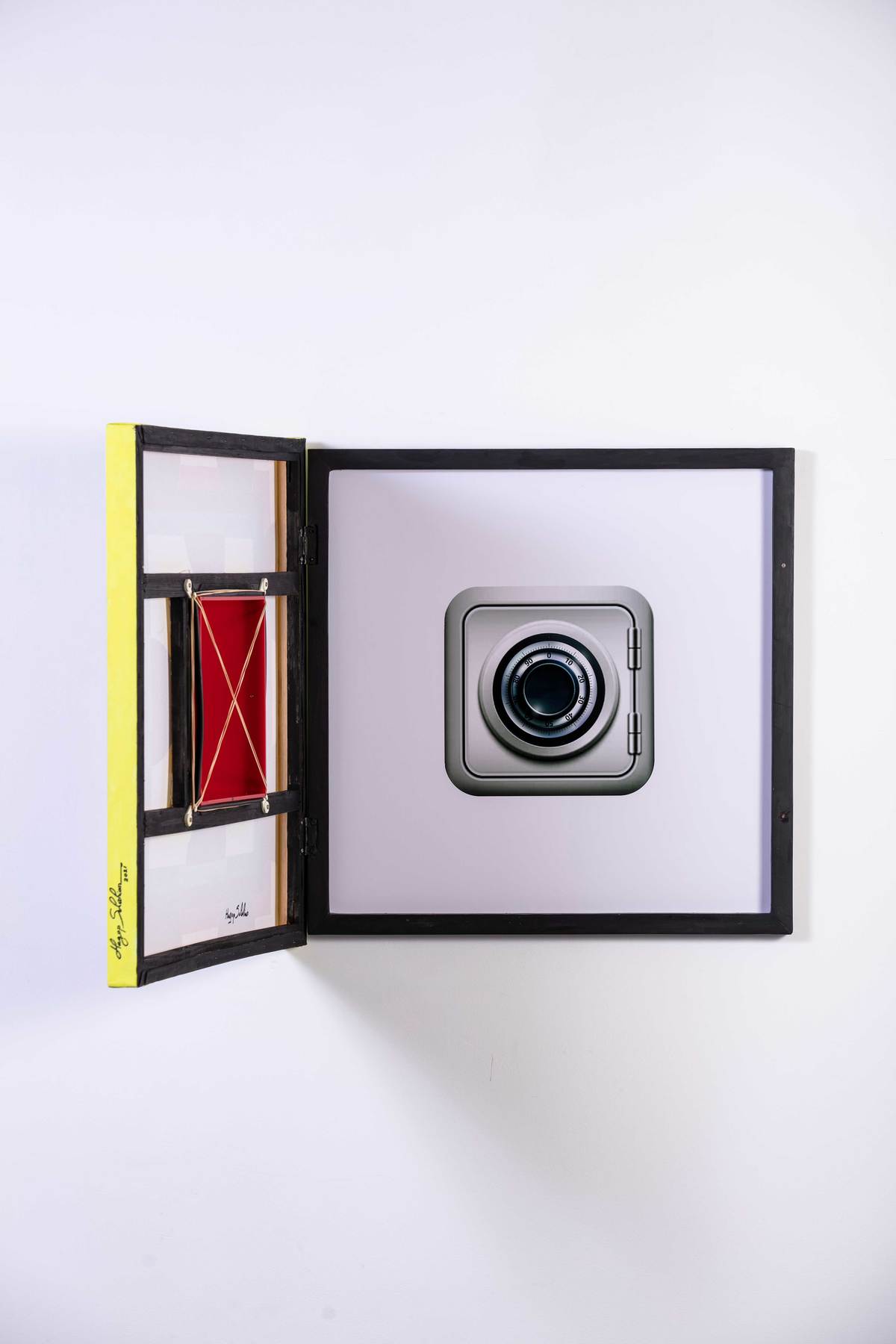 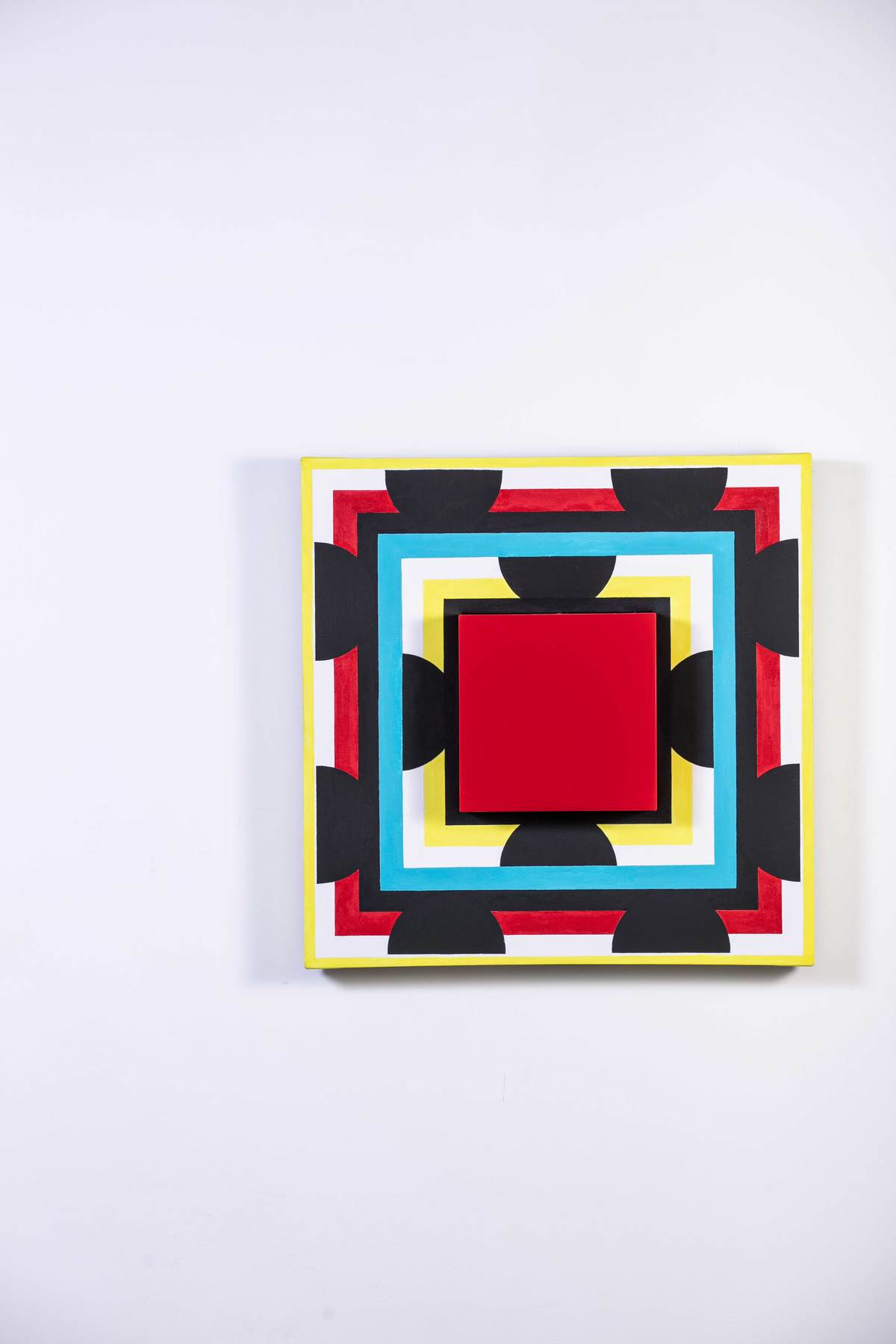 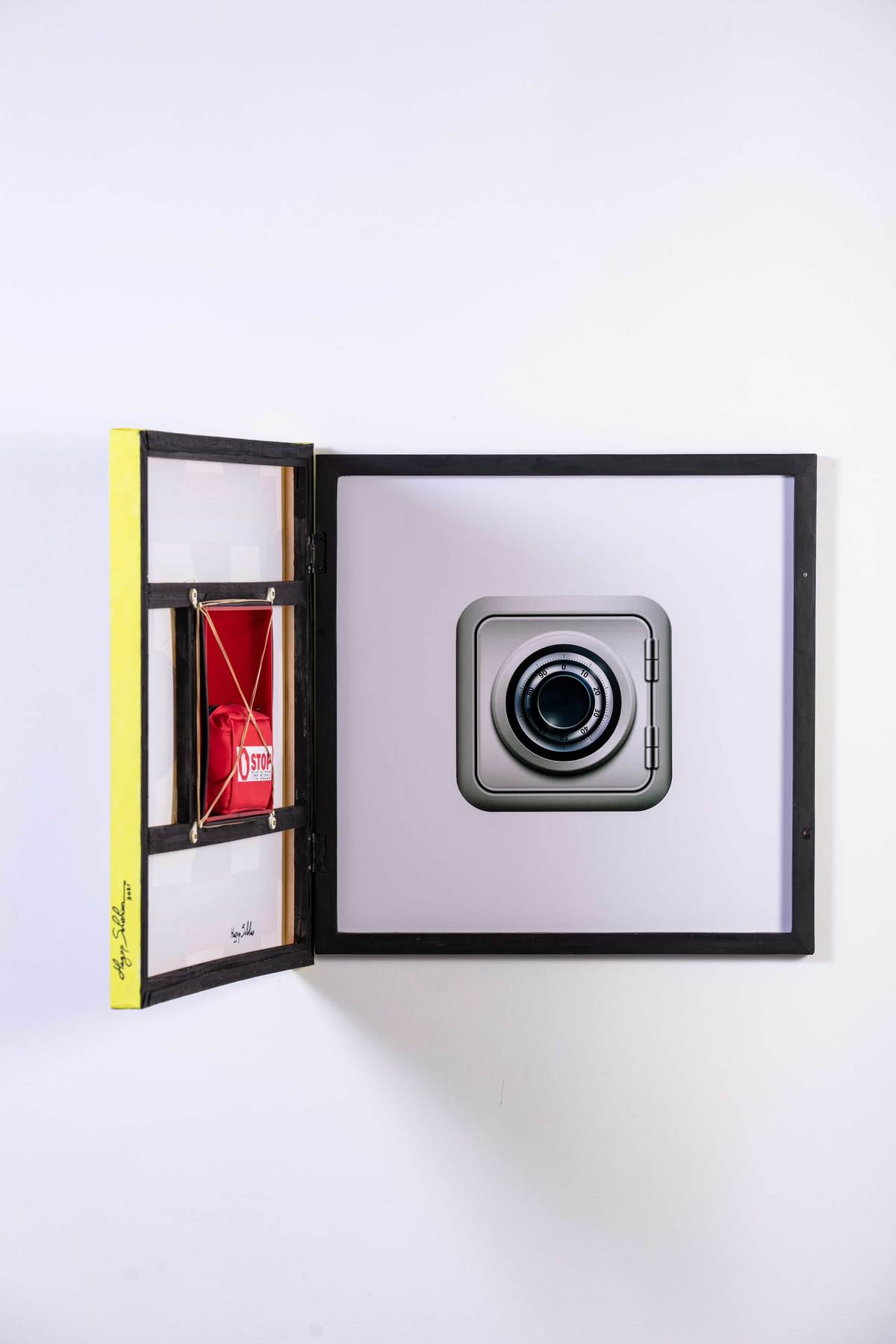 Painting in Acrylic on Canvas, Box in Plexiglas with Accessories
65 x 65 x 11 cm

"The functional art piece is an abstract painting graphically creating a three-dimensional impression as the concentric squares made with a special selection of colors take the attention of the viewer towards the central piece which is a fiery red that is transformed from a graphic three-dimensional art piece to an actual three-dimensional object which juts out of the canvas.
The predominance of the central piece is emphasized by the change of the material from canvas to Plexiglas and even more accentuated by its glossy surface.
Functionally the whole piece is nothing but a façade piece similar to art pieces that cover safes behind them, but in this case the trophy is within the RED BOX that becomes instantly visible once opened on its side hung hinges and held into place by a pack of protective masks.
Thus, the emergency kit is within reach but cleverly tucked with easy and simple access to it when needed as all it takes is to “open” the artwork and grab the kit inside.
As an architect and artist, my passion is a mix between orderly discipline and artistic chaos and how to find a balance between the two. The geometry in the artwork is broken up by the rebellious semi circles that are visual anti-gravity capsules that put the whole piece in a state of visual suspension leading to the RED SQUARE that serves as the focal point which has the LIFE BOX discretely tucked behind it. I have always in my architectural designs tried to marry functionality, space and aesthetics, a blend which is aspired by many and alluded by most designers.  "
Courtesy of the artist
Beirut, Lebanon