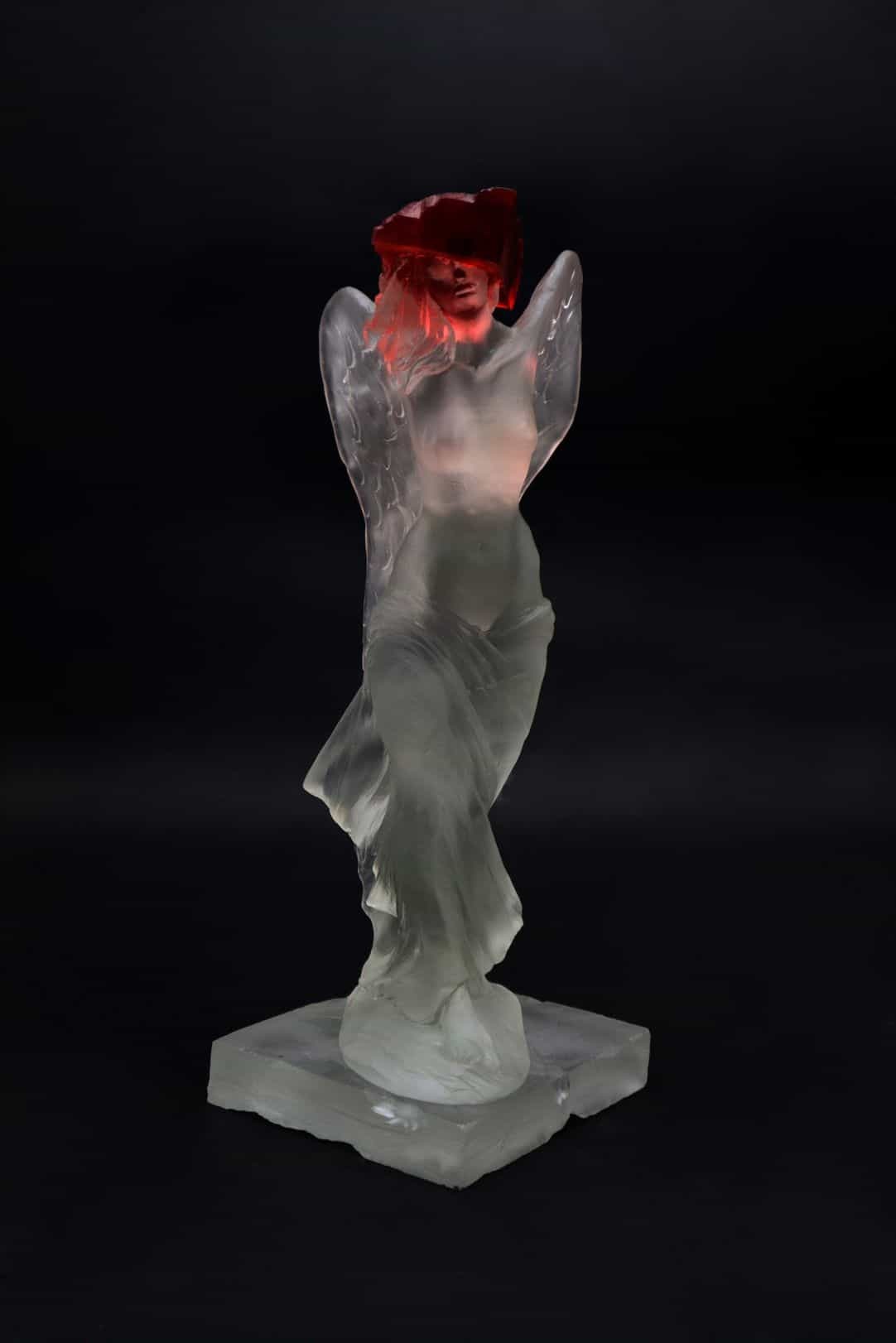 Lives in Russia
Sculpting mostly in bronze or occasionally in resin, artist Maysan Salman explains the psychology behind his work, in which the human being and emotions the focus: “I’ve always worked on exposing the inner world of the individual, paying attention to the perception of the human body, trying to convey the aesthetic aspects of the strongest emotions. Projecting the sadness, weakness, fears, incapability and sometimes even the ugliness and perversity of mankind. “
Born in Tartous, Maysan Salman (1984) received his BA from the Faculty of Fine Arts, Damascus University and his MA from the Russian Academy of Arts. While Salman’s work displays the musculature of the human body, he also hints at the figure’s psychological state, displaying contortions in the posture and face indicating a tension or possible suffering.
In addition to numerous exhibitions in Syria and Russia, his work has been shown in Lebanon, Singapore, the UAE and Slovakia.