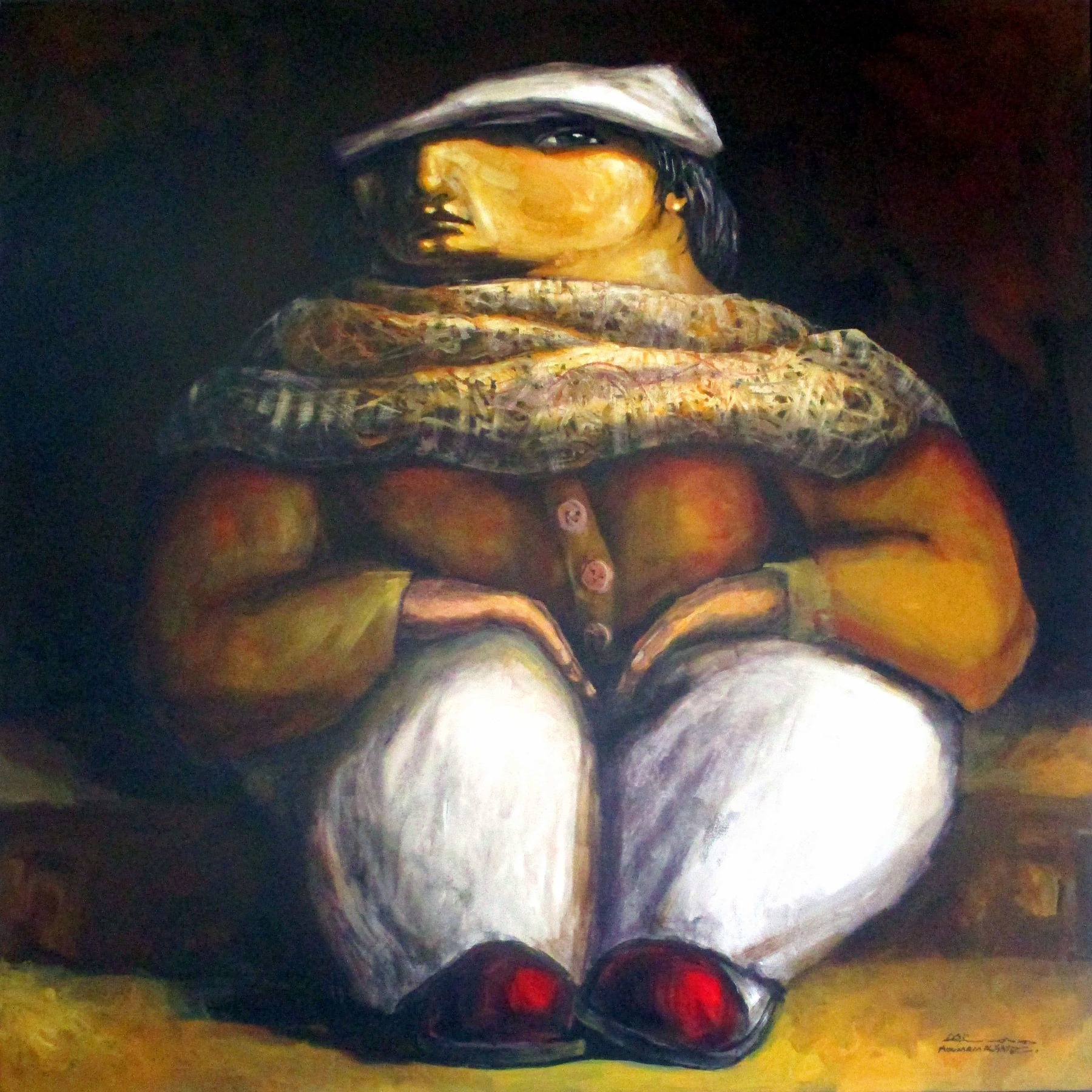 Note: A Certificate of Authenticity will be provided upon acquisition

Lives in Lebanon
Known for the ubiquitous figures that populate his large-scale paintings, Houmam Alsayed explains the idea behind their creation by saying: “The characters that I illustrate are examples of the people who have been living in this region for centuries. What I am trying to show through my work is not confined to our current situation. This is about what has happened to us over many hundreds of years.”
Born in Masyaf, Houmam Alsayed (1981) graduated from the Department of Sculpture, Institute of Applied Arts in Damascus in 2003. In his work, he depicts the recurring figure of a stooped man with a bulbous nose and wide set eyes wearing a cloth cap. Putting the character in a variety of situations, his facial expressions depict nuanced, emotive states such as self-reflection, bewilderment and stoicism. This figure conveys, in our era, “the failure of all political, social and religious legends… You can find symbols referring to these legendary figures in my work. These figures are not only nostalgic about the past but also fearful about the future,” says the artist.
Alsayed has exhibited at venues such the British Museum, London; Agial Art Gallery, Beirut; BOX Freiraum, Berlin; Mark Hachem Gallery, Paris; White Box Projects, New York; Anima Gallery, Doha; Ashkal Alwan, Beirut and Showcase Gallery, Dubai.