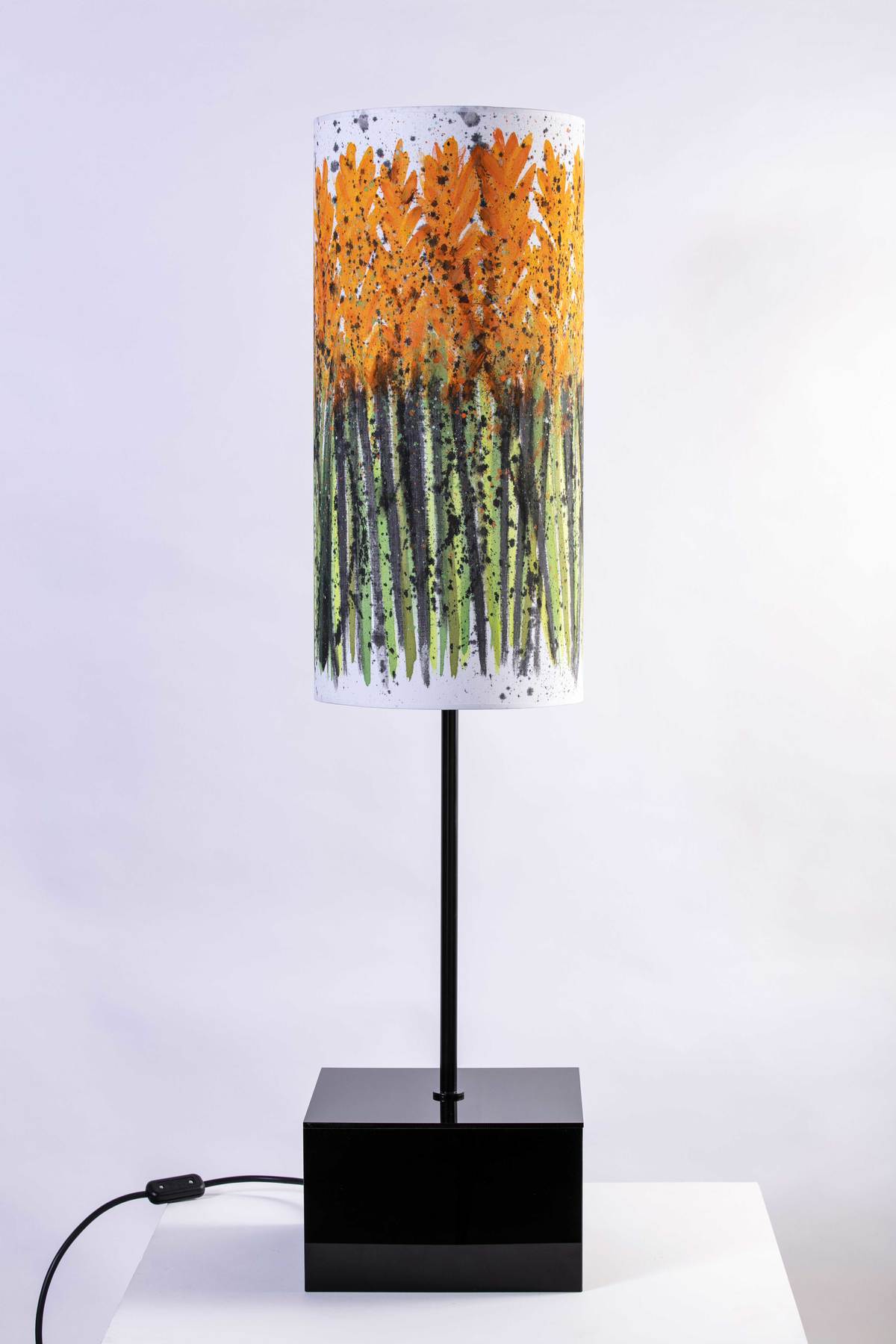 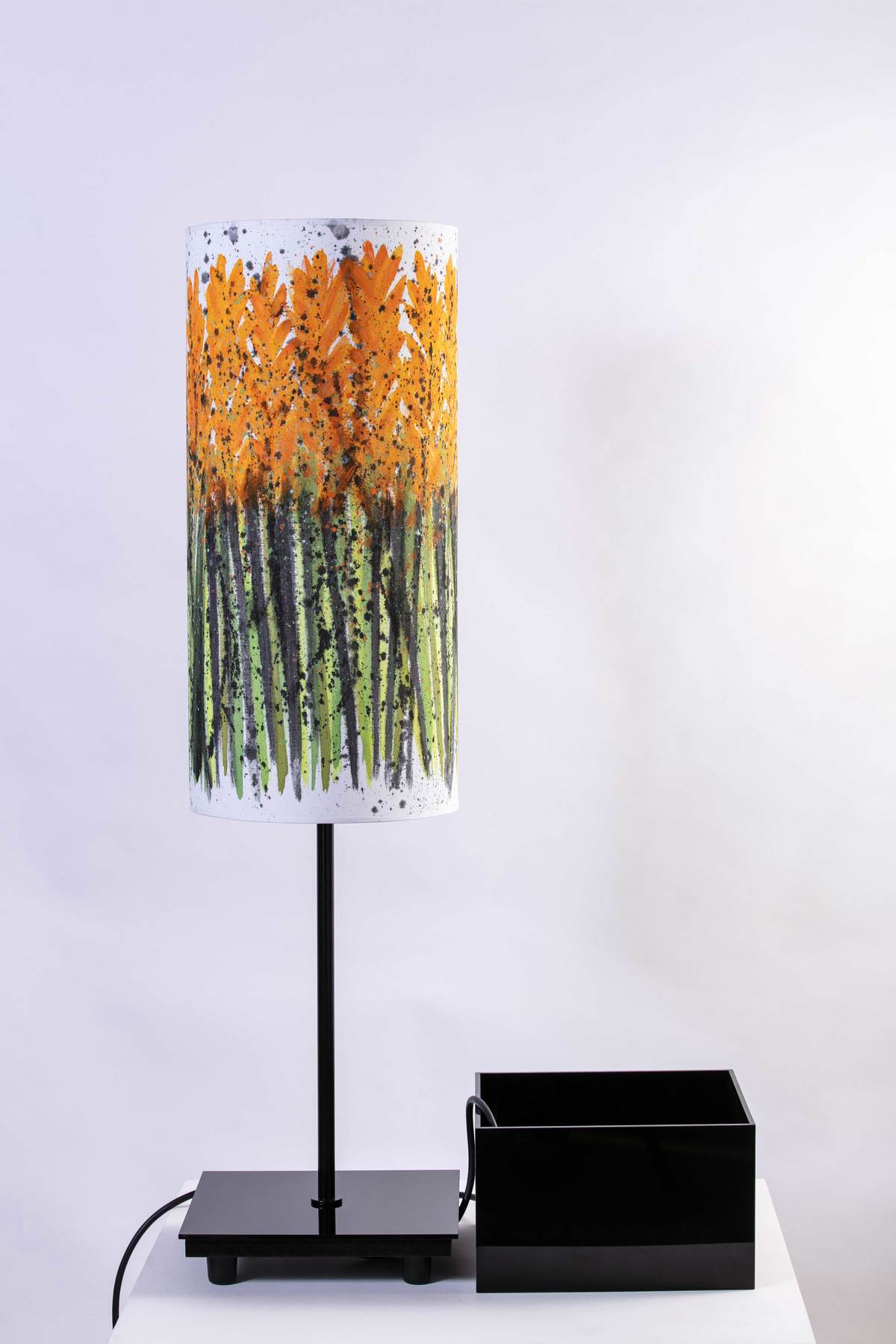 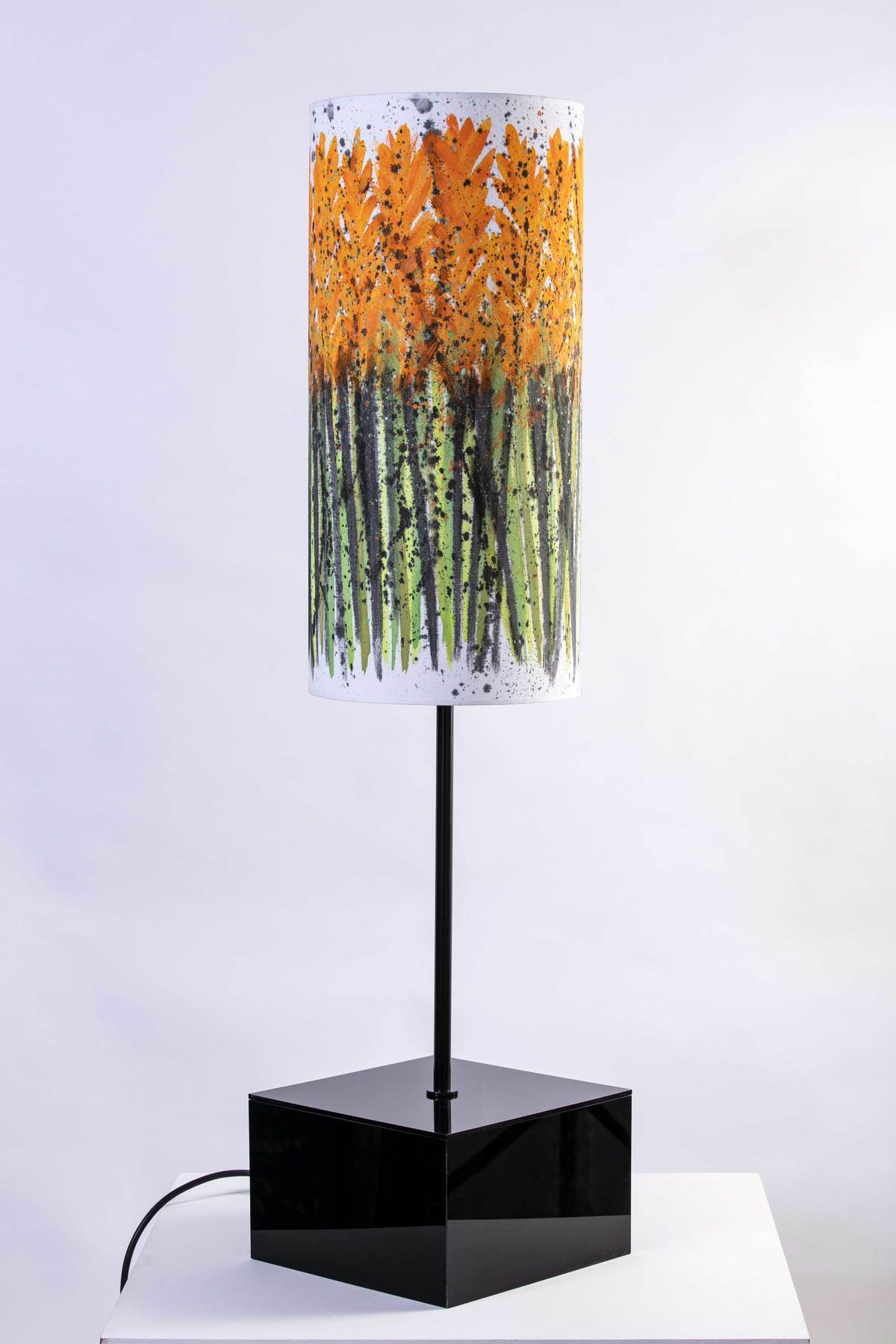 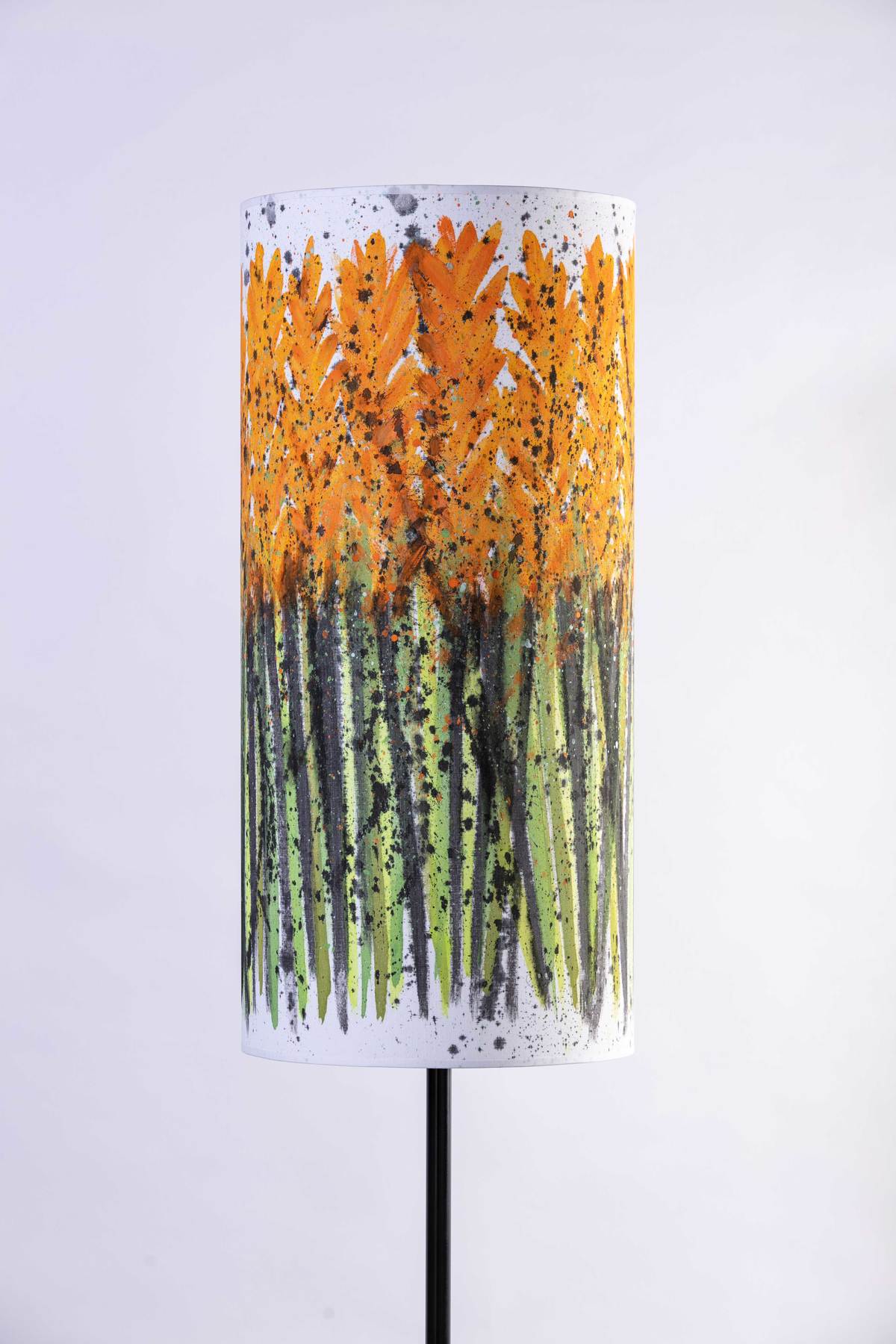 "The art piece which is basically a lampshade displaying on special canvas a bunch of spring flowers on green stalks with an explosion of variable hues. The symbolism of it being a source of light emphasizes what a scene of blooming flowers has in terms of positive effect on someone’s mood. Meanwhile the emergency kit is within reach but cleverly tucked inside the base of the lampshade with easy and simple access to it when needed as all it takes is to lift the shade from the rod and grab the kit inside.
The artwork is a reflection of how I see life, full of colors, flowers blossoming bringing joy and filling people with optimism. In these days of hardship and all kinds of difficulties it is even more challenging to be optimistic or to find hope in anything around us. But without hope there is nothing. As the seasons pass and the flowers fade, dry out and fall, it is the hope of the next spring that keeps us going, that feeling of sustainability is the motor that drives us forward despite anything and everything.
As long as there are more springs to come there is as much hope for a better tomorrow."
Courtesy of the artist
Beirut, Lebanon