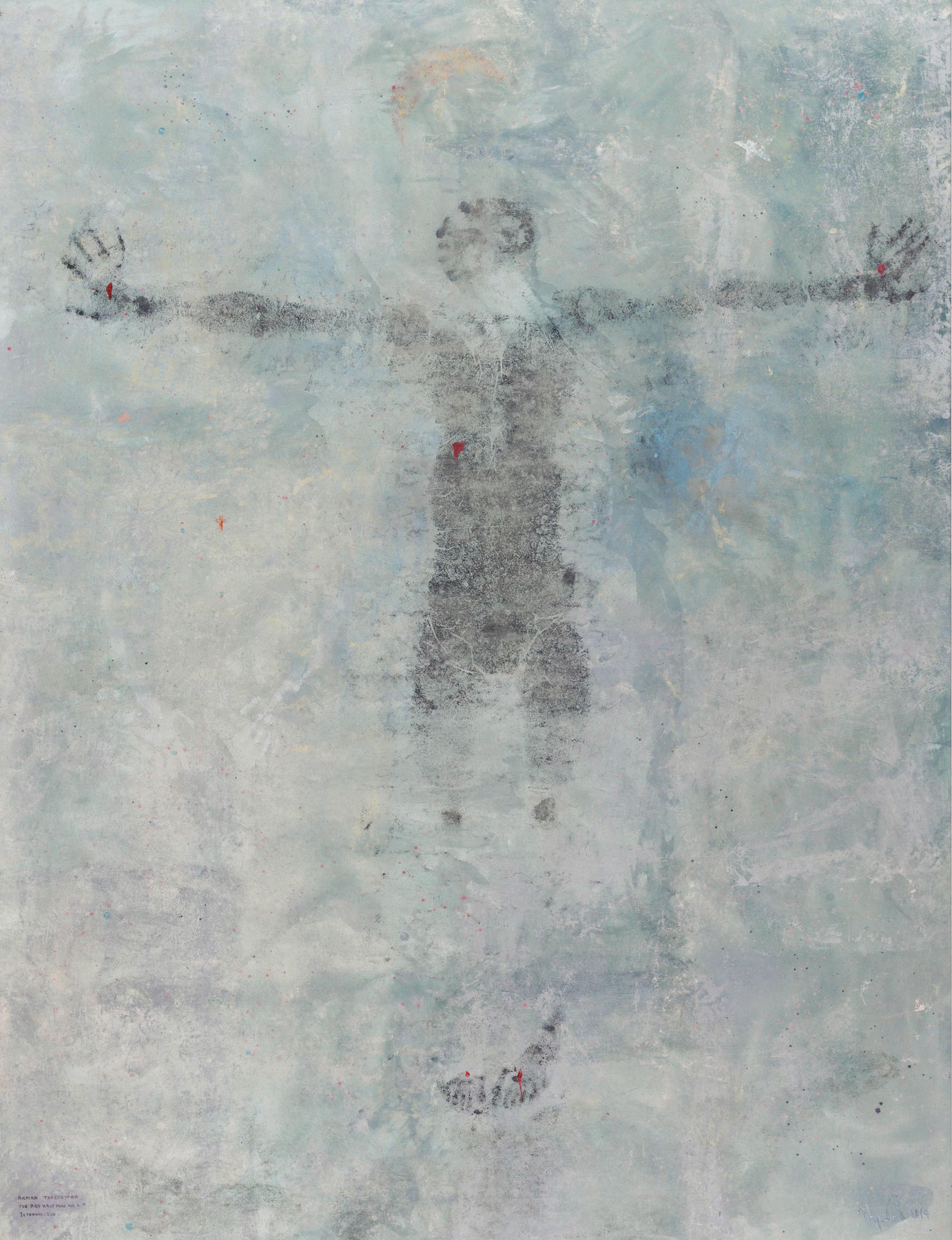 “Arman Tadevosyan, reveals the ‘invisible’ aspects of the body. It materializes, allowing its physical and anatomical character to be seen in largely a symbolic way. The object of his painting is the human being himself, “inscribed” on the canvas. This impression, while raw, direct, without mediation, paradoxically allows one to see within the painting, the spiritual trace of the bodies. The one that contains the complexes, the trace of past events - sometimes rejection, exile...sometimes the discovery of what was hidden, veiled… These body prints dissolve in a colored mist, seeking an organic relationship, they are barely visible, creating the impression that bodies are moving in space, caught in a cosmic movement”. Gohar Smoyan

Arman Tadevosyan was born in Leninakan (Gyumri), Armenia in 1983 and, since 2010, lives and works in Nancy, France. In 1988, when he was 5 years old, an earthquake hit Leninakan. The destruction and despair that he saw after the earthquake has been engraved in his memory. In 2008, he completed his studies at Gyumri Academy of Art in the department of visual art. Currently, he is working in a spectrum of visual arts, which includes paintings, video, photography. Arman Tadevosyan is co-founder of 5th Floor Cultural Group, which was established in 2006. In 2010, he started to work for Nancy Film Festival to create a screening of Eastern European films and directors. Since then, many projects has been curated and released by Arman Tadevosyan, serving as a bridge between artists in the South Caucasus region and France. In 2011, he initiated "Frozen" project, artist residency in Kars-Gyumri-Diyarbakir. Between 2012 and 2014 he did a coordination of "Transkaukazja" and “Borderland54” projects in France. His work has been shown in many group exhibitions around the world. Selected personal exhibitions include Cathedrale of Metz, Gallery Socles et cimaises, Cathedrale of Fürth, Gallery La Douëra , Gallery 9, Gallery Madame de Graffigny, amongst many others.