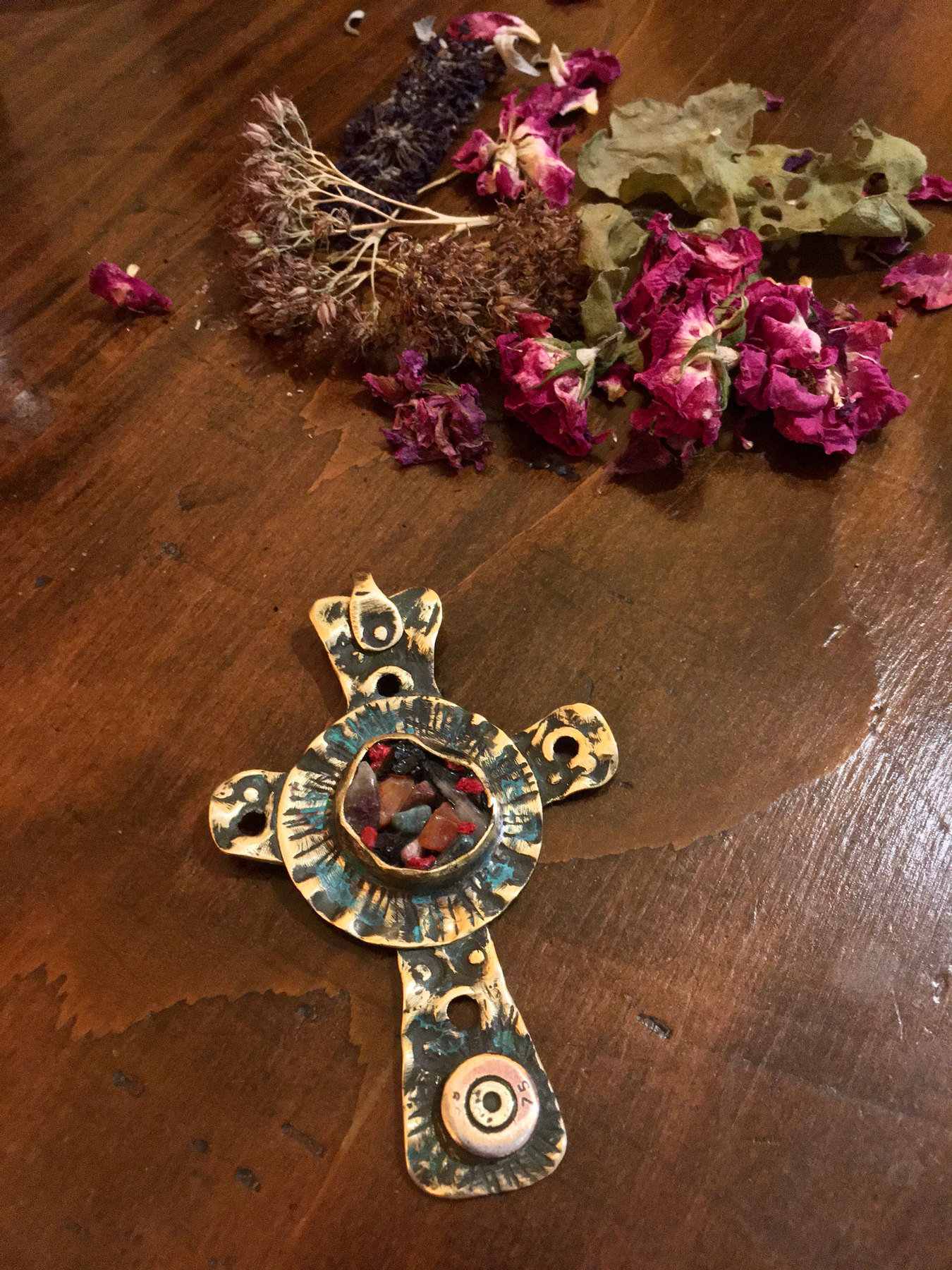 HayAr Jewelry aims to convey a message of peace in Armenia and through the world through its jewelry. Artak Tadevosyan makes each piece from bullet shells and weapon remains, redirecting the energy of a bullet towards becoming something beautiful. HayAr pendants, bracelets and rings are all handmade using Artak’s self-made tools.

Born in Leninakan Gyumri, Armenia in 1981, Artak Tadevosyan completed his studies in 2006 at the Gyumri Pedagogical Institute in the department of visual art. Frequently going on leisure hikes in the hills around Gyumri, Tadevosyan’s daughters would often find bullet shells along the way and ask their father why there were so many. Having to explain the purpose of these bullets, a conversation resonated with the artist, eventually giving way to the idea of creating an alternative purpose for these bullets, one in which materials need not to be associated with violence anymore. In 2016, Artak began to build his own line of jewellery, ‘HayAr Jewellery’, using these repurposed bullet shells, cartridges and remnants of mines that he found in and around Gyumri into intricate pieces of earrings, rings, bracelets, pendants and more. Self taught, Artak has transformed the story of a bullet from one of decimation to one of aspiration. What’s more, the artist creates these pieces using tools of his own making, in complete improved means. He melts, bends and cuts various parts of the discarded military equipment in his basement, which has become his workshop. His work has been shown in multiple galleries around the world, notably in France, Russia, USA, Germany and Armenia.