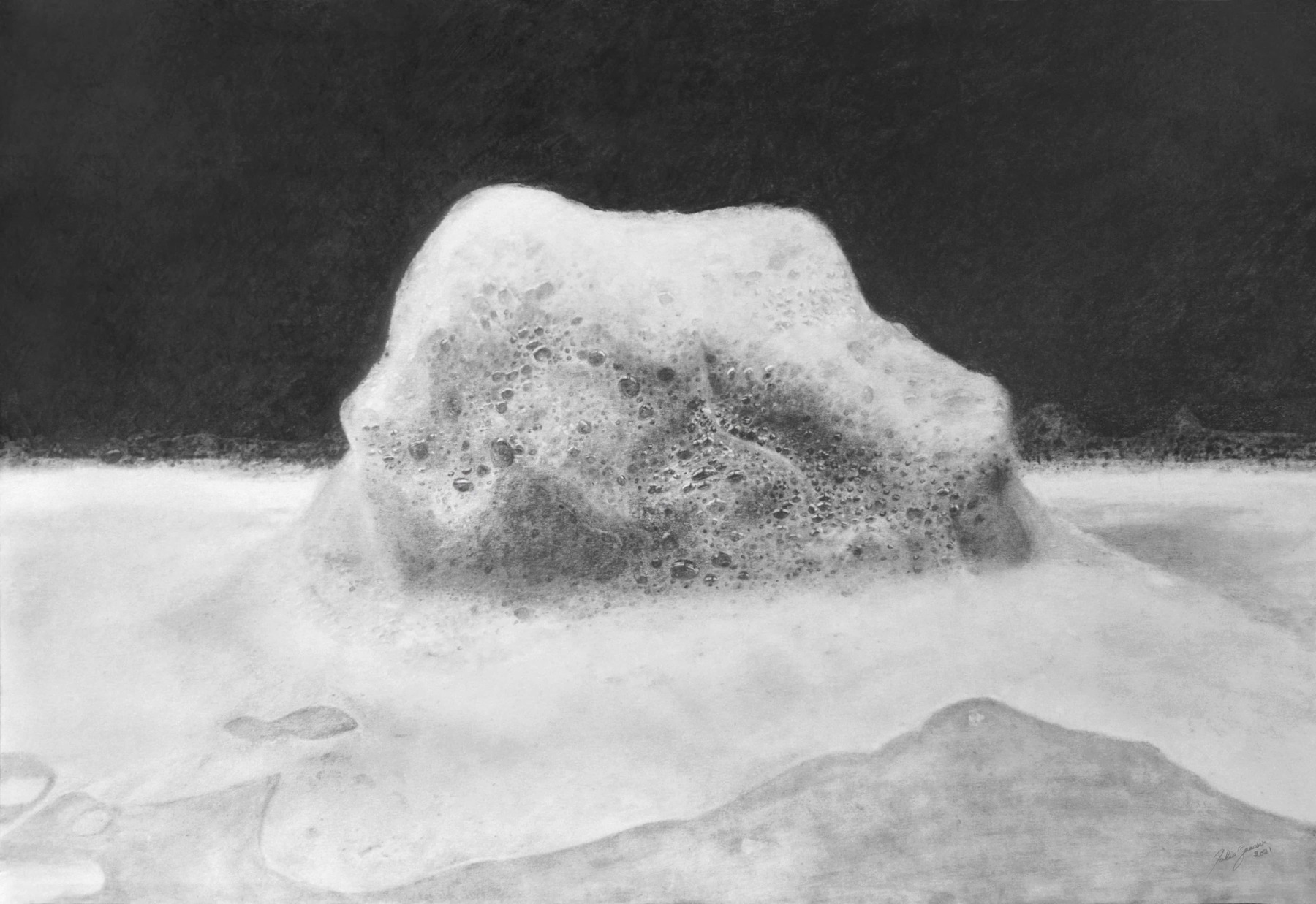 Is cleansing Beirut possible? This city has continuously been engulfed in smoke since the outbreak of the civil war in 1975. Can we really get rid of this accumulated dust over the years? Should we wipe away the residues of the past when they are so deeply rooted in our memories? I am in a constant search to find a relationship between art and daily life. For instance, while washing the dishes, I try to find answers by observing the soapsuds; I am captivated by their delicacy and softness. They quietly dematerialize into the void, never resting, while emitting a tender subtle sound. My work starts in the kitchen, specifically at the sink. I create forms with soap foam, take pictures of them and then watch them dissipate and disappear peacefully. This daily dialogue with soap has become an urge; a serene ritual which allows me to confront my fragility and soothe the wounds of my city.