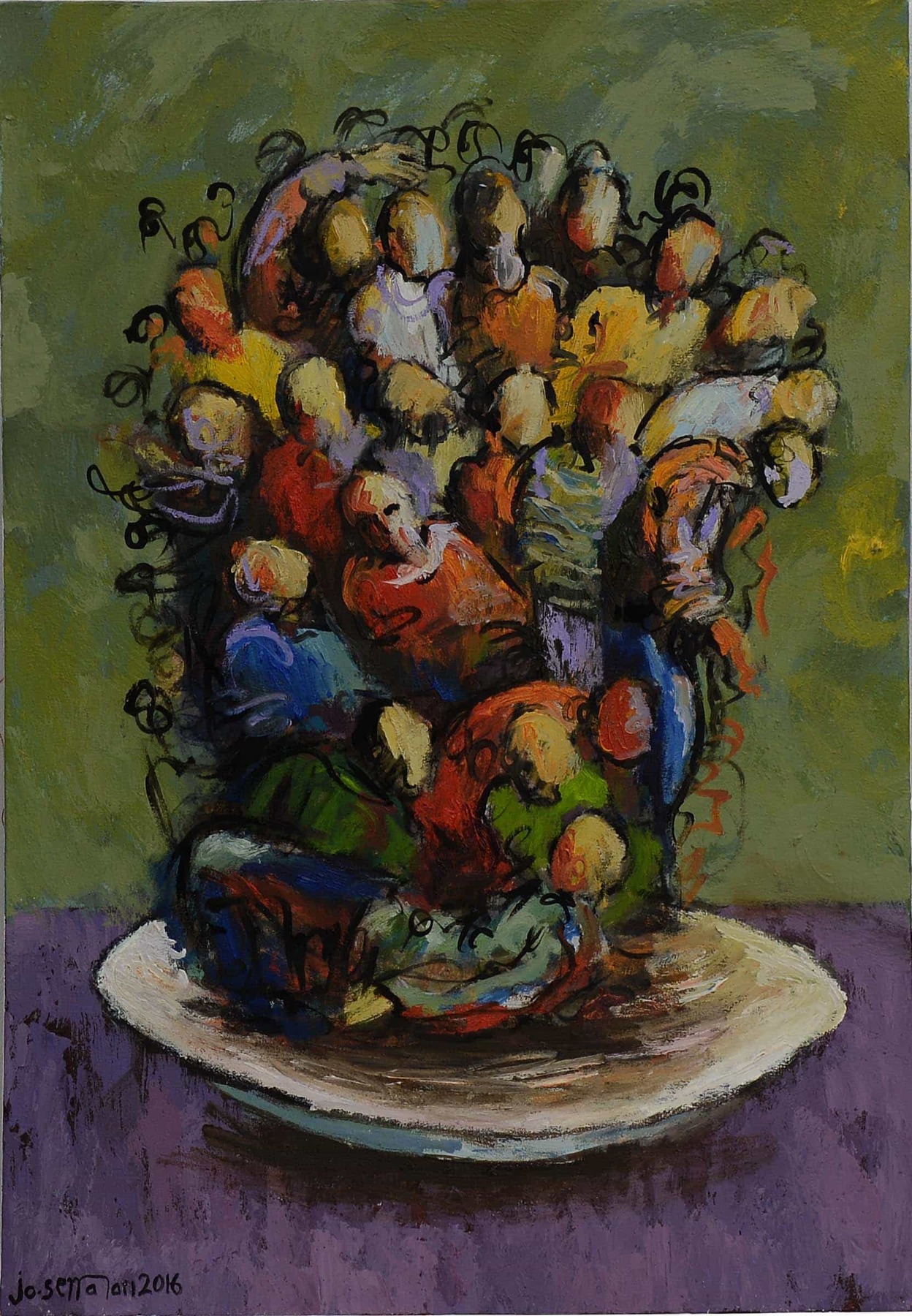 Lives in Lebanon
Similar to a theatrical stage, the carefully coloured backgrounds in Johnny Semaan’s paintings support the characters that evolve on them, giving them a set and props to use as a foundation for their performance. He uses colour to express meaning and also as an emotional layer, which he emphatically declares as: “Colour remains my third lung, the one that saves me and keeps me alive. ʺ
Born in Lattakia, Johnny Semaan (1983) graduated from the Faculty of Fine Arts, Damascus University and received a Master's degree in Plastic Arts from the Lebanese University in 2019. He worked as an instructor at the Faculty of Fine Arts, Tishreen University and is the founder of Zografow workshop for children. In his work, Semaan conveys narratives through figural posturing and symbolism rather than direct facial expressions, making references to love, absence, grief and even politics.
In 2019, Semaan received the Boghossian Foundation Prize and has exhibited throughout Syria and Lebanon.