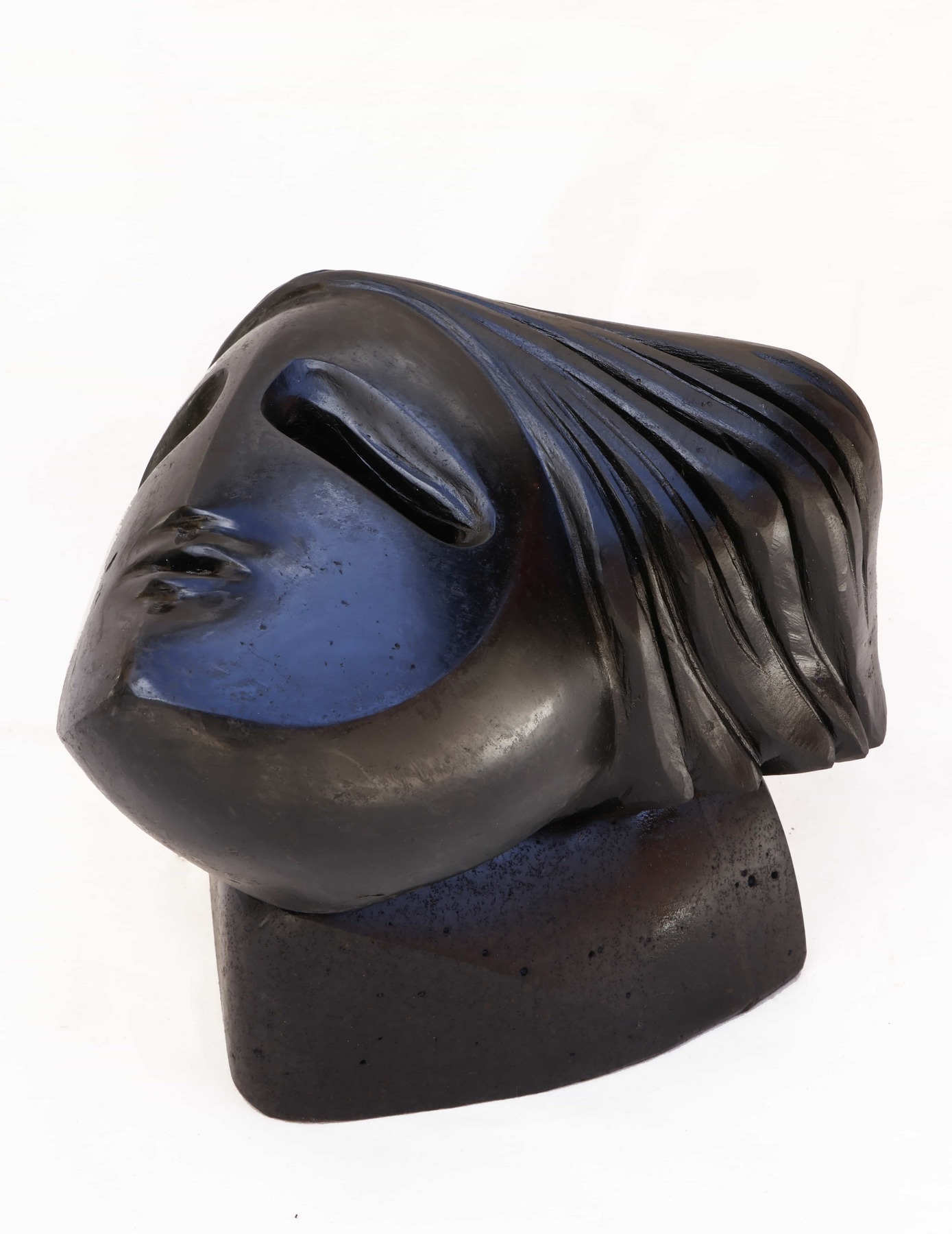 Lives in Syria
Working in wood and stone sculpture, Aktham Abdulhamid’s work is influenced by regional ancient civilisations instead of the Western model of Greek and Roman sculpture that he studied at university. He explains that his work has helped develop “the process of dealing with heritage topics and mythological symbols in a way that serves modern art” in Syria.
Born in Jabla, Aktham Abdulhamid (1955) graduated from the Department of Sculpture, Faculty of Fine Arts, Damascus University in 1981. He taught at – and was later appointed the head of – the Institute of Applied Arts in Damascus. Afterwards, Abdulhamid moved to Spain, where he became the Director of the Syrian Cultural Centre in Madrid.
Stemming from a long artistic study of Syrian mythology and traditional art, Abdulhamid forms his sculptures using modernist techniques. Minimalist and abstracted, his work
condenses the human body into rich visual symbols that have ancient references. Abdulhamid has participated in exhibitions and symposiums in Syria, Jordan, Cyprus, Spain, France, Germany, the UAE, Egypt, Bahrain and Hungary. His works have been acquired by the Syrian Ministry of Culture, the National Museum in Damascus, and are within private collections internationally.