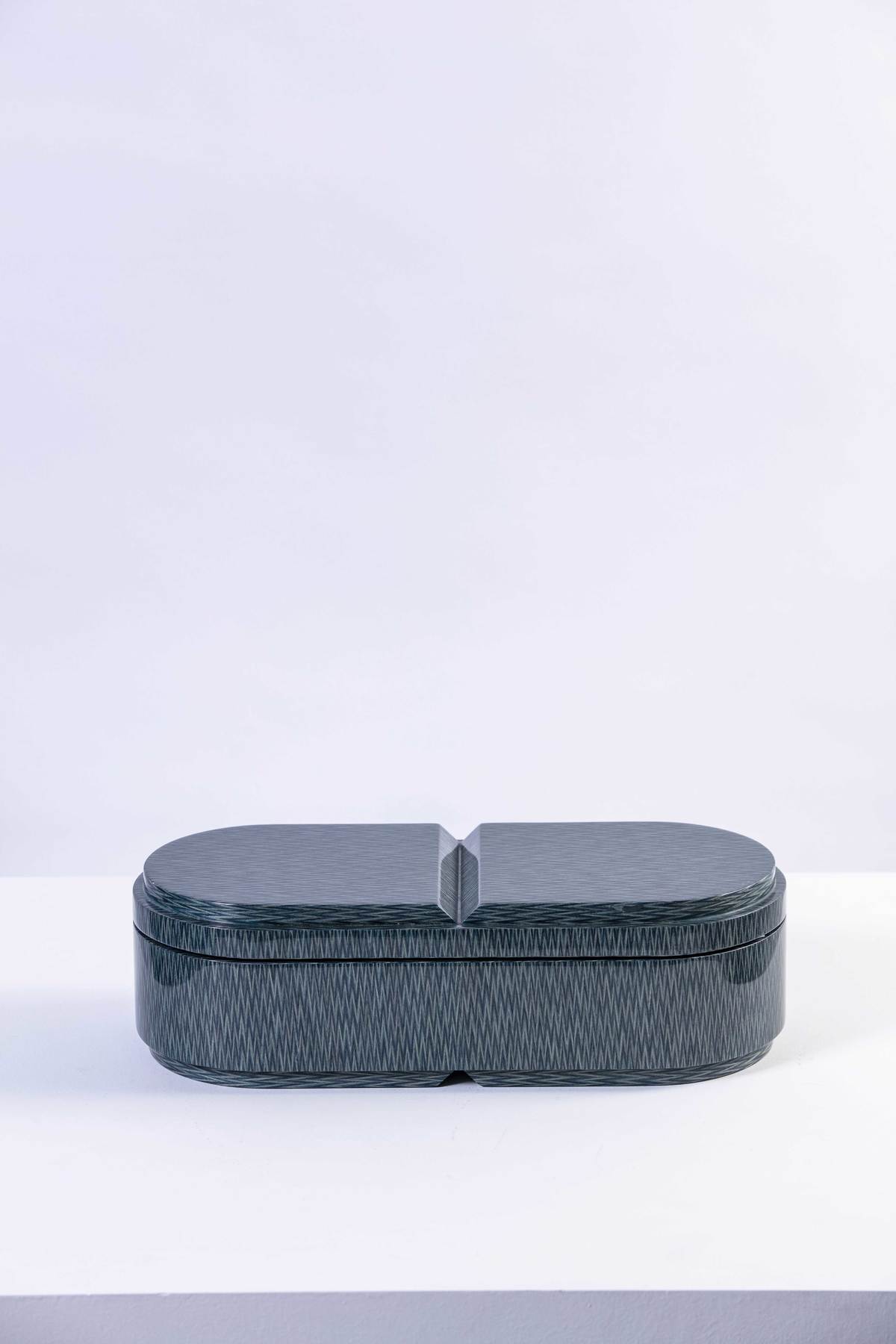 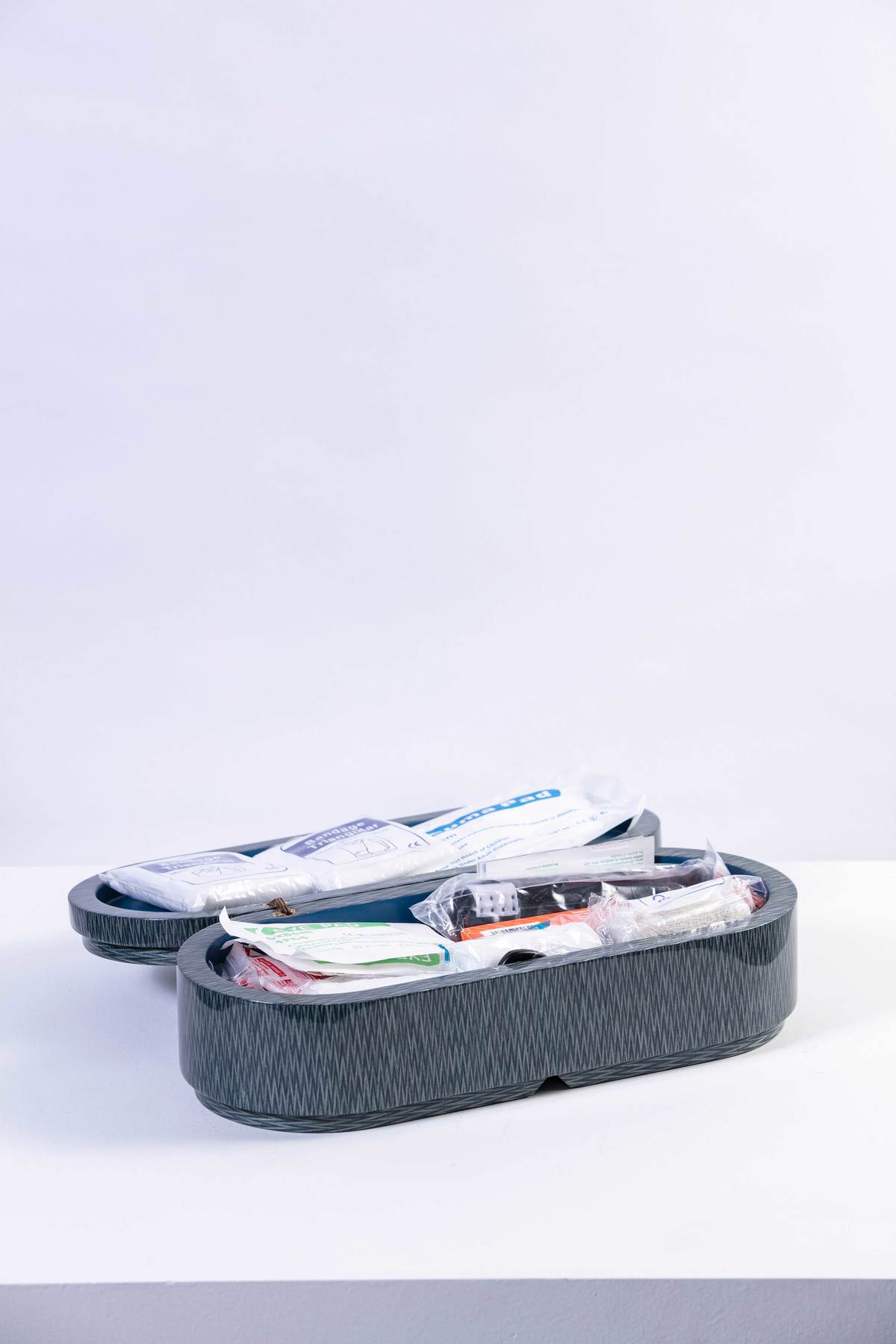 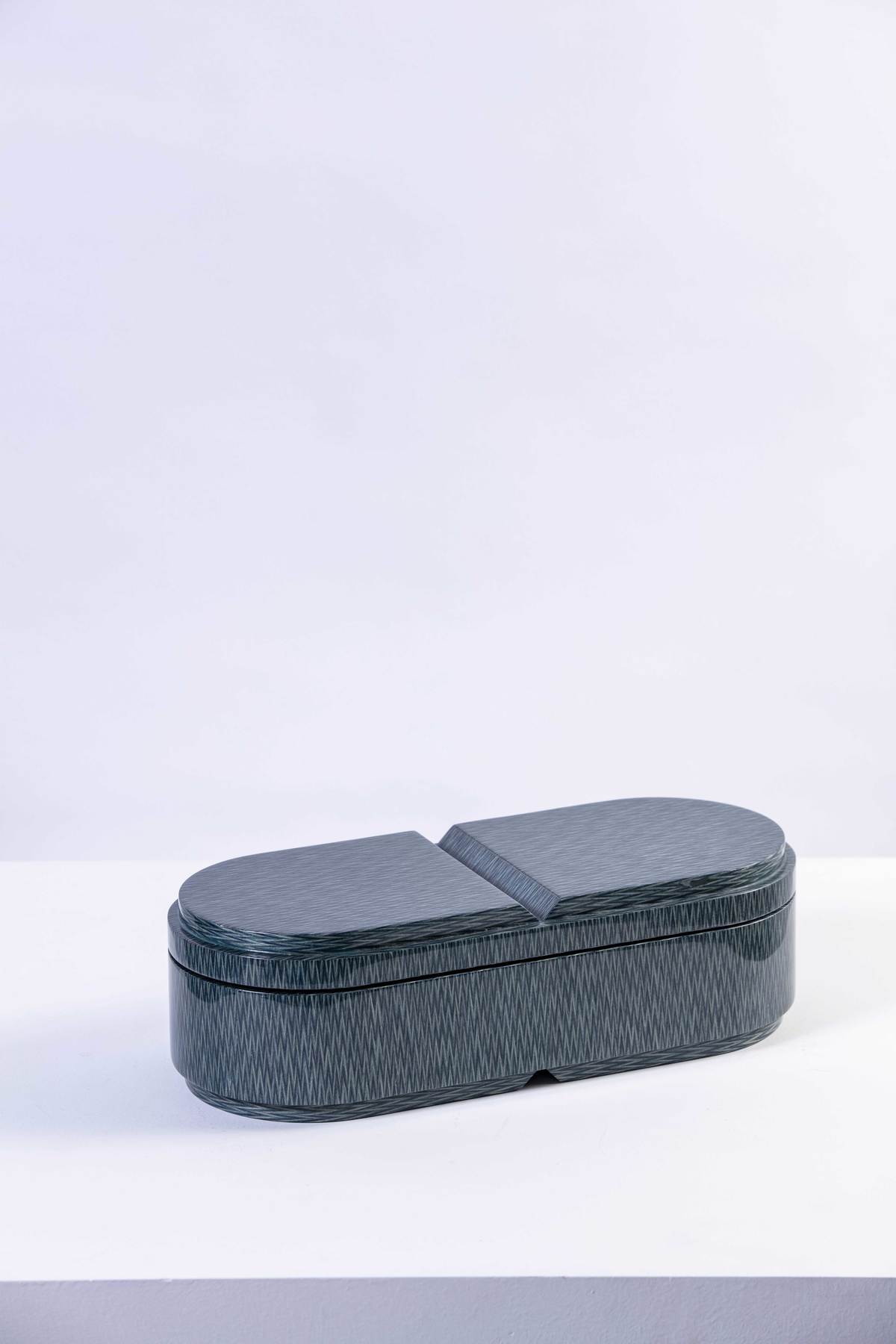 "The concept is based on Missir’s reflection on first aid kits - thinking how accessible, fast and practical it would have been if only they were to exist in real life as actual life-saving pills that a person would take in a case of emergency therefore saving that person’s life or relieving his or her pain and discomfort.
Unique piece in Blue"
Courtesy of the artist
Beirut, Lebanon

"Most people perceive interiors as the environments in which they live in, for designer Claude Missir interiors are a way of life.  The elegant simplicity of his designed interpretations express an undeniable universal appreciation appealing sophisticated minimalism induced by strokes of intuitive neutral palettes, sobriety awakened to the fusion and inclusion of distinct mentor and iconic furniture pieces, in counterpart to vivacious contemporary art and meticulously refined sets of accessorized objects.
Influenced by French modernist designers and architects of the 1930’s, Missir becomes visual interlocutor, his profound evolving style as narrative explained by his particular use of natural materials and finishes satisfying clean symmetries and surfaces allowing for focused emphasis on the purity of spatial volume and the virtuosity of individual pieces that complete it.
The nascent demand for Missir’s interiors has encouraged him greatly, completing public and private projects internationally including recent commissions in France towards Parisian residences in Avenue Montaigne, Avenue du Président Wilson, and Champs de Mars, The Kempinski Hotel in Aqaba, Jordan, and various private and public projects throughout the UK, Switzerland, Middle East and Africa.
With passion and skill conglomerated, Missir’s apt abilities have translated natively into yacht interior design – completing prior commissions on the Adora, a 64-meter length Benetti yacht and the Maraya, a 54-meter length CRN yacht.
In between his working timelines and schedules, Missir has exhibited his product designs under numerous international platforms including most recently at Nilufar Gallery, Milan, Italy in 2018."