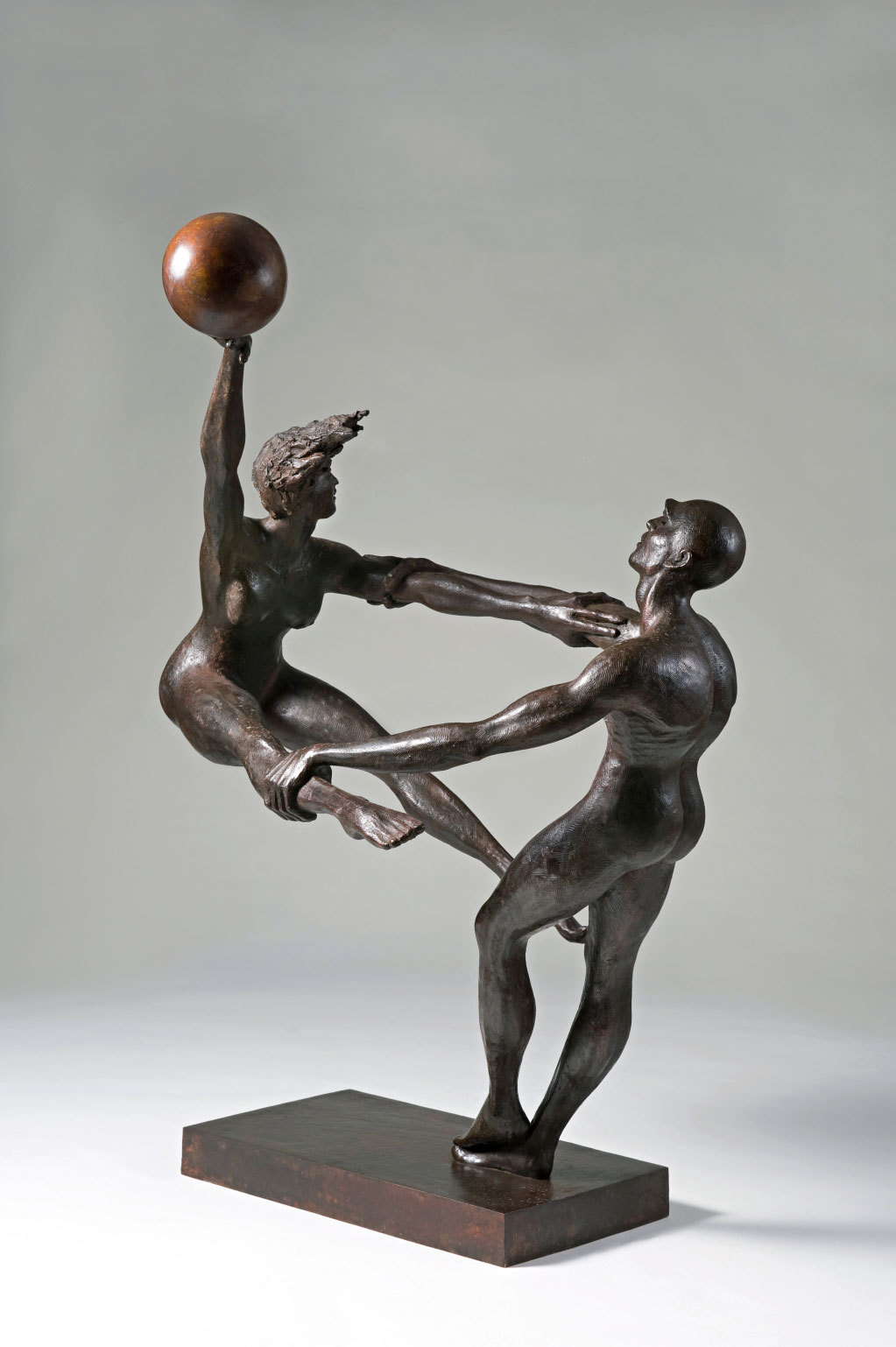 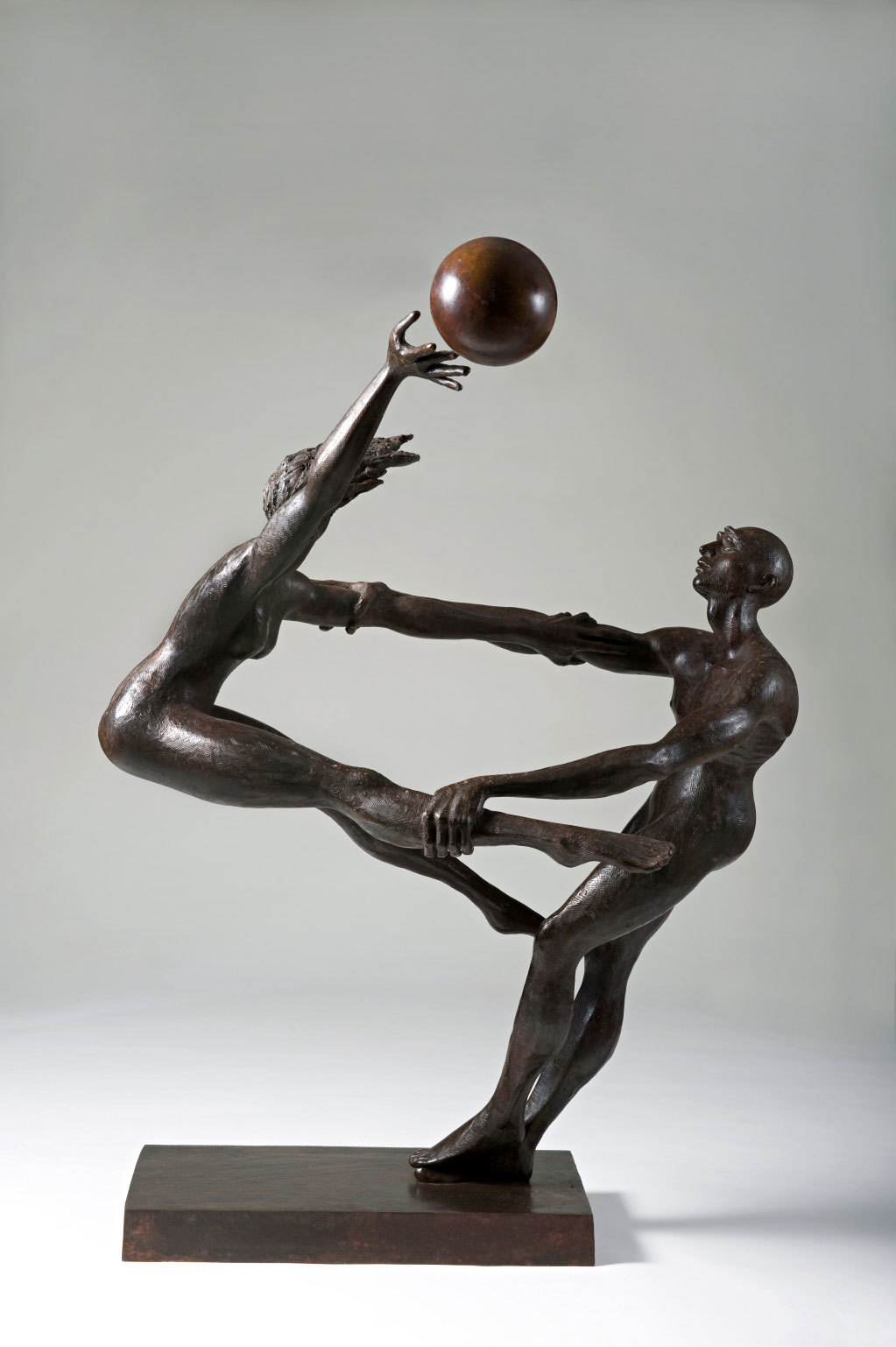 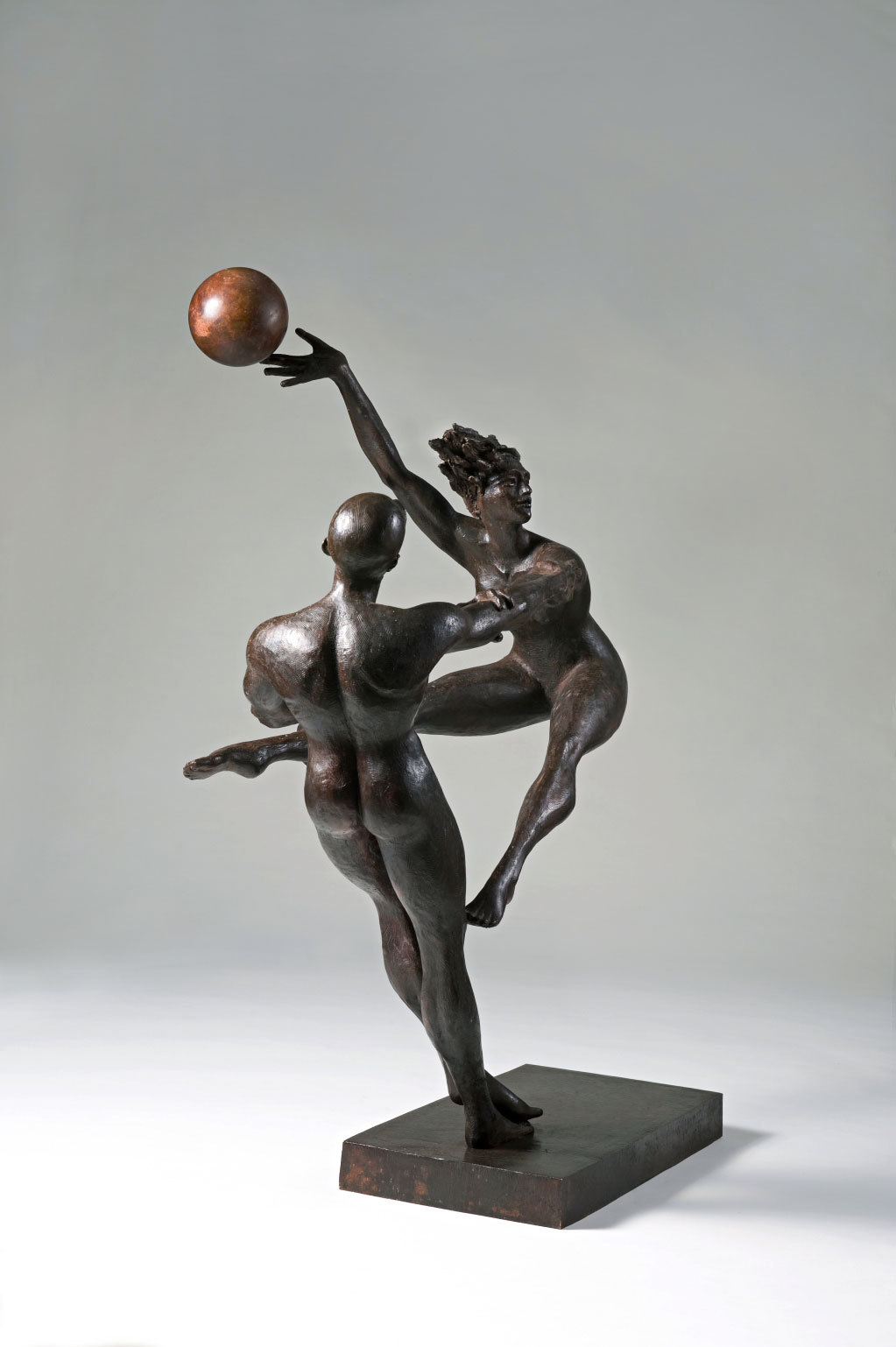 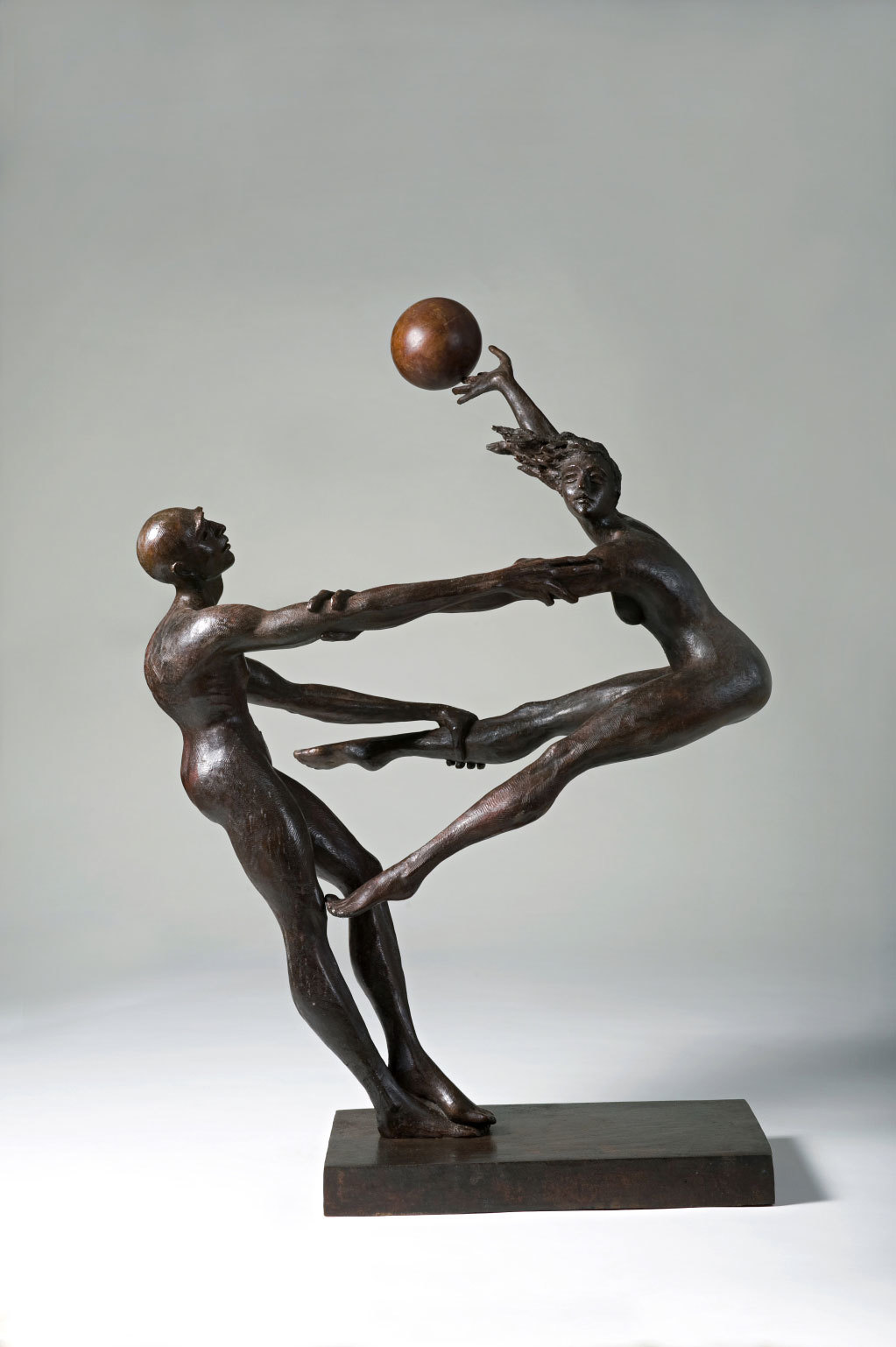 She's throwing the Earth They don't need it any more The most important thing is that they are together.

Raffi Tokatlian was born in Beirut, Lebanon in 1957. He is a sculptor of remarkable talent and is acclaimed as one of the finest figurative artists in his country. Raised in a family of Armenian artists, he grew up reading stories about art. Inspired by the 15th century painters, he was also influenced by surrealists and describes his style as ""Surrealmythoclassical"". Tokatlian absorbed an extended range of techniques mainly concentrating on the lost wax method of bronze casting and patinas.
He studied in Beirut at the Fine Arts School before moving to Paris in 1981, integrating the Ecole des Beaux-Arts in both fine arts and interior design. Tokatlian brings his skills, life experiences and the profound respect of mankind together in his powerful sculptures. He is a creator of a series of captivating works that celebrate freedom, justice and above all spiritual love in all its meanings.
His sculptures are found in many museums around the world and his solo exhibitions include locations such as New York, Tokyo, Moscow, Venice, Zurich, amongst others. A selection of his sculptures was permanently exhibited in his gallery «Connaissances des Arts» in DownTown Beirut, Saifi Village for twelve years and now he has relocated to his new gallery in Gemmayzeh.