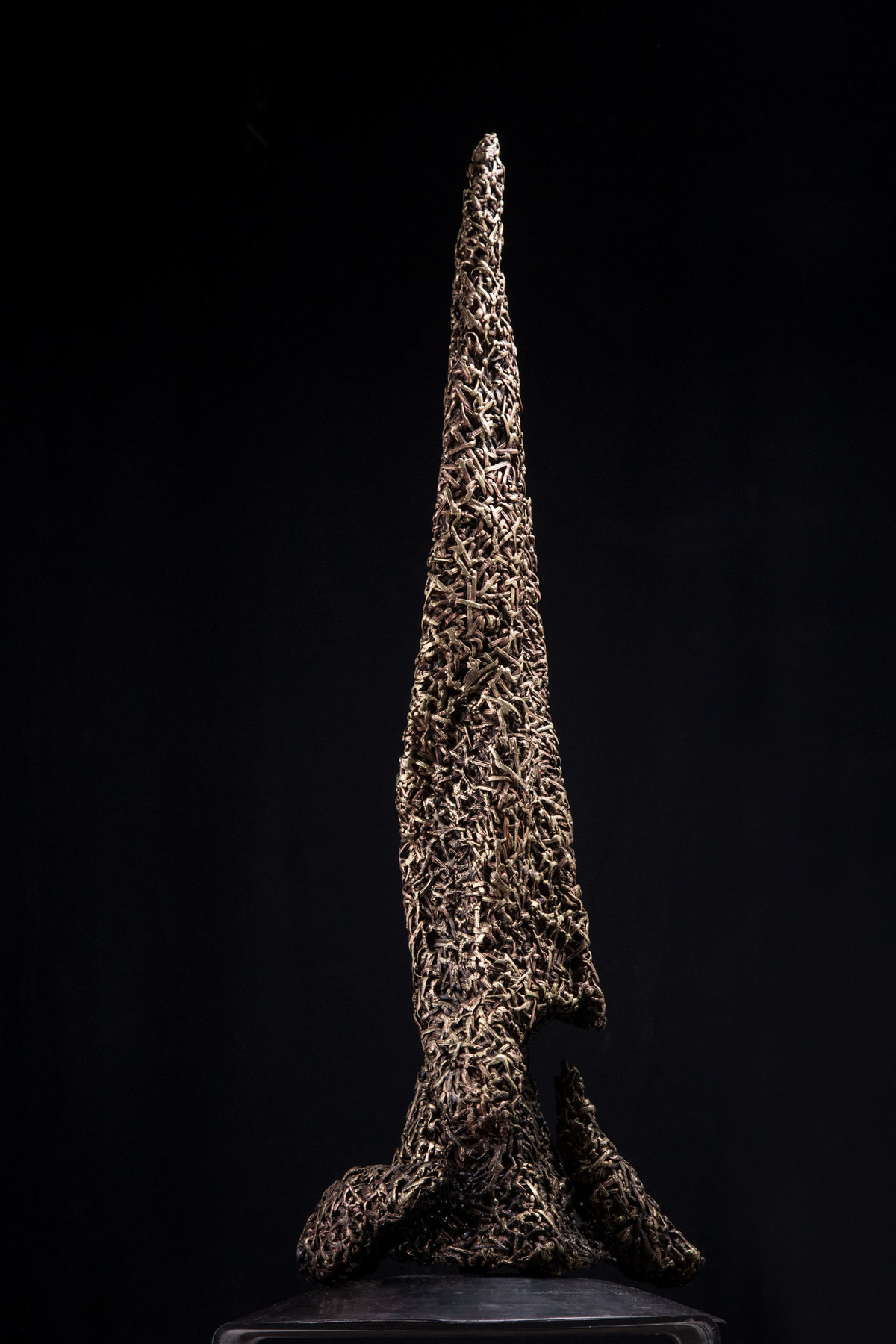 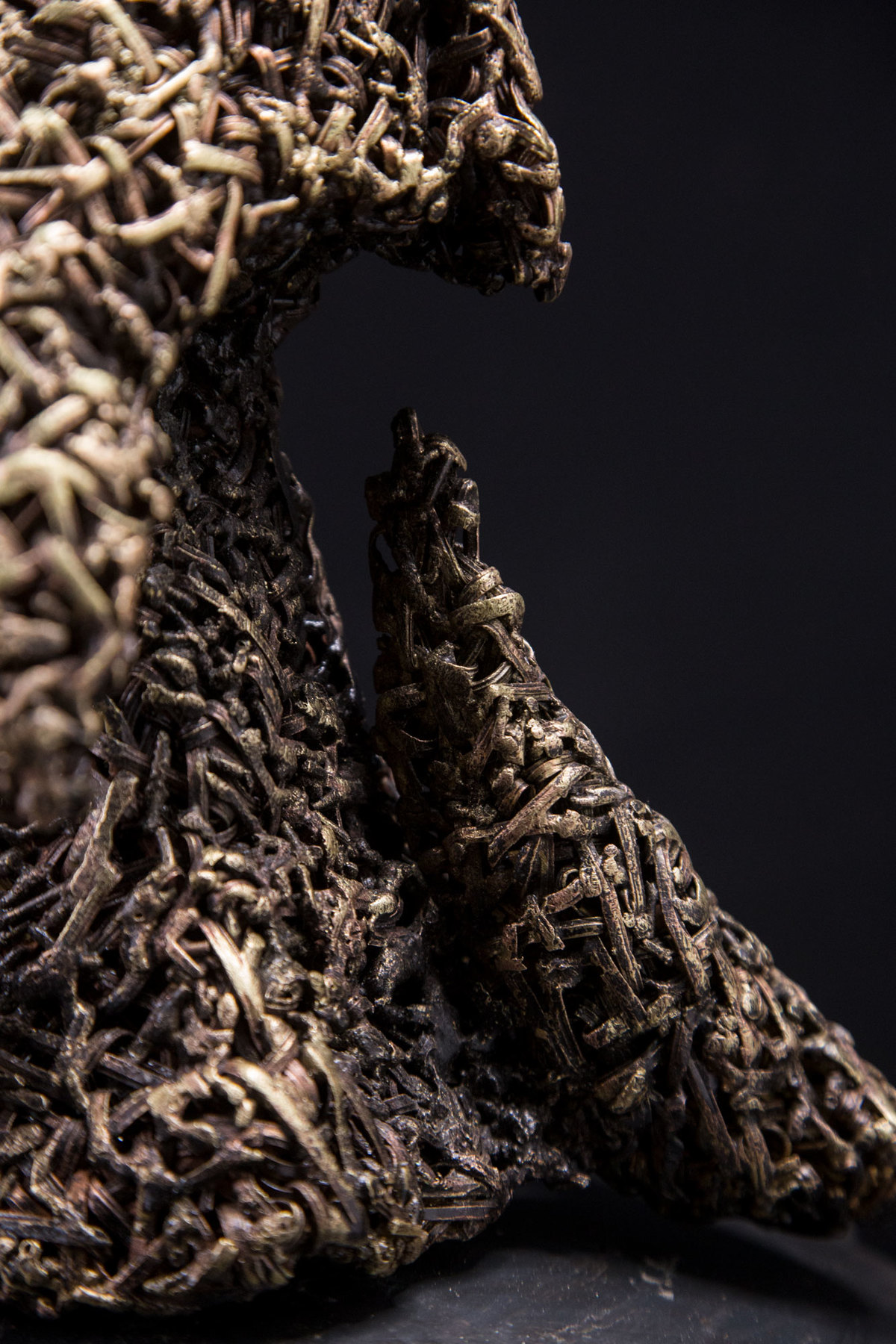 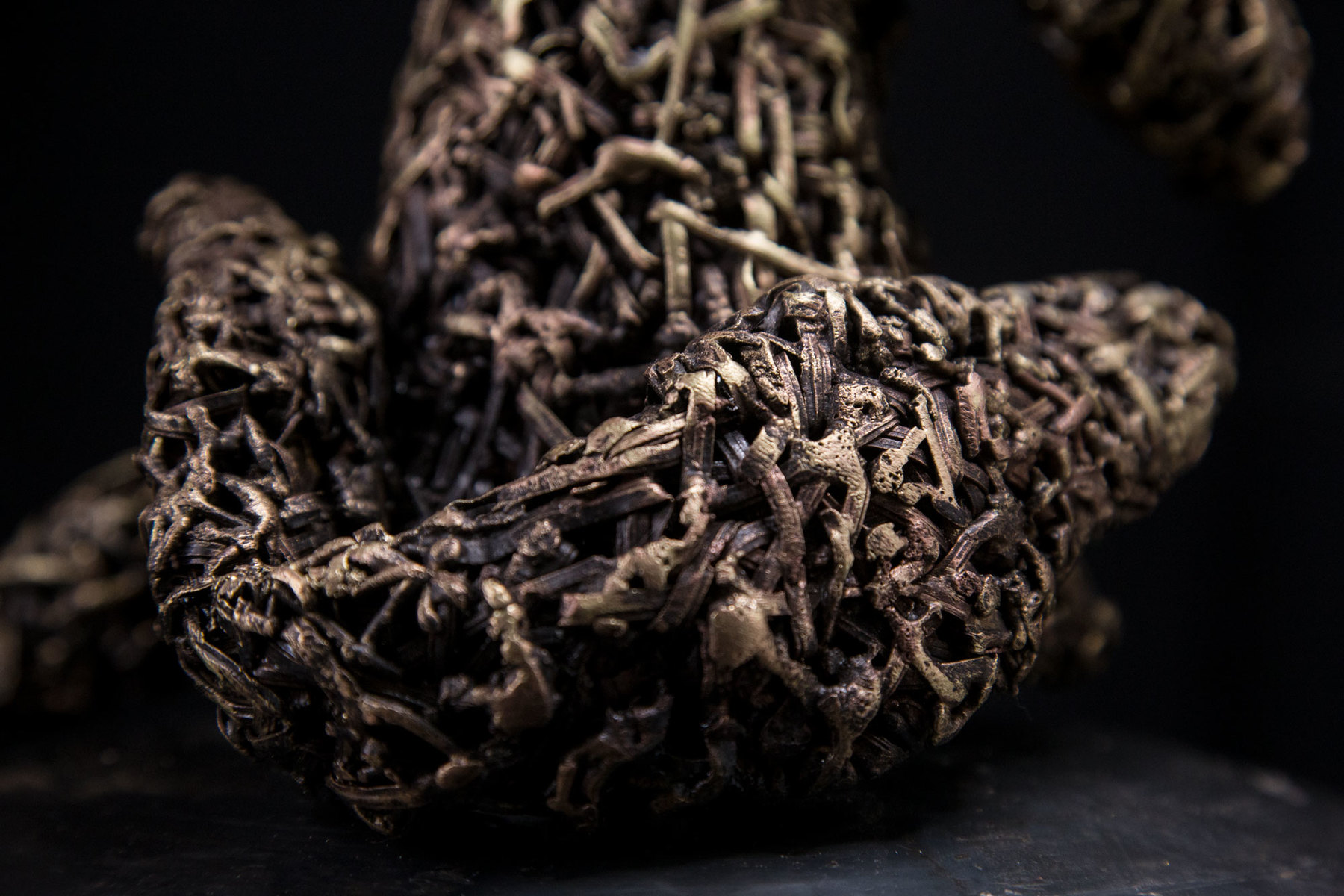 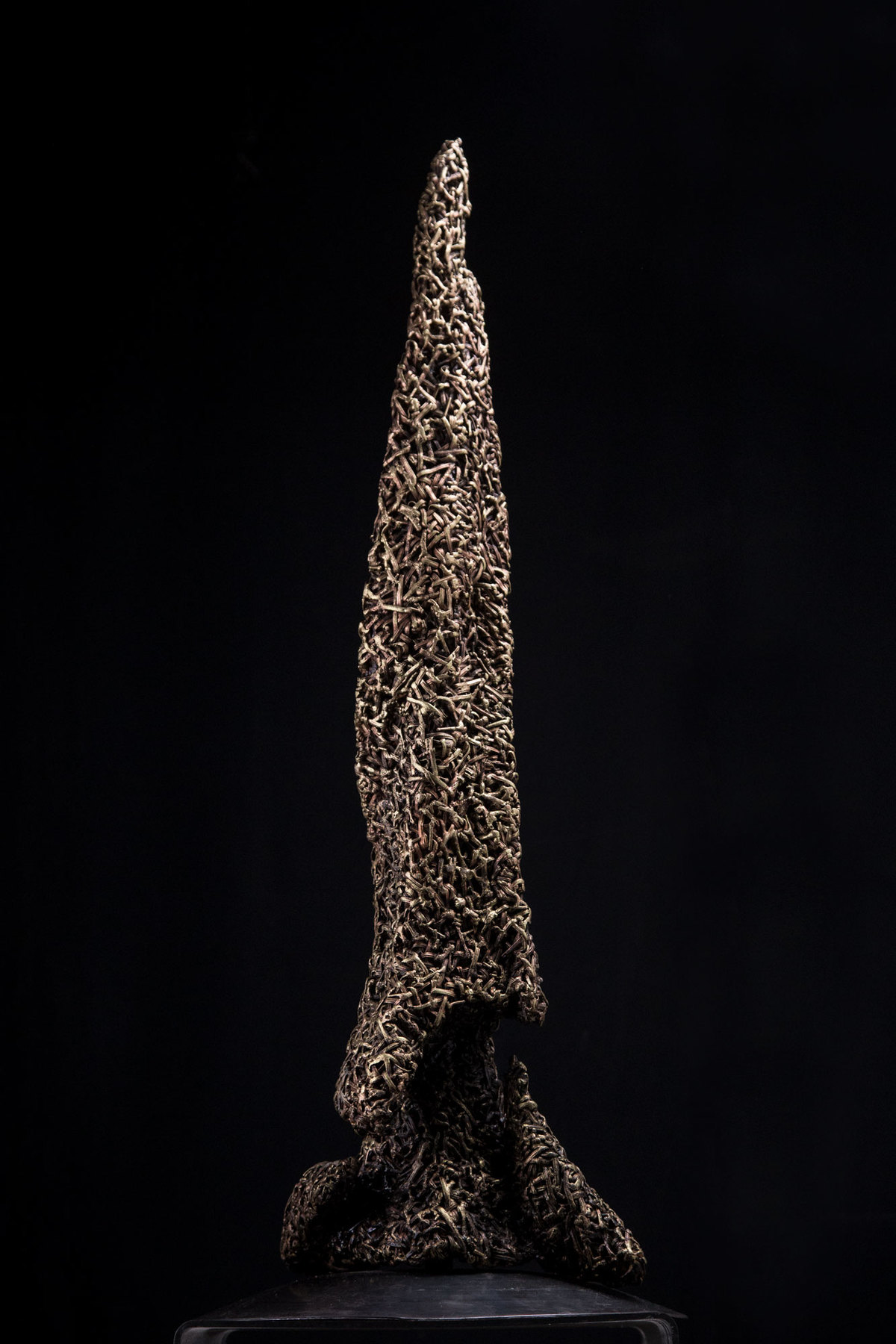 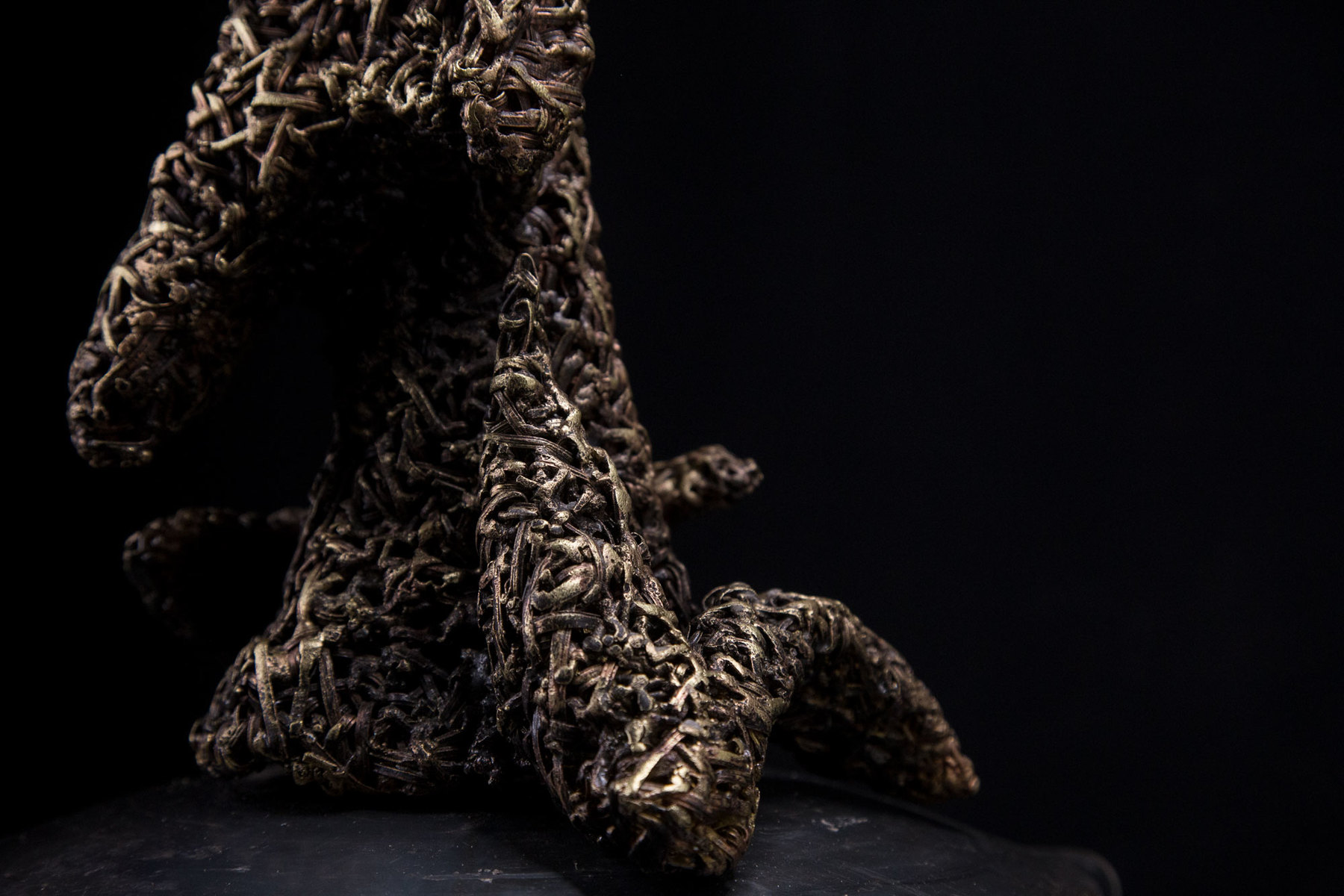 This work is a special piece made by Guloyan for the Protect ARTsakh auction, the technique he chose to implement is similar to the one used for the creation of the 14 pieces placed at the Armeian Genocide Orphans "Aram Bezikian" Museum in Byblos, Lebanon. This unique and hand-made (not casted) piece is sculpted directly on bronze.

Born in Lebanon in 1970, Movses (Mossig) Guloyan is a sculptor, painter, and poet. After attending the Academia de Belle Arti di Venezia, he has divided his time between Lebanon and Italy. His areas of specialization include bronze sculpture and the use of various media.

From the figurative to the monumental, Guloyan’s works take our belief in humanity to a spiritual level. Many of his major works grace public places, like the bust of the Norwegian philanthropist Fridkof Nanssen placed in his museum in Oslo (Norway); a bronze bas relief dedicated to the 90th commemoration of the Armenian Genocide placed for permanent display at Palazzo Moroni, the municipal building of Padova (Italy); a bronze sculpture dedicated to the Armenian Genocide placed at the entrance hall of the Mourad Raphaelian Armenian College in Venice (Italy); a stone sculpture of 16 pieces, dedicated to the Armenian and Lebanese martyrs of the Civil War, placed on the highway leading to the Armenian quarter in Beirut (Lebanon); a bronze and iron sculpture of 14 pieces placed at the Armenian Genocide Orphans' "Aram Bezikian" Museum in Byblos (Lebanon); busts of Armenian literary and historical figures placed on the grounds of the Catholicosate of Cilicia in Antelias, and in the courtyard of Melankton & Haig Arslanian Djemaran of Hamazkayin (Lebanon).

In the past 25 years Guloyan has taken part in collective exhibitions, biennales and international symposiums in Italy, France, and Lebanon. He was awarded with an international certificate and a cup for fine arts from Academico de Merito Incontro Storico Culturale Roma-Firenze (Italy), as well as the Frangulian Bronze Medal at the 12th Dante Biennale in Ravenna (Italy). His works can be found in private collections across the world.

From Martyrdom to Universal Peace

From Martyrdom to Universal Peace