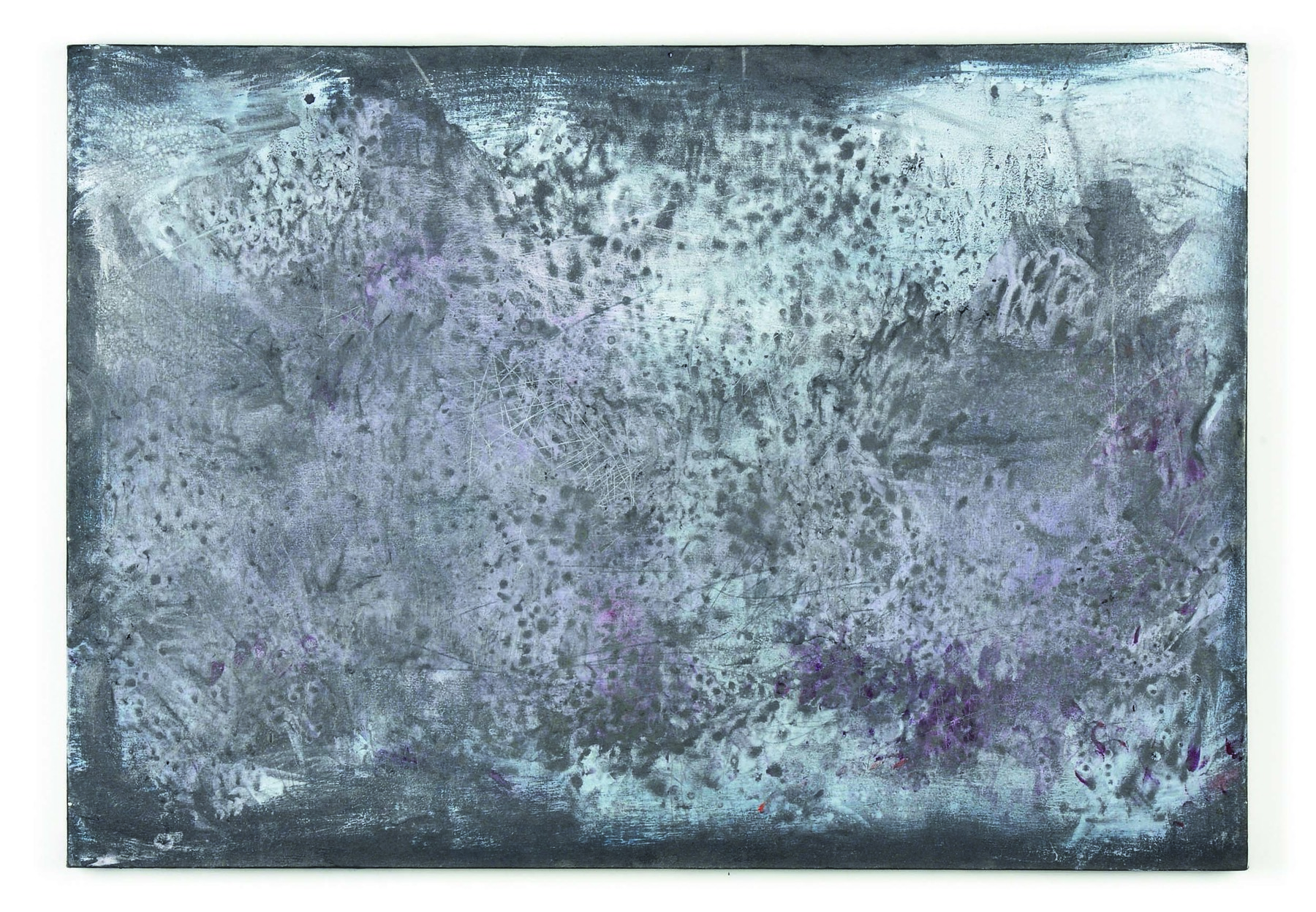 This artwork is part of a seminal body of work which elicits resilience particularly in Lebanon. Each fingerprint on the canvas affirms my presence in the midst of the prevailing chaos. Subsequently, the perpetual tapping of graphite on the canvas, transforms the painting into an instrument. It emits a persistent melody of interrelated thought, touch and sound.