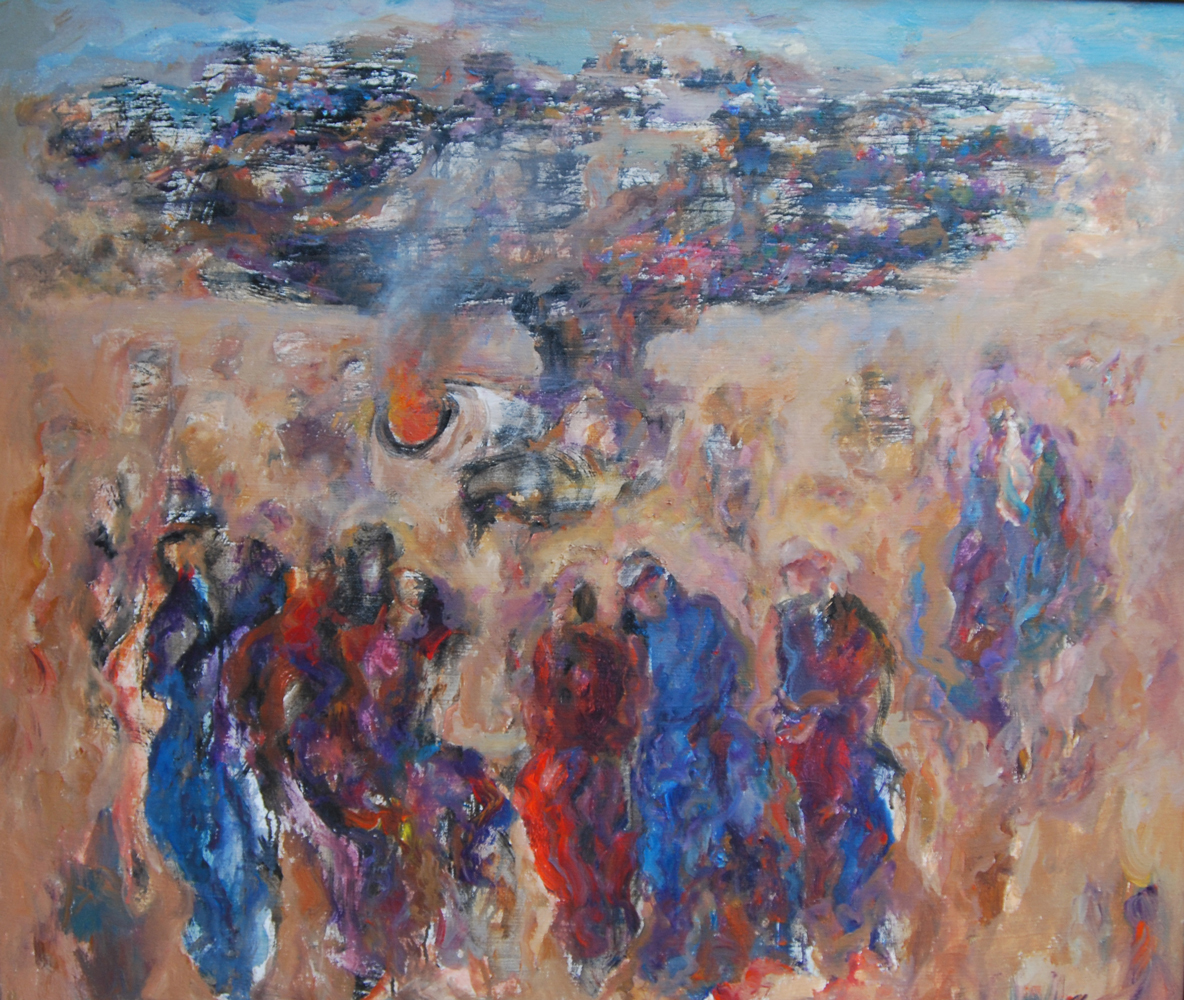 Reappearing continuously throughout Ali Mokawas’ work is the central image of the tree. Alluding to its allegorical nature, he describes it as “an unusual but an epic legend that has to do with the rural man, his rituals, the collective imagination, the cosmic void and the existentialism of the artist...”

Born in Latakia, Syria, Ali Mokawas (1955) graduated from the Department of Painting, Faculty of Fine Arts at the Damascus University in 1978. He became a well-respected professor of the visual arts, teaching in Algeria, the UAE, Oman and Syria. Painting in warm earthy colors, his expressionist work often portrays people gathering around a tree. Focused on the collective nature of humanity, he chooses not to individualise their facial features but, rather, leaves them ambiguous.

Mokawas’ work has been auctioned at Christie’s Dubai and is in the collections of the British Museum, the Doha Museum, Museum of Modern Art in Syria among others.