Karin Timmermans was born and raised in Oss, in the southern Netherlands. After getting married in 1986, she began travelling extensively, spending time in Nice (France), Lisbon (Portugal) and farther afield in Khartoum (Sudan) and Beirut (Lebanon). This exposure to other cultures and ways of life in Europe, Africa and the Middle East transformed Timmermans’ vision and philosophy while providing rich inspiration for her to develop her artistic talents, particularly in the field of sculpture.
Timmermans was first introduced to the art of modelling by Luc Veger, a lecturer at the Ecole Internationale de Beaux Arts in Le Bar-sur-Loup, South of France. She also fine-tuned her drawing abilities at the Ecole Municipale d’Arts Plastiques (EMAP Villa Thiole) in Nice. However, her eventual medium of choice would prove to be sculpture, which she has now practised for the past 25 years, drawing on the rich history, architecture and civilisations of the countries she’s visited in her work.
Timmermans also gained a BA in Fashion Design from Ecole Supérieure de la Mode, Beirut, which paved the way for her to utilise her artistic talents in the field of fashion. Sculpting remained her overriding passion, however, and she soon began exhibiting her work, taking part in art festivals, fairs and open-air exhibitions. Timmermans’ art encompasses a broad range of styles and forms, from figurative to abstract. Audiences will find detailed figures in bronze lying or curled, deep in thought, intricately etched Ancient Carthage-inspired masks in aluminium and miniature Phoenician buildings created, complete with hallmark arched window openings. Her abstract work ranges from pieces showcasing smooth, free-flowing lines to geometric sculptures.
Timmermans’ work has been shown at various venues in Lebanon and elsewhere, including Insolites Mondes d’Artistes; Art Contemporain Beyrouth; Sursock Museum; MACAM Museum, Symposium Jounieh; and Beach Regency Hotel ABELA, Nice. 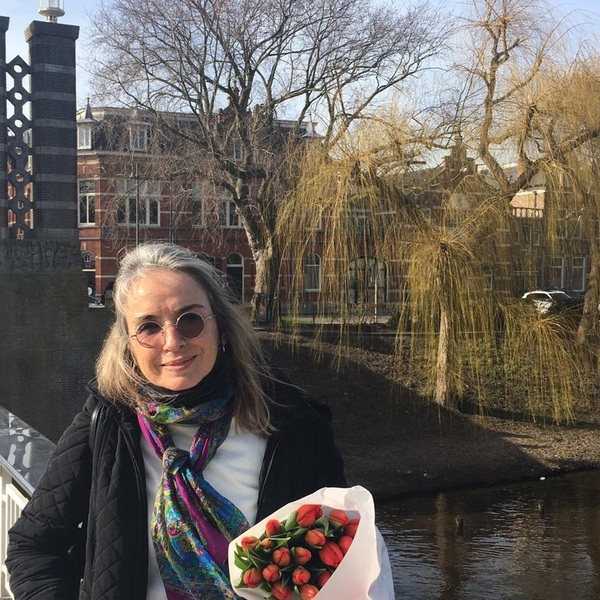