For the Sake of the Planet 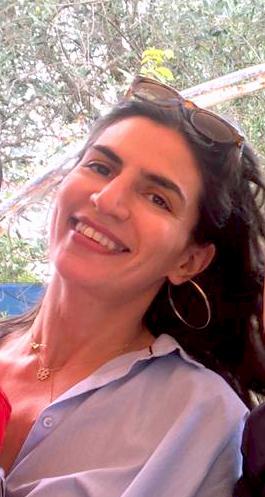 You began painting while still working in advertising and graphic design. Was it something you were interested in as a child?

I actually started painting while at the Lebanese Academy of Fine Arts (ALBA), where I studied Advertising. During the third year – 2004 – the course included a History of Art segment in which I was introduced to some of the great artists of the 20th century, such as Willem de Kooning, Anthony Tapiès, Joseph Beuys and Anselm Kefer. I was blown away by their work, especially the way they used textures and materials, and discovering their art inspired me to begin experimenting with painting myself.

What was it in 2011 in particular that prompted you to leave your job and focus on painting full-time?

My role as art director at the advertising agency definitely had a creative side to it, since we were tasked with producing concepts such as logos for companies, TV ads and prints. However, it was also demanding, which made it difficult for me to continue painting in my free time. I’d been there for around four years when the frustration began to get to me. It was then that I decided to make the leap and focus fully on painting. The decision wasn’t an easy one since I had a good salary, but it felt like a ‘now or never’ moment. 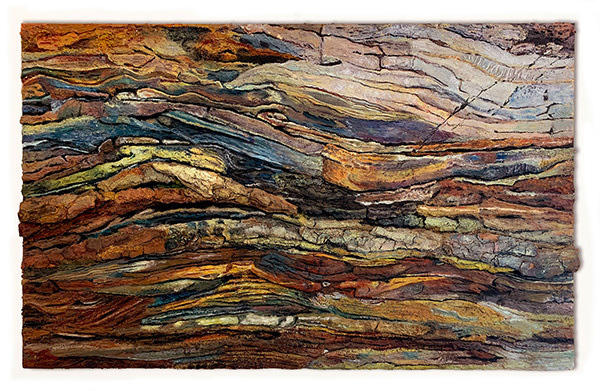 The earth and the environment are dominant themes in your work. What is it about these issues that you find so fascinating?

While painting, I quickly became aware of the environment in which I was living and working – the level of pollution in Beirut, both in the air and sea, the amount of trash around, especially plastic – and found myself naturally drawn to these themes. The pull was really strong; I felt a burning need to raise awareness about these issues in my work. Perhaps it’s because of the sense of urgency or because so much still needs to be done, but today, my subject matter remains the same: the damage we’re doing to the earth and the environment, and the issue of pollution. I can honestly say I’m not interested in painting about other issues that are often important to artists, like social or political matters. The environment is much bigger than this – it’s global and transcends politics - and things are not improving, but the clock is ticking.

You paint the earth’s beauty but are not afraid to highlight its scars. Do you find it challenging to reconcile these opposites in your art?

The first landscapes paintings I did in oil between 2011 and 2014 were a little dark, I think because I wanted to highlight the seriousness of the situation regarding the earth’s environment and atmosphere. Gradually, I realised that I didn’t want to focus solely on the problems and catastrophes we face, even though they’re so overwhelmingly important, but also wanted to capture the earth’s wonder. We tend to take this for granted when we’re caught up in the rhythm of our busy lives. In time, it became about identifying and capturing the meeting point between the earth’s beauty and her scars, and I found that a style somewhere between abstract and realism was ideal for relaying these messages. 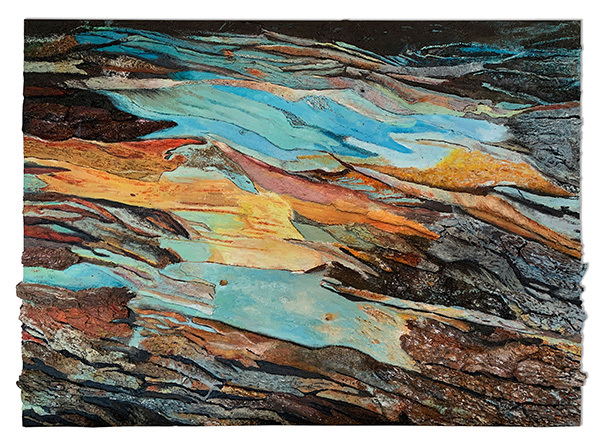 What can you tell us about the art you’ve been working on recently?

My latest pieces take this concept as their starting point - that while the earth is suffering, it maintains an incredible beauty which is often overlooked, especially the details. Rocks are a particular favourite of mine and feature prominently in these works. I wanted to start with this initial material about the earth - the first element that was created and formed. I hike regularly, so regard them as old friends, along with nature’s other wonders I see when out! It’s important to me to capture their amazing formations, colours and textures, as well as what we as humans are doing to them - the pain that the earth is being forced to endure today and the scars it’s gathered along the way. I often take photos and use them once home, sometimes as the base of a work or to reinterpret parts of a picture, and at other times simply using them as inspiration.

And what’s in the pipeline?

I’ve been working in oil and different materials taken from nature, such as bark, sand and lime, fixed on wood, as I’ve found it to be a stronger and more solid base than canvas. While working on the most recent art focused on rocks, other topical issues related to the environment that have been in the news are niggling away and, I feel, need exploring, like mining. Sometimes it all feels too much, as if there are so many problems in the world that I don’t know where to start when it comes to expressing myself. One thing I do know is that we need to slow down and find a better way of living that includes appreciating the earth’s beauty. There are people who feel that this latest terrible coronavirus crisis might be the earth sending us a message to stop and rethink and it’s easy to see why they’ve arrived at this conclusion. 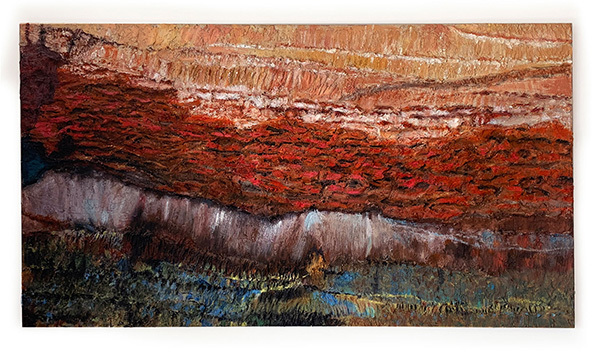