Mixed-media artist Johanne Allard tells ArtScoops about her chance discovery of embroidery and why she’s happy nowadays to be described as sensitive.

Choosing a medium can be an arduous task for an artist, often involving years, if not decades of doubt, experimentation and perhaps even reversal.

However, in the case of Canadian, mixed-media artist, Johanne Allard, discovering and falling in love with embroidery was more of a lightbulb moment than a gradual realisation.

“It was very sudden,” she tells ArtScoops. “I hit a difficult patch in both my professional and personal life, which led to me spending a great deal of time at home, trying to figure out who I was. I began embroidering almost by accident – I was working on something else at the time - and found it was perfect for the solitude I craved. As an art form, I found embroidery to be very comforting and healing.”

Allard adds that while she’s worked on different surfaces and with a variety of media, processes often didn’t gel in quite the way she’d hoped, which made her all the more confident that embroidery was right for her.

“For example, when I was working with bronze, I found it frustrating that I couldn’t follow the process through to the end. I felt a disconnect once I had to hand over the plaster sculpture to the foundry,” she explains. “With embroidery it’s all in my hands.”

Allard also believes embroidery complements her personality, openly describing herself as an introvert, which, she acknowledges, at times made her earlier years in theatre difficult.

“I loved the craft of theatre, but it was obvious that you had to be outgoing and competitive to get ahead, and that wasn’t me at all,” she admits, “so I took the decision to move away from it and focus instead on art.” 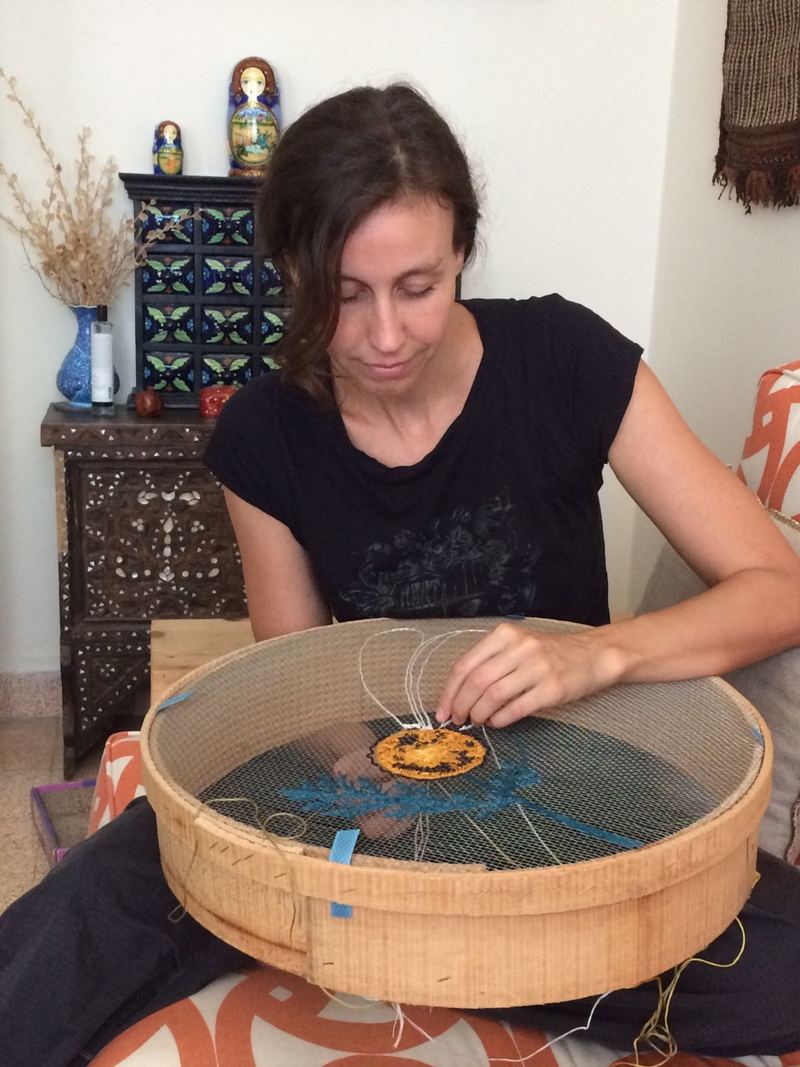 One element that Allard was able to channel from her theatre days into her art was her passion for storytelling and that remains a key part of her work today.

“Storytelling is a very traditional aspect of embroidery; women use to embroider scenes from everyday life related to their cultural and domestic surroundings,” she explains. “I more or less do the same, telling stories describing regional and domestic events to give the viewer a glimpse of a specific moment in time.”

For her recent ArtScoops show, Allard produced a series of delightful studies in which she set out to explore the process and possibilities of embroidering on paper. The work is painstaking and intricate, involving detailed drawing on the paper, which she then perforates with miniscule holes to embroider through. The stitching is just 1mm apart, while great care has to be taken to ensure the paper doesn’t tear.

The subjects she chooses to explore in her work are often topical, such as regional conflict, which was the topic of her Infestation series, and the transformation of Beirut into a concrete jungle at the expense of its beautiful old architecture, which she examines in the Architectus project.

“There are common factors, in that moths are a symbol of destruction,” she says. “My metallic embroidered insects are a metaphor for the systematic destruction of society and cultural fabric in the Levant and Arab region. The works play with the interaction between the natural and the man-made; the inevitability of decay and rebirth and humanity’s role in both warping and reconfiguring that cycle.” 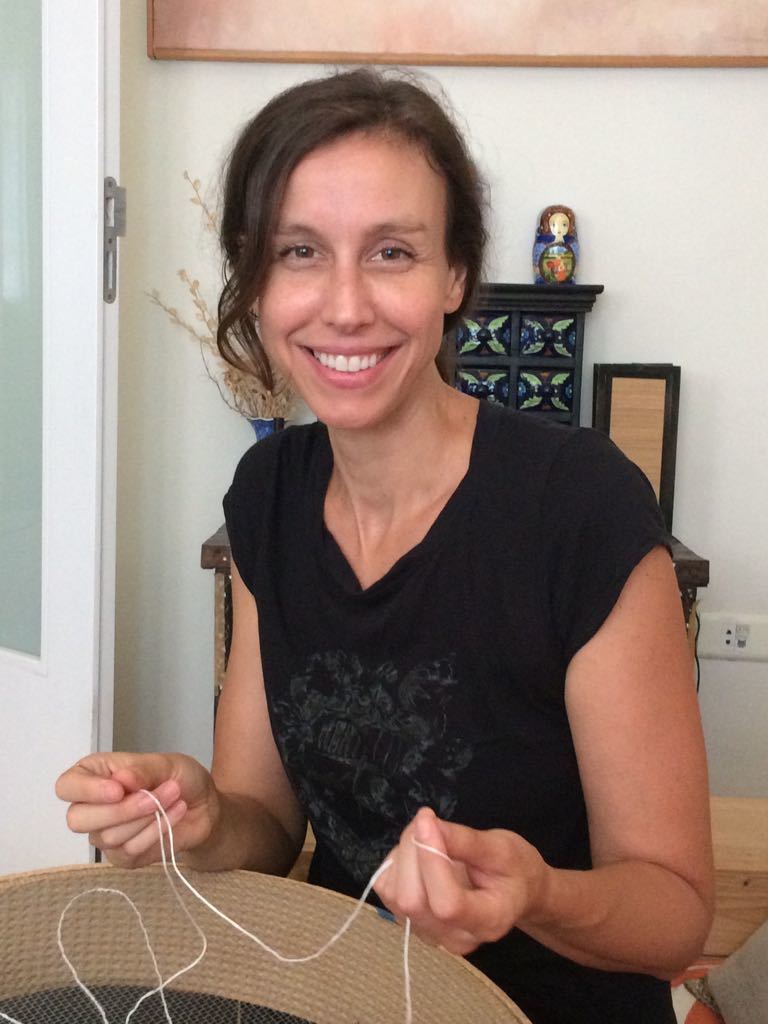 The subject matter of Allard’s Nectar in a Sieve project, however, appears to be more personal. Does this perhaps signal a new phase in her work and life?

“There are plenty of different elements in there,” she says in response. “I think I was reflecting on my experiences and growth. In life, much of what one values may sift away, yet there is still something left, for which one must continue to strive. Throughout life one must adjust to the changes that life brings and seek the nectar of wisdom, in spite of the hardships that one must endure. Anything worth having usually takes time. Finding the invisible essentials in life isn’t easy; suffering is a form of purification.”

An acceptance of the passing of the years has also brought with it recognition that character traits perhaps at one time viewed in a negative way could have been misinterpreted, as Allard acknowledges.

“When I was lucky enough to be tutored by the wonderful bronze sculptor Arto Tchakmakchian, he often used to tell me that I was very sensitive and that this came across in my work,” she says. “At the time, aged 21 or 22, I didn’t really get what he meant and wasn’t entirely sure it could be a positive trait, especially since I was often accused of being over-sensitive. In fact, I convinced myself it was something I needed to work on, but I see now that my sensitivity is, in fact, a huge strength. I could not be creative without being sensitive. Sensitivity can be overwhelmingly beautiful and difficult, so there’s a relief when I create, along with a feeling of peace and fulfilment that’s inexpressible.”