In Praise of a Pharaonic-inspired Revival

Christiane Ashkar is working to give Egypt’s artists the platform they so richly deserve in Beirut.

Lebanon continues to enjoy its long-established reputation as a regional hub for the arts, despite facing competition from other more newly established cities in recent years.

Returning to Beirut from Dubai, Christiane Ashkar, founder of Christiane Ashkar Art Consultancy, CAAC and now managing partner of the Founoun Gallery, was surprised, therefore, to find that Egyptian artists and their work were largely missing from the local scene.

“I’d been exposed to artists from a wide variety of backgrounds while based in Dubai,” she told ArtScoops. “But when I returned to Lebanon this year, I noticed that while the art scene had embraced talent from several countries across the region, including Syria and Iraq, Egypt seemed to have been somewhat overlooked.”

The fact that Egypt is so evidently under-represented on the Beirut art scene at a time when interest in art from other regional markets has risen only adds to the mystery. Christiane believes the imbalance has arisen from a lack of effort on both sides.

“If we step right back to the 1950s, cultural exchange between the countries was flourishing, with initiatives such as expos and collectives raising the profile of Egypt’s artists locally and farther afield,” she said. “What’s interesting is that while we’ve continued to foster those relationships in other areas, such as literature, film and music, for some reason, whether through neglect or simple forgetfulness, it hasn’t been maintained in the fine arts.”

Spurred on by a conviction that the situation was disadvantaging both Lebanon’s art scene and Egypt’s artists, Christiane recently decided it was time to act. Her first move was to give Egypt’s artists a presence at the 9th edition of the Beirut Art Fair in September, which she did by collaborating with four of Cairo’s top galleries to produce a programme featuring works by a diverse range of top artists, including Adam Henein, Abdel Hady El Wechahi, Sayed Abdel Rasoul, Adel El Siwi and others. 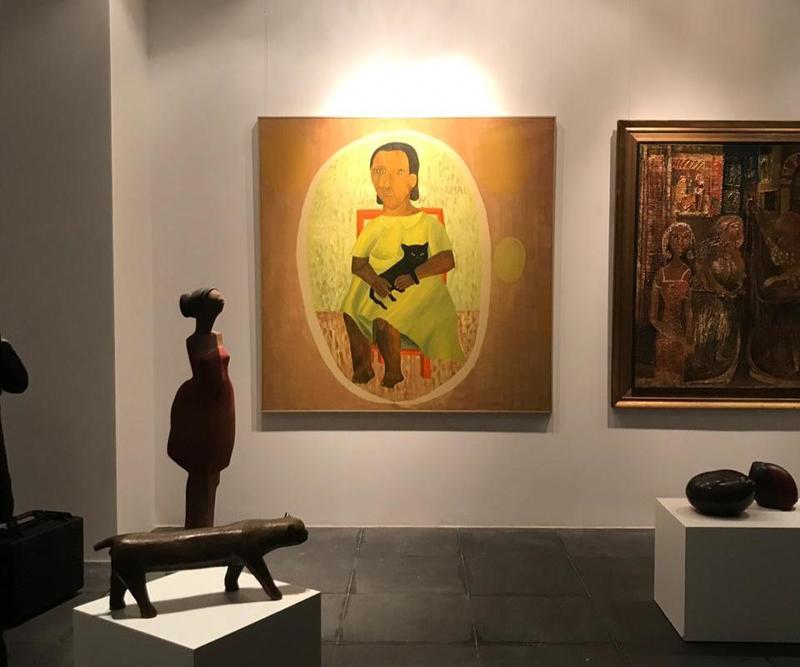 Following this successful initiative, she has opened the Founoun Gallery, situated in a delightful location in the Platinum Tower, Beirut Central District, overlooking Zaitunay Bay.

“The Beirut Art Fair was a real learning curve, very rewarding, but also tiring. It’s incredibly satisfying to now be in our own, beautiful permanent space,” she said.

Like several other countries in the region, Egypt has endured its fair share of unrest and turmoil in recent years. Christiane believes that in many ways, the turbulence that followed the uprising of 2011 has had a positive impact on Egyptian artists, allowing them a higher profile and opportunities to express themselves at a time when the eyes of the world are turned towards the region.

In recent months things have begun looking up for the country; yet, even against a backdrop of economic recovery, Christiane has been keen to keep the focus on the quality of the country’s art, rather than anything more controversial.

“It was never about stirring up bad memories or make political or religious statements,” she explained. “My aim was solely to make people aware of just how aesthetically pleasing and high in quality the art coming out of Egypt is.”

Asked whether there are specific characteristics that make Egyptian art instantly recognisable or set it apart from other work from the region, Christiane believes there is something innate, yet intangible that links these pieces and relays their Pharaonic roots, especially when it comes to sculpture.

“Looking back through the centuries, Islamic art was very much linked to mathematical forms in the Arab world, based on sciences and on poetry, while the Pharaonic dynasties had sculpture and hieroglyphics long before other populations, and that’s what set them apart,” she explained. “You also have to take account of Egypt’s size; it’s a huge country, which gives it great potential as a melting pot for ideas.” 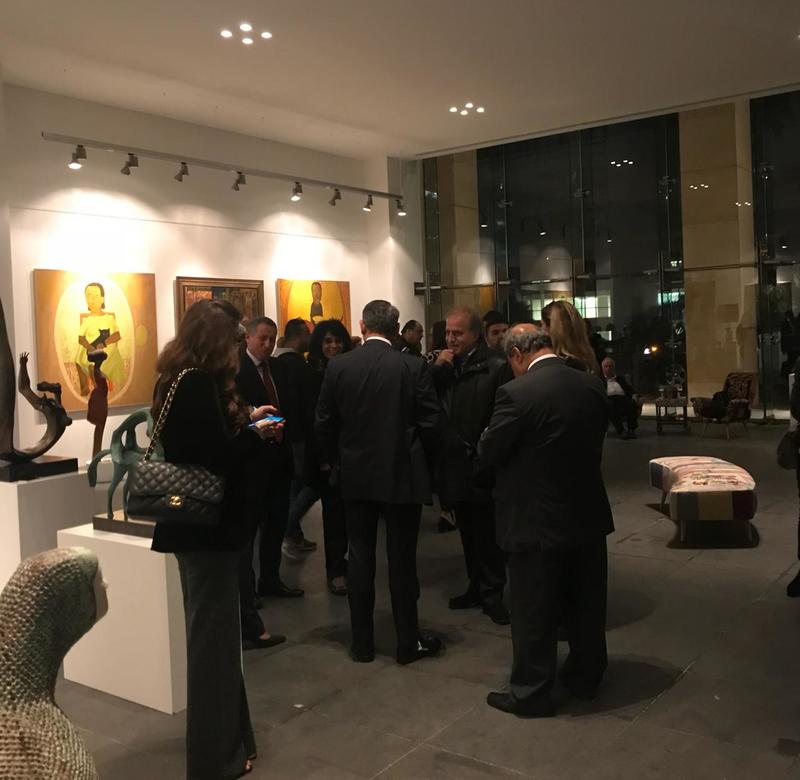 This week sees the launch at the Founoun Gallery of its second exhibition, titled, ‘The Revival of a Modernist, Abdel Hady El Wechahi’. The show features the sculptures and studies of Abdel Hady El Wechahi (1936 - 2013) and takes place under the patronage of Egypt’s Ambassador to Lebanon, His Excellency Nazih Al Naggary.

Christiane told ArtScoops that she felt it had been important to launch with the work of a high-profile Egyptian artist like Abdel Hady El Wechahi.

“By featuring his pieces and those of other established artists who sell well at auctions and whose work can be found in museums and private collections, we are reaffirming the credibility of Egypt’s artists and paving the way to introduce up and coming talents, many of whom were students of the Modernists,” she said.

Christiane also highlighted the key role that art can play in representing modern and contemporary Egypt in the aftermath of the turbulence it has witnessed and reaffirming its identity as a tolerant country.

“Unfortunately, the image of Egypt sometimes relayed to the outside world overlooks it’s buzzing art scene and highlights negativity which is highly inaccurate,” she said. “Egypt was a regional pioneer of cinema, theatre and art decades ago, long before its peers. It’s high time we corrected these misconceptions and highlight the talent emanating from this fascinating country.”