Sorella Acosta, director and curator of the Barcelona-based Out of Africa (OOA) Gallery, talks to ArtScoops about the need to acknowledge the diverse nature of art from the continent and how several artists were already ahead of the curve when the Black Lives Matter movement took to the streets 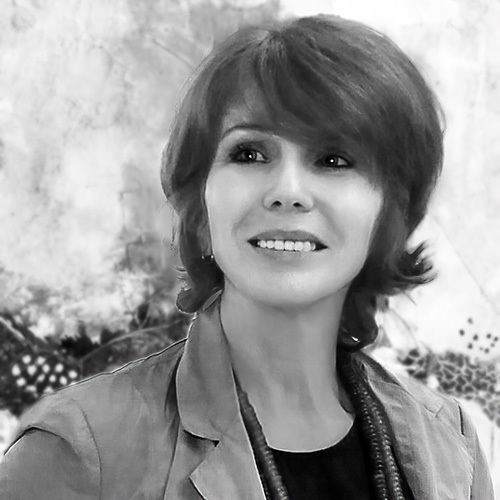 What ignited your passion for African art and prompted your decision to open OOA Gallery?

When I was 20, I spent six months crossing West Africa in an old Peugeot 504 and fell in love with the continent, from its cultures and traditions to its colours and positive energies. Afterwards, my husband and I decided to celebrate every Christmas and New Year in a different African country. These visits provided me with welcome opportunities to meet a host of talented African artists who were keen to present their artwork outside of their homeland. At the same time, I began organising art and antiques fairs in Brussels, which I’ve done now for 14 years. In 2012, while visiting the Dak’Art Biennale, I met the Ivorian artists Aboudia and Méné in the Off at Eiffage. The encounter led to our decision to launch the first contemporary African art gallery for the promotion of African artists in Barcelona. We chose the name OOA Gallery to reflect the fact that the artists are presenting their artwork ‘out of Africa’.

The size of the continent has led to the coining of the phrase ‘There’s no such thing as African art’. Do you agree with this saying or do you believe that there are enough common characteristics to justify the collective term African art? If so, what collective traits have you noticed?

For me, there’s no such thing as African art. I see this as a stereotypical term which simply sets expectations that limit the growth, the expression and the real artistic dialogue of artists from the continent. It doesn’t represent all the artists and their diversities. There are 54 African countries and they are far too diverse for creative institutions and academic spaces to review all African-born artists within the broad spectrum of African art. For example, the experiences of Nigerian artist Bob-Nosa are entirely different from those of Onyis Martin, who is working in Nairobi. Those differences have to be expressed in their artwork. In educational and professional art spaces, African art is typically defined by colourful rural landscapes and past and present depictions of African ethnic groups. The popularity and use of the term African art has led to all African-born artist typically being classified within this genre, regardless of whether or not their aesthetic fits within this traditional and archaic stereotypical framework. Is there European art? American Art? Asian Art?

Concurrently, your exhibitions are known for featuring established and emerging artists strongly rooted in their respective identities and stories. What observations have you made in the way featured artists explore and express their identities?

Identity is the way we perceive and express ourselves. Factors and conditions that an individual is born with, such as ethnic heritage, sex or one’s body, often play a role in defining one’s identity. However, many aspects of a person’s identity change throughout his or her life. People’s experiences can alter how they see themselves or are perceived by others. Conversely, their identities also influence the decisions they make: individuals choose their friends, adopt certain fashions and align themselves with political beliefs based on their identities. Many artists use their work to express, explore and question ideas about identity. For example, the Nigerian artist Emeka Udemba’s artistic practice and projects explore and question the spaces we inhabit, the way they shape our minds and our identities, as well as what they reveal about us. Udemba’s works examine issues of cultural diversity within the context of global interconnectedness and recollection. He constantly negotiates streams of consciousness which have become a symbol of our own uncertainties and existential doubts. Evans Mbugua, meanwhile, from Kenya, depicts the encounters, exchanges, identities and ways of being in his interest in understanding human beings and their many facets. His artwork is fresh, showing a dynamic Africa in motion, a positive Africa that immediately provokes the desire to love it! The dancers of his series ‘Body Talk’ are black, true, but they are contemporary and globalised, as evidenced by their hairstyles, the clothing and accessories that they wear, and there is nothing to attribute a nationality, an ethnic group or a country to them, all of which are symbols of borders, of isolation and conflict. In contrast to the clichés in use, it is an energetic Africa, not that of the postcards of dancers in their straw rags and ornaments from another era, but a modern, carefree and complete Africa.

African art is enjoying a high profile across the global industry right now. What do you think is behind this surge of interest and its timing?

The amazing African art market will be amazing - this is just the beginning. The seeds are there: strong art schools, a growing number of high-net-worth individuals and rapid urbanisation. Researchers project that the continent will be home to at least nine cities of more than 10 million people by 2050. Meanwhile, museums in Europe and North America have hosted an unprecedented number of shows of African art in recent years, while art fairs dedicated to the field have sprung up worldwide, including 1-54 in London, New York and  Marrakech, and the newer Art X Lagos in Nigeria in November. Activities in cities such as Marrakech and Lagos are opening the eyes of collectors, while dynamic young art galleries are curating and organising group, duo and solo shows with established and emerging African artists. African collectors from the US and Europe are becoming increasingly interested in buying artworks from different African countries. On top of this, the continent’s local collector base is growing steadily; Sotheby’s fourth dedicated auction of modern and contemporary African art was dominated by African buyers. A number of ambitious projects are launching, with museums like Zeitz MOCAA in Cape Town, the Museum of African Contemporary Art Al Maaden (Marrakech) and the Museum of Black Civilisations (Dakar), to name but a few, opening their doors, with a mission to write their own contemporary art histories.

Freedom of expression is another criteria you champion. How do you expect the Black Lives Matter movement to permeate your artists’ work?

We have just opened the Cameroonian artist Anjel’s first solo show ‘Black is Beautiful’ in OOA Gallery. The 12 artworks for this exhibition were created during the Covid-19 pandemic and the artwork ‘Strength is Within’ - one of the last paintings he made - tackles two current social issues: the coronavirus pandemic and racial injustice. Illustrating a fashion designer that he met in Congo, the painting presents a black man wearing a surgical mask with his hands held together behind his back, as though they are bound. Anjel envelops him with popular logos to metaphorically protect him and adds the designer’s own fashion brand, which is ironically called Träncënd, like tattoos on his skin. In the subcultures of SAPE and Afropunk, clothes are weapons which camouflage the status of their wearers, who parade their fashion items with pride. In parallel, Bob-Nosa is currently holding his first solo exhibition ‘Transit’ in the National Museum of Contemporary Art in Gdansk, Poland, after it was delayed due to lockdown. This multidisciplinary artist certainly hasn’t waited for the Black Lives Matter movement to condemn the inhumanity of social and political systems that render people victims; as the initiator of the Protest Art Studio and a self-titled art activist, he belongs to a protest subculture devoted to using art as a catalyst for change. His paintings - powerful, satirical comments on inhumanity, which run the gamut from abstract to representational - are characterised by freedom of language, intense primary colours applied in large expressive strokes and frequently include collaged images and found materials.

How has Out of Africa Gallery adapted to the Covid-19 pandemic in terms of its shows? Do you think it will change the art world’s way of operating longer term?

It’s a pivotal moment. The Covid-19 pandemic will change a lot of things for art and art galleries. After talking about it for years, many art collectors are finally taking advantage of the online market. We decided to promote Anjel’s first solo show, which was postponed from June 6 to June 27, one month before the opening to our database of art collectors, art foundations, museums and art lovers via weekly newsletters. This included a virtual tour of the gallery, with his artworks presented on the walls, an online catalogue of the works and a video that the artist made in his studio in Douala, Cameroon. To our delight, the online marketing action was a huge success; in just three weeks, we sold nine of the 12 artworks from his solo show. In July, we’re participating at Intersect Aspen Online Art Fair, Colorado, US, and at the end of this month will receive proposals from 1-54 (London, October) and Art X (Lagos, November). Alongside participating at art fairs and organising shows (physically and/or online) in our space, we’re collaborating with art galleries from other continents, co-curating shows and sharing experiences, knowledge and skills. It has become increasingly evident that we are operating in a global art market, with international collectors looking for interesting investments proposed by dynamic, young galleries worldwide.