In Pursuit of Tolerance

A major new exhibition of work by Patrick Altes, an award-winning Algerian-born visual artist of French and Spanish descent who lives in the UK, is currently under way at the Gerald Moore Gallery, London, titled ‘Tolerance’. Curated by Middle Eastern Art specialist Janet Rady and supported by both the United Nations Association and the Arts Council, the ‘of our time’ show highlights several topical themes, ranging from the treatment of refugees and identity issues amongst the displaced and the diaspora, to negative cultural stereotypes in a nationalistic climate, as he explain to ArtScoops 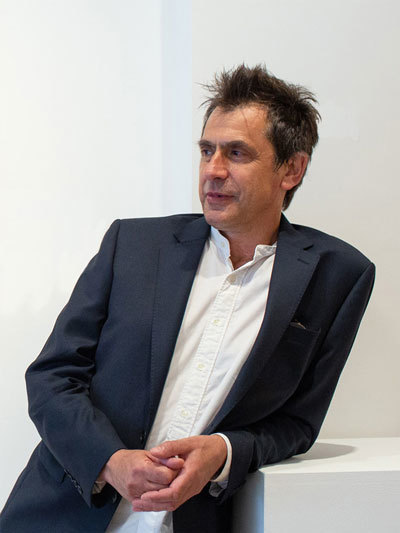 What sets ‘Tolerance’ apart from your previous shows and how did you come to choose the name?

The idea for the show evolved slowly, although I knew some time ago that I wanted to explore ideas around bridging the gap between cultures in uncertain times. As the project took shape, it developed several offshoots from pressing issues; the way that Brexit was colouring the perspective of some sections of society on immigration and racism, for example. Many of these topics came out in a series of outreach and public engagement activities and talks that I was involved in with students which were really enlightening. It took quite a while until I felt I’d found the right title for the show. Initially, I wanted to call it ‘The Bridge’, but was concerned this was perhaps too literal and not powerful enough. The key message I wanted to relay was that love is the highest form of tolerance. It was my wife who pointed out that sometimes the simplest titles are the most effective ones and then it occurred to me that ‘Tolerance’ alone was sufficient; powerful and all-encompassing. 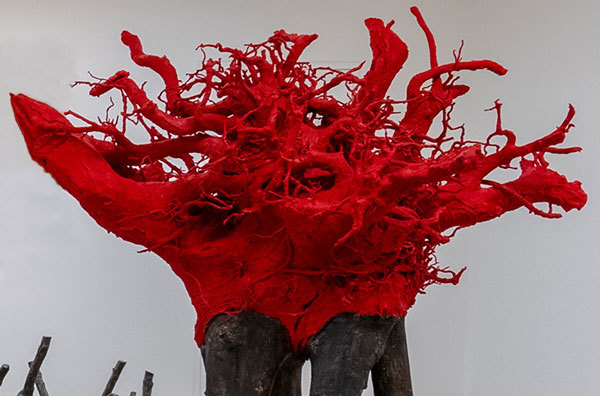 What were your thoughts as you went about creating and selecting the works for the show?

I certainly found the works represented something of a weaving together resulting in a tapestry of thoughts and emotions accrued over the years, alongside new takes on older beliefs. Sometimes ideas crept up to the surface that were part of my sub-conscience and found their way into a work. Themes such as unfairness and injustice in times of war, and the unnamed casualties of conflict, acquired new meaning. ‘Tolerance’ is definitely a product of all these actions. A few of the paintings on show are works I completed earlier as a reaction to the second Gulf war. I was particularly interested in how the war was transformed into a sleek campaign - almost like a video game - with embedded journalists and the authorities controlling images, while behind the scenes, thousands of people were dying or horrifically injured. Not everything was planned with meticulous detail; there are elements in the show that I added when I could see how things were beginning to correlate. Just a month before the opening, I realised that the boat made of driftwood, which is one of two installations, needed a raft to hold people’s belongings. It was only when the boat was surrounded by the stories around it on the wall that I knew how to make the installation complete.

How has your own rich heritage and personal experience as a member of the diaspora influenced your art?

Artists can only talk about themselves, although I believe empathy is borne out of shared experiences. I certainly think the stories reflected in my art have some parallels with my own history. I was born in Algeria during the war of independence and, although we left when I was four, I have taken those influences from my parents. While they’ve always been positive about both Algeria and France, I could feel a complex and powerful mix of emotions bubbling under the surface. As a ‘pied noir’, I was also always acutely aware of feeling different from my friends culturally, religiously and appearance-wise. Whether overt or otherwise, the discrimination was there during my youth, so I can relate and empathise. I also spent two years in South Africa at the height of apartheid teaching black university students, which was a real eye opener and made me even more attuned to the deep injustices in the world. Sometimes it’s torturous to contemplate these happenings, let alone reflect them, and I have to remind myself that I love what I do. 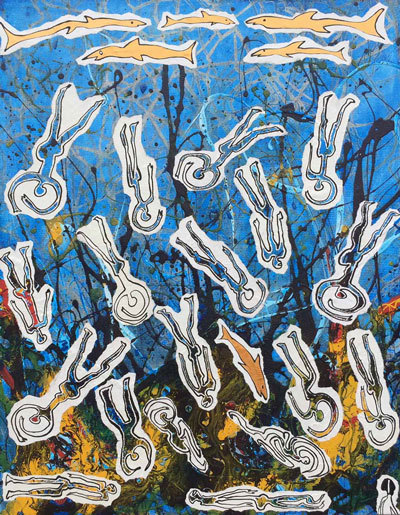 What do you regard as your career highlight to date?

I think most artists tend to view the latest show they’ve done as edging earlier projects since it’s at the forefront of the mind at the time. ‘Tolerance’ features 70 pieces of work, so it’s certainly on a bigger scale than anything I’ve done before which makes it exciting. There are plenty of other milestone moments that spring to mind, though, such as the Mediterranean Contemporary Art Biennale in Oran, which I’ve done twice. I was also thrilled to be invited to exhibit in Algeria as a ‘pied noir’ at the 7th International Festival of Contemporary Arts (FIAC) in Algiers. My personal history is something I’m extremely proud of so that was very special.

Who do you regard as your biggest influences and sources of inspiration?

I sometimes think of myself as a sponge soaking up people and places that inspire me. Jean Dubuffet and Picasso are key influences, probably because I’ve always been interested in the representation of the subconscious in my work. When I first moved to England in 2006, I was very excited by the Young British Artists movement; Damian Hirst’s tiger shark preserved in formaldehyde in a vitrine (‘The Physical Impossibility of Death in the Mind of Someone Living’) fascinated me, perhaps in part because of my early training in biology. I like to really scrutinise insects and plants, even the way water ripples, when out for a walk. I’m also an avid reader – I’m keen to hear what people think about what’s going on in our world. 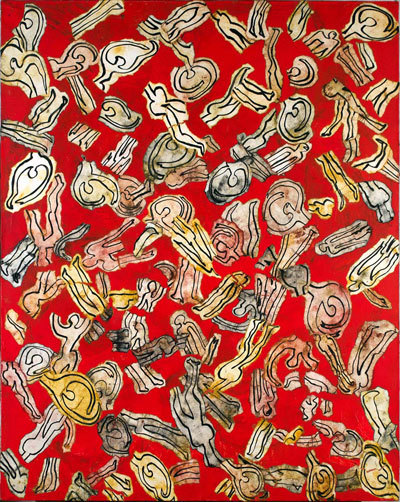