The organisation’s platform, which has just gone live, promises a more interactive and enlightening experience for users keen to access its thousands of fascinating photographic objects

These are exciting times for the Arab Image Foundation, with the non-profit organisation having just moved this week into a highly anticipated era of digitisation, launched via a new platform and supported by a revised mission that aims to make the photographic objects held there more accessible and interactive.

Marc Mouarkech explains that following years of painstaking work which remains ongoing, the foundation has now introduced its new platform, with 25,000 photographic objects currently available to view electronically. Works displayed include both contemporary and older pieces. “We’re targeting 15,000 digitised objects per year, with nearly 30,000 images linked to them,” he said.

The platform will serve as a major tool for the foundation to raise its profile and enable the public to find out more about what it does and become more involved. “We were aware that the old website was outdated and didn’t offer a user-friendly experience, so began building a content management system (CMS) to centralise all the work a couple of years ago,” Marc said. “We knew this would take time but felt that it was an integral part of reshaping the foundation for the future.”

That future will of course build on the foundation’s past and the important work done so far. Launched in 1997 by three artists based in Beirut, the Arab Image Foundation was set up with the aim of countering what Marc describes as the “collective amnesia” that emerged following the end of the civil war.
“Its original mission was to collect, preserve and study photographs from the Middle East, North Africa and the Arab diaspora,” he says. “There was a feeling that this cultural initiative was necessary. No one was taking care of the photographic collections across the region at the time. But there was also a desire among those involved to better understand the diversity of Arab cultures and the complexity of the region through photography and photographic practices.” 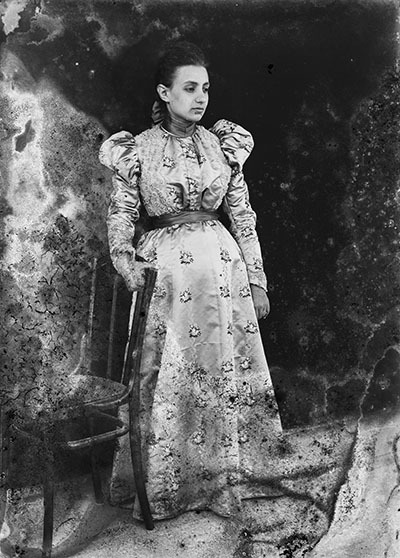 Marc adds that adopting a critical approach that takes account of the social, economic and ecological aspects of the objects, rather than focusing solely on their political and historical relevance, is also key for the team. “We wanted to understand how photography permeated the lives of people since its invention around 170 years ago holistically and look at how we could better understand its effects,” he explains.

In the first seven years, the team collated collections from 14 countries, alongside others from the diaspora, which included an almost equal amount of work by both amateurs and professional photojournalists. Today it holds 500,000 photographic objects in 305 collections. Many are family albums.

Marc stresses that all material is viewed as photographic objects or 3D dimensional bodies rather than images. “Whenever we preserve and digitalise a work, we try to understand the structure, the provenance and the different uses that the owner had in mind, while thinking about how we’re projecting our own practices,” he says. “We believe that’s an important part of the preservation work we’re doing today.”
Marc admits that there is a misconception among some that the foundation is solely an archiving facility. “Our archiving is done purely from a critical stance,” he says. “We work with contemporary artists and practices to link archives to the present, push for their use and extract from them to bring in new narratives that speak to a contemporary public. We aim to look at different practices and uses of photography in the region and push the boundaries by raising questions on its potential.”

A key topical issue being explored is inevitably the part being played by digital photography. “We are particularly interested in how this practice changes the relationship with the medium,” Marc notes. 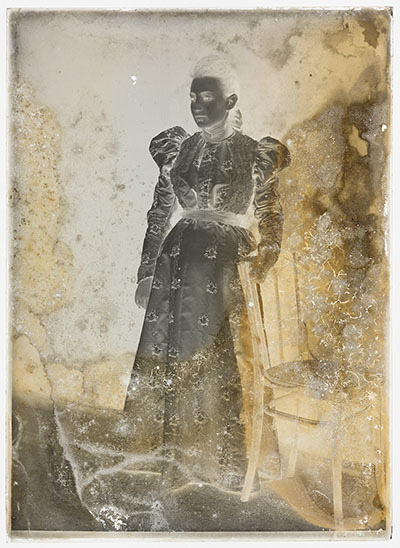 With its new platform in place, the drive to engage more fully with the public and provide people with a broader range of tools is gaining pace. Marc explained that the system allows users to not only view the photographic objects, but also tag them and add comments. “We wanted to trigger their curiosity and crowd-source information,” he said. “They can also find out more about the projects we’ve done, including exhibitions, publications, symposia, workshops and capacity building.”

In another move, a laboratory page enables users to share the platform with people and provides access to satellite pages with opportunities for online residencies. “Researchers can discover specific collections and work on a project, adding new layers of information, videos and text, for example, while also sharing their progress with us,” he explains.

Marc stresses that the platform, which went live on May 17, remains a work in progress and should be seen as something evolutionary. “It’s not final, it’s always being updated as is the case with technological tools,” he says. “But users are experiencing it and making it better, which is definitely a positive.”

The Arab Image Foundation’s platform can be accessed at
www.arabimagefoundation.org