Masoud Akhavanjam’s two large-scale, stainless steel structures on show at the Venice Biennale explore the choices we all face in life and their far-reaching consequences 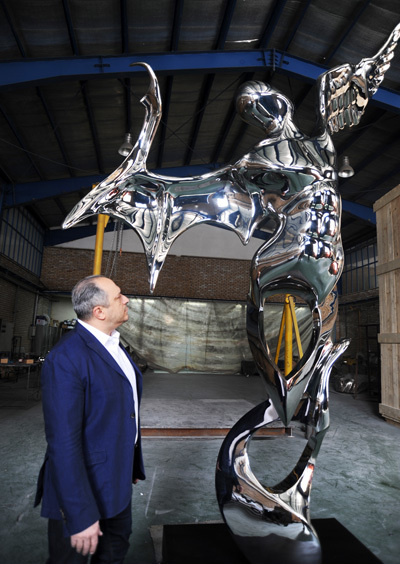 Life’s age-old contradictions and the push and pull that conflicts produce have long been a source of fascination to the Iranian sculptor Masoud Akhavanjam, regularly finding their way into his work.

Yet somehow, the two large-scale, stainless steel structures he has created for the forthcoming Venice Biennale, aptly titled Dilemma of Man and Metamorphosis, take the deep, searching questions he likes to ask to a new level.

“Mankind has always had choices to make and decisions to take with far-reaching consequences, both personally and on a societal level,” he said. “I very much wanted to explore these themes further in these works.”

The sculptures form part of the GAA Foundation’s Personal Structures Open Borders exhibition and will be on show at Venice’s waterfront park, Giardini Marinaressa, from May 5 to November 29. 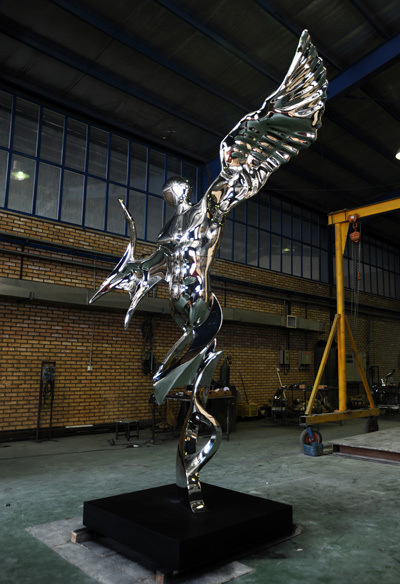 Measuring 400cm x 246cm and weighing 800 kilos, Dilemma of Man takes the form of a human ﬁgure with a pair of wings – one angelic in appearance, which is beautifully feathered, and the other bat-like. “I wanted to relay the crossroads we arrive at on a daily basis, signposting good and evil, those pivotal points that we reach in the decision-making process and the temptations in front of us,” he explained.

Metamorphosis, meanwhile, serves as a reminder that the most effective way to bring about socio-economic development and improvements is by working together. Akhavanjam’s comment on this issue takes the form of a three-in-one sculpture comprising a bull, an elephant and a deer - animals with varying strengths and attributes. Inspired by the Persian mythical ﬁgures of the Achaemenid Empire of Iran, the heavy-duty work measures 207cm x 80cm. 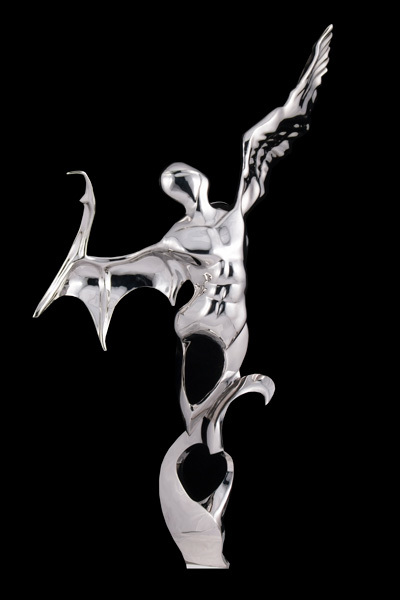 “The idea was to highlight the valid contribution that each member of society makes and their ability to coexist peacefully,” he said. “I also wanted to comment on the impact that decisions taken at the top level can have on the rest of society. Decision-makers are not always willing to take the selfless route for the greater good rather than the selfish one. When you look at societies that have flourished, you can see that leaders have usually put the interests of the people first.”

Akhavanjam, who lives and works between Iran and Spain, explained that his work has become more figurative over time. “Initially my pieces were more abstract, but bit by bit I moved towards conceptual art,” he said. “I think it was my desire to look deeper into socio-political issues and comment on humanity that led to me creating these more figurative models.” 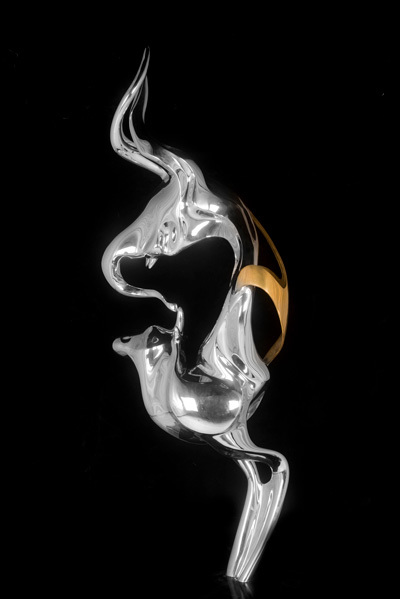 Even the steel that Akhavanjam chooses to work with, which he first began using when working at his father’s manufacturing company, is laden with contradictions; industrial and sturdy, yet carefully sculpted into delicate, forms. “I love creating something beautiful and harmonious out of a strong, hard material,” he said.

While the launch of the Venice Biennale might be fast approaching, Akhavanjam already has his eye on future projects. “I’m constantly thinking ahead,” he said with a smile. “I’m surrounded by designs and sketches that I’ve started. I enjoy surprising myself and my fans.”

Dilemma of Man and Metamorphosis will be on show from May 5 at Venice’s waterfront park, Giardini Marinaressa.