A tribute to Batroun 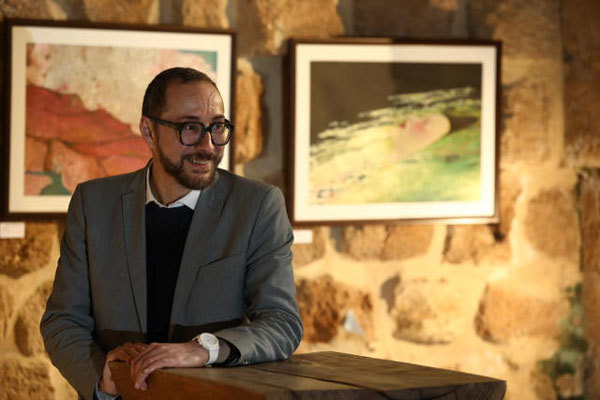 The historic coastal city of Batroun inevitably has a special place in Sami Basbous’s heart, given that he was born there and his father’s family hails from the local village of Ghouma.

However, the Beirut-based artist’s affection for this Northern gem goes much deeper, as he explains. “When I’m away, my dream is not only to be in Lebanon, but in Batroun; there’s something very special about the city,” he muses. “I feel as if it really speaks to me. I particularly love the fact that even though it has been invaded many times over, the city has somehow maintained an atmosphere of peace and serenity.”

As an artist, Basbous also finds Batroun’s architecture inspiring, along with its people, whom he describes as endearing, and its signature places of interest, such as the old port. Now, these landmarks, both big and small, that give the city its unique character have provided the inspiration for Basbous’s latest exhibition, titled ‘Batroun, from Sea to Mountains’, which is currently taking place at Villa Paradis in the Old Souk Area of the city. The show includes a fascinating collection of artwork by Basbous, enhanced by live musical performances, interactive storytelling and poetry recitals by the well-known, highly versatile painter, composer, performer and writer. Having been extended due to popular demand, the exhibition is now running through to April 22.

Basbous explains that ironically, he was actually walking the streets of Beirut when the seeds for the show’s theme were first sown. “Some of the posters and flyers that are stuck on top of each other on walls throughout the city caught my eye one day,” he said. “I’ve seen them many times before, since they’re a common sight, but it suddenly occurred to me to go and see what Batroun had to offer in terms of its own individual characteristics.” 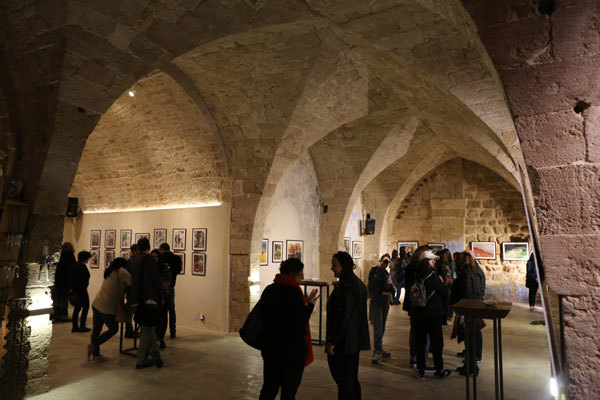 The idea evolved into a summer spent in the city, during which Basbous  put his head down, as he describes it, and paced through the shadows of the city, photographing everything that he spotted, from the fishermen working at the port to the old walls that have stood the test of time over the centuries and even the wistful faces of migrant workers.

When he’d removed the papers from the walls and lampposts, some of which dated back years, he began peeling and scratching them, keen to discover what the multiple layers revealed about themselves and their surroundings. The next stage of the process he set himself was to photograph the work and then print the results on canvas. Afterwards, back at his atelier, he moved on to another stage in the project, which involved painting portraits, drawing on the inspiration he found across the city, which were superimposed on top of the work.

The mesmerising, multilayered results combine fact with fiction in the form of haunting personas, each with their own story to tell. Basbous admits that he found the entire process comforting, as if he was being pulled back home. He was also keen to relay the message through the show that however seemingly diverse each artefact is, together they hold unbreakable connections, both to each other and the city from which they originate.

Basbous admits that preparing for the exhibition proved to be an experience that was both emotional and healing. “There was a real feeling of returning to the land of my childhood, of revisiting and reinterpreting my memories, even though inevitably they won’t be entirely accurate, as nothing ever is,” he says. “It helped me to find meaning as an artist.”

The coming months look set to be equally busy for Basbous, with his plans including a show in Venice and a book he has written, titled ‘Heal the Boy’, due to be published in September.

“I’ll also be working on music and additional writing, since I’ve now turned my focus to fiction,” he explains. “I do find myself jumping from one thing to another, but it seems to harmonise rather than clash. Like so much in life, it all seems to be linked.”
‘Batroun, from Sea to Mountains’ is currently taking place at Villa Paradis, Old Souk Area, Batroun, from April 6 to 22.