Talent, with a traditional twist

Glass artist Felekşan Onar talks to Ahmad Minkara about her incredible journey from the world of banking to showcasing her work at the V&A, London, and Venice Glass Week, Murano 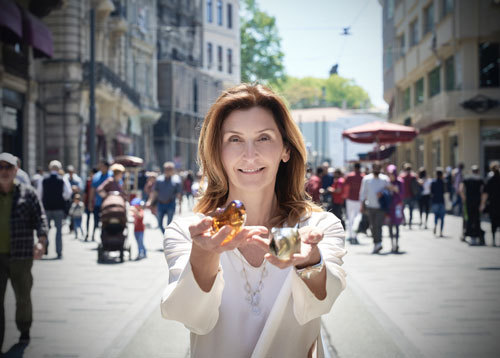 Yet they have all contributed to her success in their own way, as she explains. “My years at Cornell gave me the skills to plan, tackle problems and overcome challenges, and grow intellectually,” she said. “At the same time, while studying music in Vienna, I became interested in the Vienna Secession Movement [a group of Austrian artists that came together in 1897 led by Gustav Klimt], and have certainly drawn on that movement in my work.”

Although Felekşan was first introduced to the art of glass when attending Izmir American College, it would be several years before she finally devoted herself to her art. “I was searching for art outlet, but couldn’t find it,” she acknowledged. 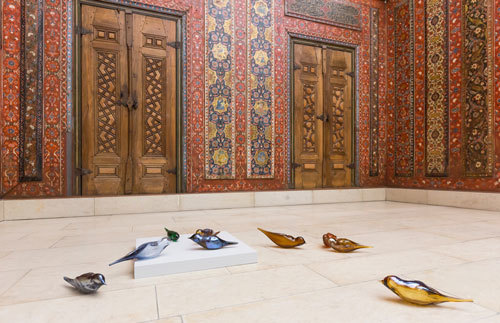 After completing her studies, Felekşan returned to Turkey and began working at Citibank in Istanbul. “I wanted to gain an understanding of the local business scene,” she explained. 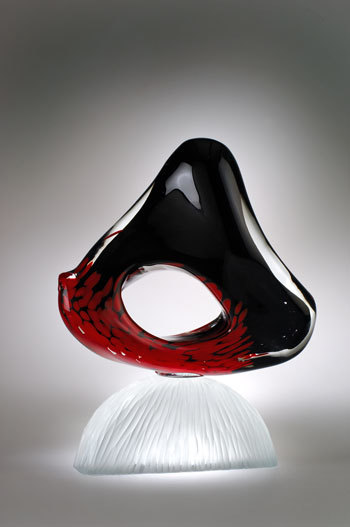 Significantly, she found herself drawing glass objects – a move that prompted her to return to this beloved pathway and formalise her passion by attending the Glass Furnace, an Istanbul-based foundation where artists are able to work intensively on their application and production techniques. The institute also sets out to promote glass art and cultural activities.
Felekşan trained under the renowned French glass artist, Chantal Royant, who is noted for the way in which she celebrates light, colors and shapes through her chosen medium.

Her hunger to learn proved to be a key driver at this time, while the skills Felekşan picked up at university proved extremely useful. “There are many different techniques for making glass, all of which require a certain expertise,” she noted. “Because of this, I designed a curriculum and taught myself from these artisans in Istanbul. Step by step, I learned all the techniques and what the artisans residing in Istanbul were doing in their work.”

From fusing, slumping, kiln-casting and flame-working to hot-forming, blowing and cold-working, she assimilated the attributes that would enable her to hone her craft and established her own brand, Fy-Shan Glass Studio, designing and producing limited-edition functional art, decorative objects and lighting. 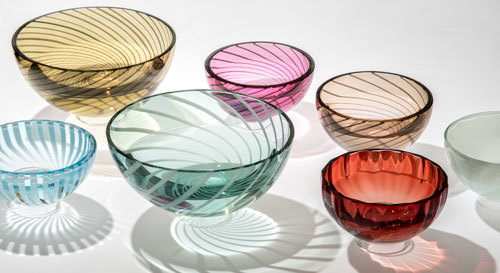 As she developed her craft, Felekşan’s talent quickly shone through. Her first show, which took place in 2004 at the Dirimart Gallery in Istanbul, was a huge success, with others following. The year 2008 would prove to be a major milestone, in which the artist was invited to show her work in Berlin at Nadania Idriss Contemporary Gallery.

“We found we had a really good rapport,” she said. “Thanks to that exhibition, I was subsequently invited to participate in a group show at Berlin’s Pergamon Museum.”

Other major shows followed, including initiatives at the Neue Galerie, New York, collectives in Scandinavia and participation at the 11th and 12th editions of Contemporary Istanbul. 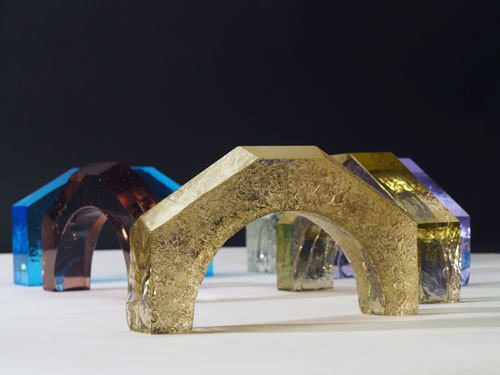 Undoubtedly a career highlight was Felekşan’s participation in a show held last year at the Jameel Gallery of the V&A, London, to mark Refugee Week. Her contribution was a collection of intricately created mould-blown glass swallows without wings, presented under the banner ‘Perched’, symbolising the way in which refugees are grounded, with nowhere to go. The show also travelled to Berlin and New York.

Felekşan has always felt an affinity with her heritage, which is clearly manifested in her choice of medium, given Turkey’s long-standing tradition of glass-blowing. Nowhere was this more evident than in the impressive 41 glass bridges she created for the 2018 edition of Venice Glass Week, held in Murano, which highlighted the relationship enjoyed by the Venetians and the Ottomans when it comes to this fascinating medium. “Glass not only expresses my past and present, but also my anxieties and expectations for future. Through glass, I speak, breathe and live,” she said, to summarise.