Hala Schoukair is a New York-based Lebanese artist known for her intricate, detailed artwork. She is also the president of a foundation that manages and maintains the work and vision of her mother, the late renowned artist Saloua Raouda Choucair. On a recent visit to Beirut, she took time to tell ArtScoops about her childhood influences, keeping her mother’s legacy alive and the changes she’s witnessing in her own work.

I began dabbling in art at an early age. As a teenager, I had the walls of my room plastered with photos of the stars of that time. But since they did not mean much to me, I took the liberty of transforming their faces into all kinds of collages. That said, I never thought I’d become an artist. In fact, when I left Lebanon for the Sorbonne, Paris, it was to study film production. That was what I expected to do professionally, although I was still able to do a lot of art while at university. My mother [the pioneering Lebanese sculptor and painter, Saloua Raouda Choucair] saw painting as a dying form and didn’t really want me to become a painter. Her paintings in the 1950s were mostly plans for murals or elements to be integrated into architecture, and she was keen for me to explore cinematography as a new language. However, her influence was in many ways pivotal to how I came across art. 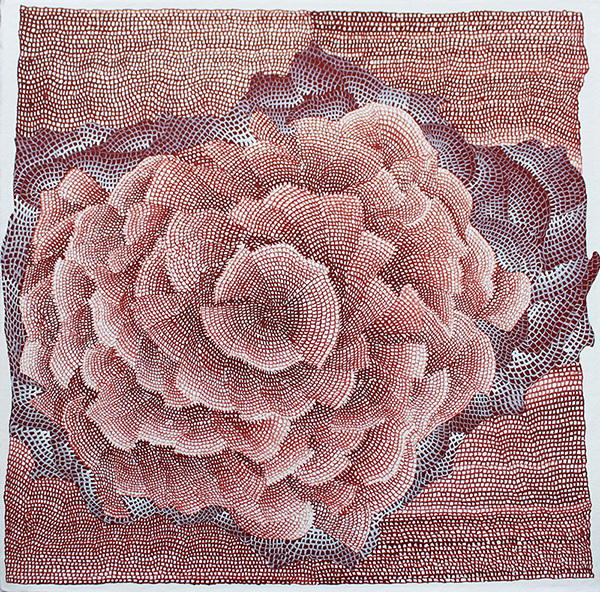 My mother somehow managed to encourage me, but very subtly, often by being playful and imaginative. For example, we were always creating things with our hands, whether it was by making arrangements of flowers we’d picked in the forest or working together with clay. In many ways, my mother was very avant garde in the way she raised me; I was allowed to paint on the walls of the house, for example, and it took for ever to repaint those walls. When I received my first set of crayons when I was six years old, I stayed up so late drawing, I couldn’t stop and I remember my mother waiting for me to go to sleep. She genuinely wanted me to be happy and express myself. 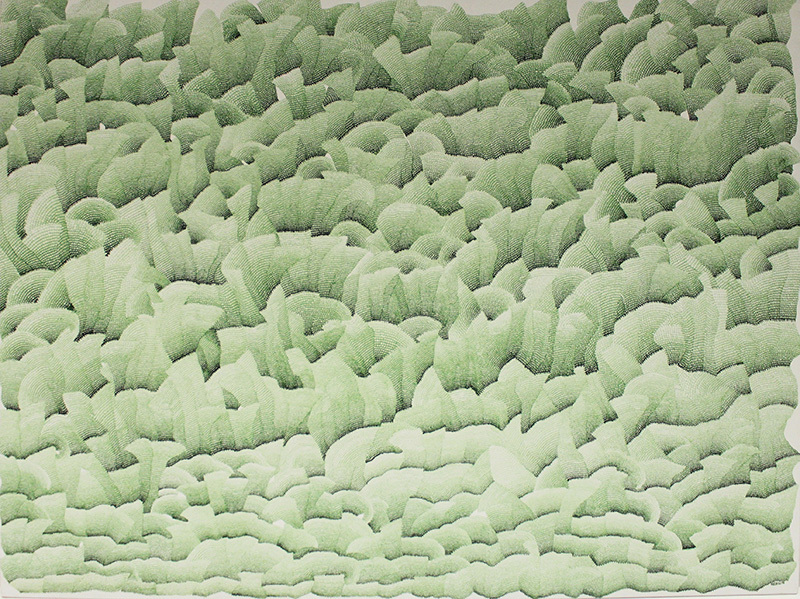 How did you combine working as an artist with bringing up your children?

It was very tough, especially in the early days, since I was raising my kids alone in New York. This meant I barely had time for art. I tried to factor art in whatever I did for them, like creating a doll-size grocery store with fruits and vegetables out of playdough. However, I certainly couldn’t take advantage of the New York cultural scene. It was more about grabbing a few hours to go to a class at the Art Students League of New York, which was both inspirational and a great meeting place. The thought of those mornings at the League kept me motivated. As the children became older, I had more free time and was eventually able to participate in shows and find time for other key projects, like organising a Retrospective for my mother in 2011. 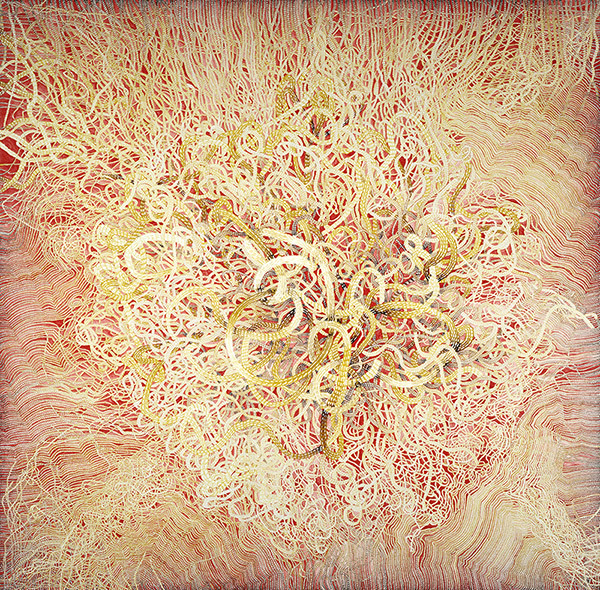 It’s a huge and time-consuming project, which was inevitable since my mother and her work are both such a high priority for me. I love what my mother achieved in her work, but there is a poignant side to it too, since she suffered greatly in her life due to her art often being misunderstood and overlooked. I carry some of that frustration and disappointment with me on her behalf, and because of that, I’m rarely satisfied with her public sculptures. Instead, there’s always a feeling that they’re not being viewed in the way she wanted. Her Bench (1998) work, commissioned by Solidere and installed in Mir Amin Square in Beirut, is a prime example. The stone bench in was supposed to lay on a loose curve, but a decision was taken to split it into two parts, which distorted its form. In addition, her poem sculpture located in front of the nearby UN House is constantly vandalised… She wanted her work to be enlarged and integrated into urban landscape in a way that was not achieved. We are also in the process of establishing a permanent base that would house all her available pieces and archives in one location. I find the idea of creating projects that will do her work and vision justice really motivating. 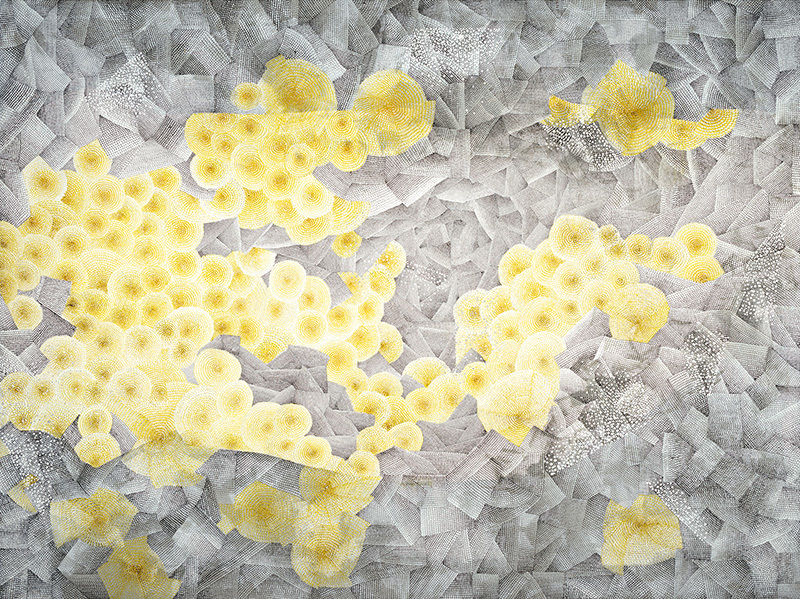 How do you chart your own journey as an artist?

My work is very much a display of my daily simple emotions, and a certain fascination with the universe from both end specially the small infinite. My inspiration has taken many forms over the years. At one point, I reached a stage where I wanted to get to the essence of what really mattered to me in my work. The results were very minimalist, but they enabled me to access a spiritual and detached level in my art. More recently, I’ve moved to larger-scale work and have been motivated to try something new. Some of the changes in my art are obvious, such as adding colours or moving into lines that are more intermingled. Others are less noticeable to the outside world, but very important to me, including a feeling that I’m opening up to the world a bit more and having more conversations.