Natalya Andakulova, founder of the Andakulova Gallery in Dubai, believes that Central Asia’s art is the ideal medium for relaying the region’s rich culture and fascinating history to an increasingly wider audience

What prompted you to open the Andakulova Gallery?

I was born in the most beautiful, historical and timeless city of Samarkand, Uzbekistan. Located in the heart of Central Asia, it’s a place of history-making and legendary warriors (Timur), empire builders (Babur, founder of the Mughal empire), poets (Omar Khayyam), religious leaders (Bukhari, whose collection of Hadith or the sayings and traditions of the Prophet (PBUH) are considered the most significant) and scientists (Ulugh Beg, astronomer). Growing up in the midst of a region of striking beauty and immense historical importance, I thought I should let the rest of the world share its wonders. I founded and manage the Andakulova Gallery, since I think art is one of the best ways the rich culture of Central Asia can be conveyed. 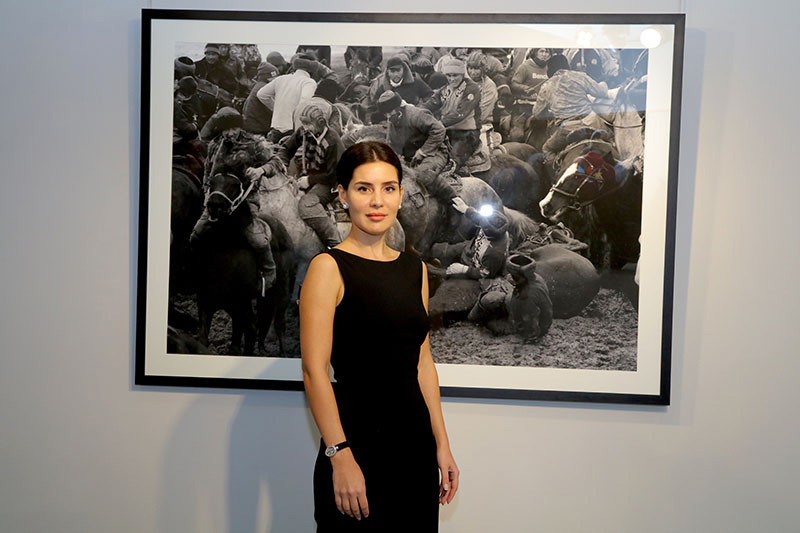 Why did you decide to focus on art from Central Asia and Uzbekistan in particular?

It’s a fact that Central Asian art has not been given the reception it deserves in the world capitals of art. Central Asia has one of the richest and most powerful art ecologies you can find anywhere; its art is Persian-inspired, Soviet/Russian-influenced, European-guided and, for the local touch, nomadic-reinforced. All these features are taught and studied in institutions, while museums have also played a big part in the creation of Central Asian artists. The A. Kasteyev State Museum of Arts, the largest art museum in Kazakhstan, located in Almaty and named after Kazakhi painter, Abilkhan Kasteev, has over 23,000 artworks from the Soviet era (1920s–1990s), Russian artworks (17th to early 20th century), West European (16th – 20th centuries), and art from China, India, Japan and Korea. Generations of artists working in their own styles, impacted by their own culture and proficient in European techniques, were brought up in this eclectic mix, rooted in strong academic knowledge. Focusing on these aspects is bringing out both the depth of Central Asian art-making and its unique position in the art world. 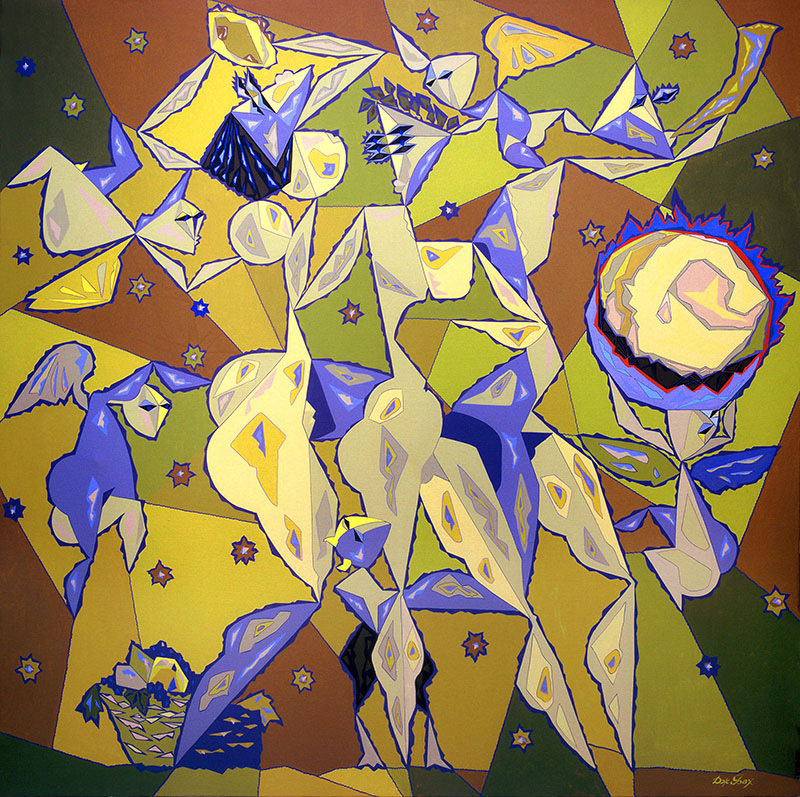 How do you carry out your research when identifying potential artists whose work you decide to feature?

Andakulova Gallery does significant research before exhibitions because we understand the responsibility we have towards our clients and collectors. I firmly believe it is important for us as a gallery not only to promote art, but also to do research on what makes it art. We can proudly announce our current collaboration with Skira publishing house, Milan, Italy, about a Monograph on Bakhodir Jalal, an Uzbek artist considered a living legend in his country who is collected by renowned international institutions. In fact, his artworks are available through Artscoops. We also participate in international art fairs and will this year be present in Contemporary Istanbul, where we will show artists Almagul Menlibayeva, one of the most renowned Kazakh contemporary artists, whose principal medium is video installations, and Uzbek artist Said Atabekov, whose work spans video and photography to sculptures and installations. I also have strong, personal relationships with artists and always try to understand the human being beneath the artist. In short, the gallery-artist relationship is not a mere commercial contract, but a living bond. 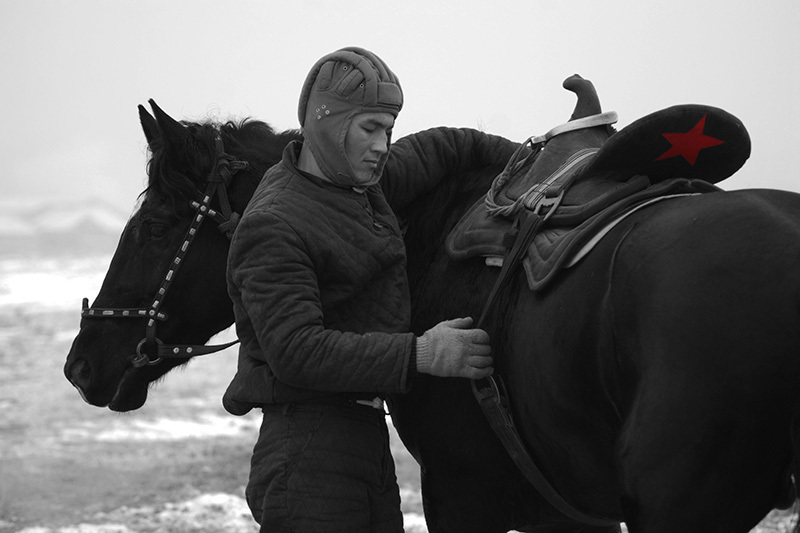 How is art from Central Asia being received by collectors and what do you think are its main attractions?

Art from Central Asia is highly appreciated by art collectors. Nowadays, collectors are very educated and have their own tastes and focus and when we show them artworks, they immediately recognise an artist’s skills and talent. I feel the main attraction of the Central Asian art I deal in is its uniqueness and the cross-cultural language it speaks. Price is still a very attractive factor, since it allows collectors to diversify their art investment. 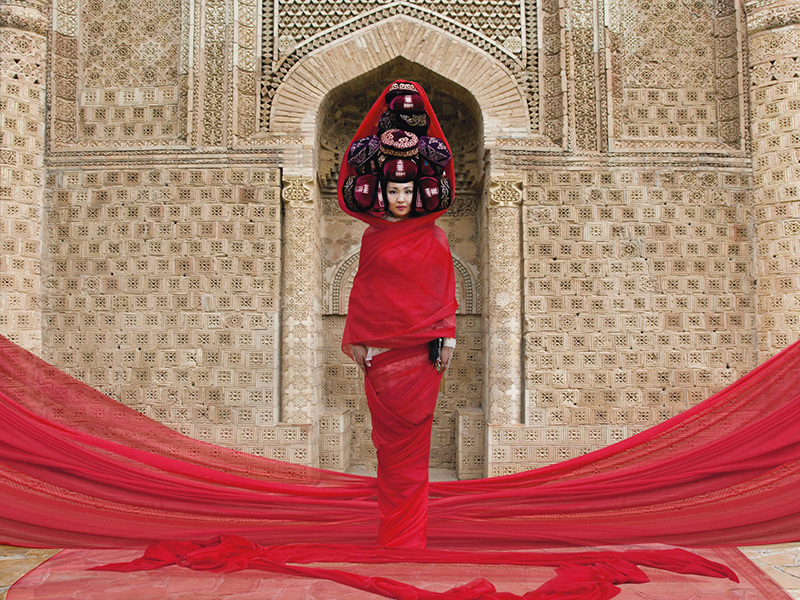 Can you share some of the key elements of your programme?

Andakulova Gallery does five curated exhibitions per year, participates in art fairs, supports the Tashkent Biennale, commissions art projects and works with developers and hotels. We help our collectors with archiving and cataloguing their collections. Writing books and articles, and having art talks and lectures in the gallery, are also part of our program. 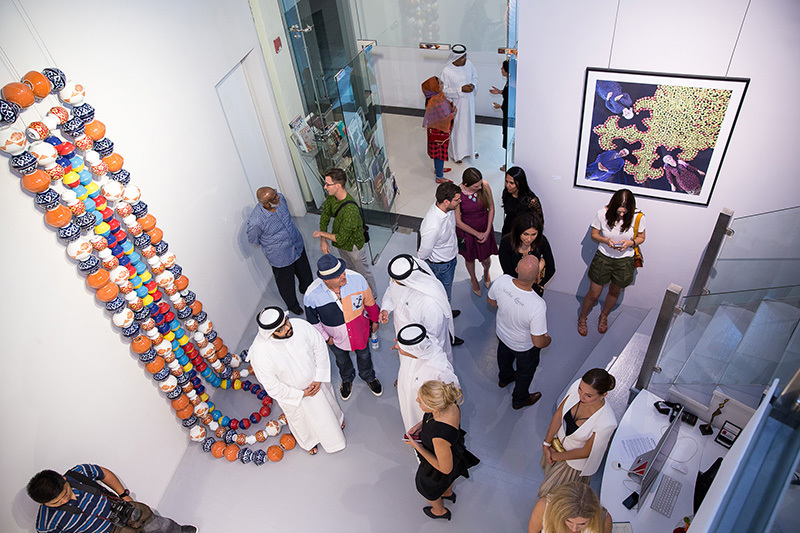 What do you see as the main challenges of cultivating a dialogue between Central Asia and the Middle East, one of your aims?

I guess all galleries have challenges! I’ve found cultivating a dialogue between the Middle East and Central Asia more beneficial than challenging because I can see the high level of interest from art institutions. Recently, I was invited by The New York Times to attend the Art Leaders Network Summit in Berlin. Sothebys Auction has had two exhibitions with a focus on Central Asian art, while the eighth edition of Art Dubai 2014 had its Marker section featuring art from Central Asia and the Caucasus region, curated by the art collective, Slavs and Tatars. Maraya Art Center, Sharjah, held an exhibition titled Migrasophia in 2012, which marked the first curatorial art exhibition to be staged in the UAE exploring contemporary art practices from the post-Soviet terrain of Central Asia and its neighbouring regions. Sharjah Art Foundation has shown video art by (Almagul) Menlibayeva and Andakulova Gallery will host her solo show in March 2019. All these factors show Central Asian art is holding its own among collectors, aficionados and critics. 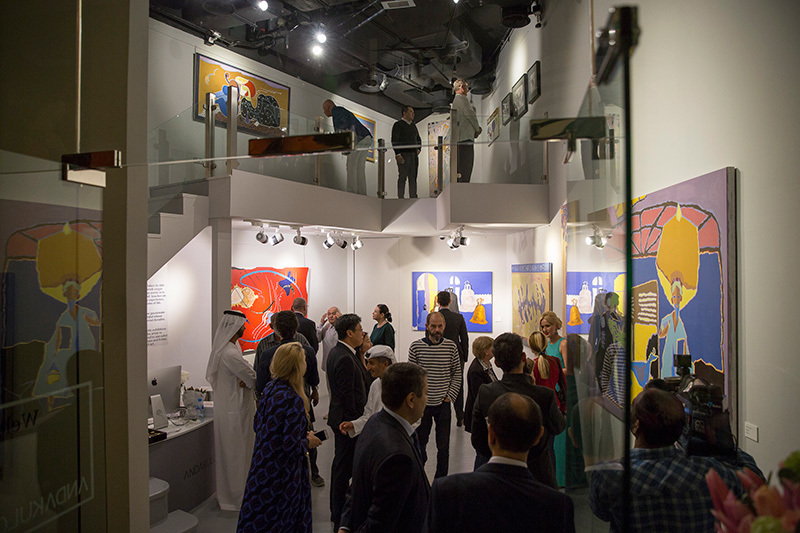