Karim Sultan, director and curator at Barjeel Art Foundation, which manages, preserves and exhibits the personal art collection of Sultan Sooud Al Qassemi, talks to Artscoops about the museum and cultural institution’s decision to display 100 or so of its works long term at the Sharjah Art Museum and the immersive experience of working with contemporary artists on the ‘Ishara’ show

What has been the response so far to ‘Ishara: Signs, Symbols and Shared Languages’, the exhibition you’ve curated which is currently running at Concrete, Alserkal Avenue, Dubai and has it met your expectations?

The ‘Ishara’ (Sign) exhibition has proved to be an incredibly interesting collaborative platform. We chose the meaning and use of language as the primary theme for the show since communication is very much part of the local ecosystem in the UAE. The aim was for the 10 participating artists to focus on creating work around the theme of language, in particular, this idea of a ‘lingua franca’ and how it relates to their lives and experiences. The platform focuses on emerging artists who work and reside in the UAE, and themselves come from a number of linguistic backgrounds and negotiate the terrain of language in different ways in their own creative practices.
The public has really engaged with the exhibition and its theme, which is immensely satisfying. From a personal point of view, I’ve also enjoyed working with contemporary artists, which has been a very different, more immersive experience for me, since much of my recent work has been spent on the work of modernist artists from the 20th century. 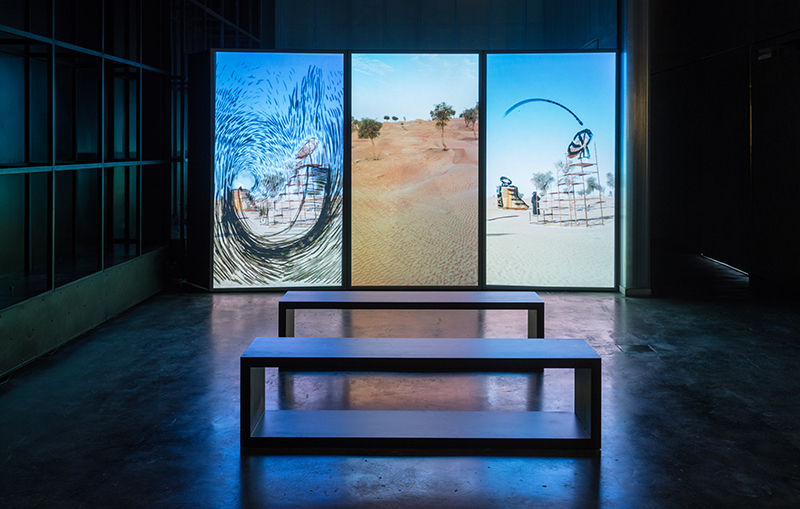 What’s the next exhibition you’ll be curating after ‘Ishara’?

Barjeel Art Foundation’s upcoming project is a major, long-term exhibition of modern work that will be displayed at the Sharjah Art Museum, long in the making and involving some 100 works that we have put together with a guest curator. We expect the exhibition to open in May, with the works remaining on show for around five years.
The project marks a major shift for us in that we’ve been touring works internationally for a number of years, with the focus on building awareness, but felt that the time was right to put these and other works on public show in a permanent space. Since the idea is for the exhibition to introduce visitors to art from the region, we plan to display a very broad selection of works by significant, 20th century artists from the Arab world. 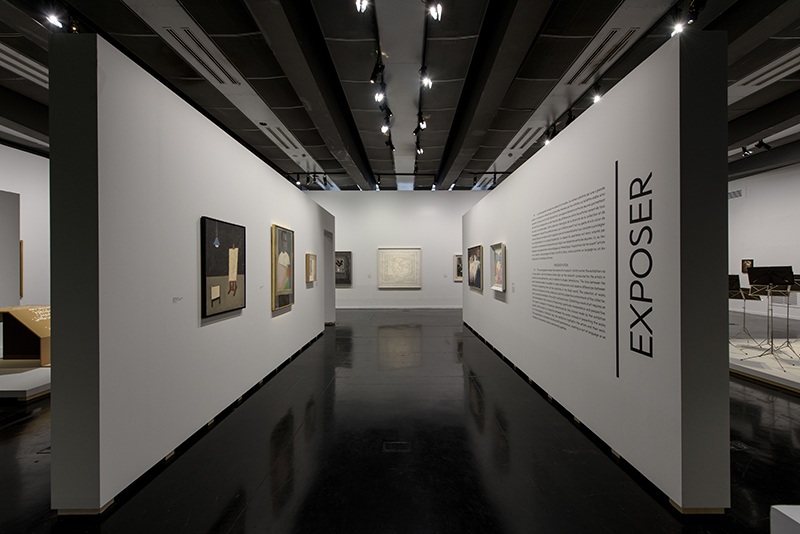 Art Dubai 2018 is almost upon us. What do you expect to be the highlights at this year’s edition?

I’m particularly looking forward to hearing more about the landmark book ‘Modern Art in the Arab World: Primary Documents’ (2018) which is due to be launched in the coming weeks. This collection of essays and primary texts by experts in the field, which is being published by the Museum of Modern Art, has been years in the making and marks a huge milestone since it’s the first such compendium of its type to be produced in the English language. We were extremely happy to play a part in its production in our own small way and I’m sure its approaching launch will be a topic of conversation. The Art Dubai Modern Symposium is also a highlight, a relatively new addition to Art Dubai’s programming which I think have given it extra depth. 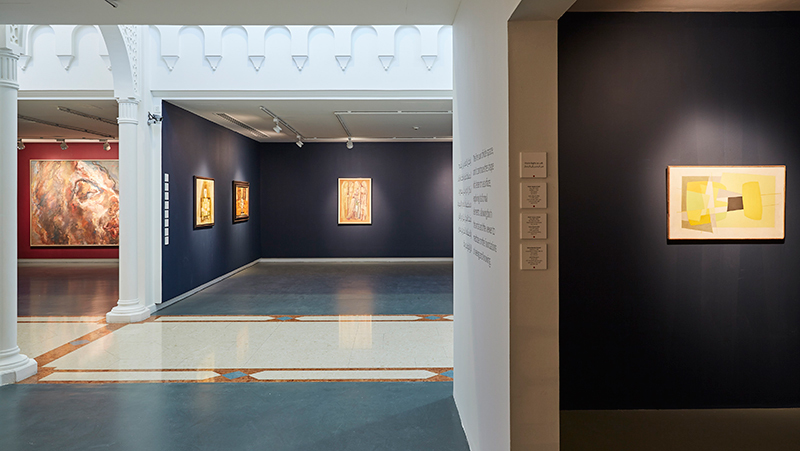 Barjeel’s recent exhibitions in the US were recognised as milestone events in terms of the part they played in bringing MENA art to the country. How did you feel they were received?

We’ve held three exhibitions in the US in the past year, all of which took place at university museums, which I think was beneficial, since they provided us with a direct link to captive audiences. We were essentially producing shows for ‘the next generation’ of experts. Holding the shows at universities also allowed us to engage in earnest discussions with scholars and students and address a variety of questions quite openly, which was very rewarding. 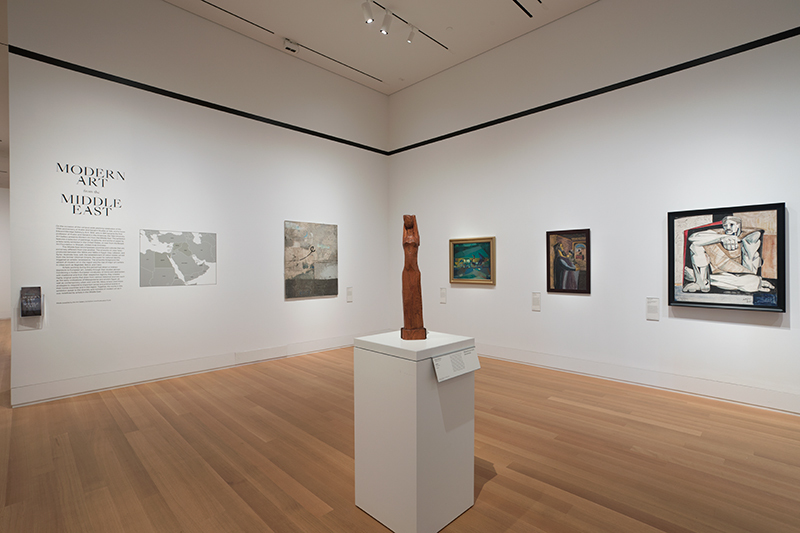 How do you believe the current challenging climate and regional conflict is affecting artists from the MENA region in terms of their approach and the subjects or themes chosen?

I believe that artists can produce work at any moment in history, whether it’s everyday street-life or a monumental moment in conflict. However, I think there are noticeable differences in the way artists of different origins are approaching their work and in what they’re looking to achieve.
Artists that choose to make work in a place with a substantial and visible history, such as a major art-historical museum - a robust educational system - are likely to feel secure about their place in history and that they have the right to make art in their time and place. However, there may be a lack of this sense for artists from countries such as Iraq, Egypt and Syria. That said, in my area of focus, in the past one or so 100 years, you can see that there is immense innovative experimentation, the developing of an independent artistry of their own context as well as in response to an international conversation on what art is and should be, as if to say, ‘This is our story, our contribution’. There is a sense that their work is serving their individual style and identity.

What trends have you noticed among collectors in the current climate?

When I first began work for the foundation in 2009/2010, the focus was very much on giving a voice to contemporary artists from the region. However, today, many emerging artists are now established, participating in major biennials and represented internationally by galleries. This has resulted in a shift of focus, I think, on to modernist artists whose work is of historical importance. I certainly believe our collection has taken a more modernist turn in recent years. 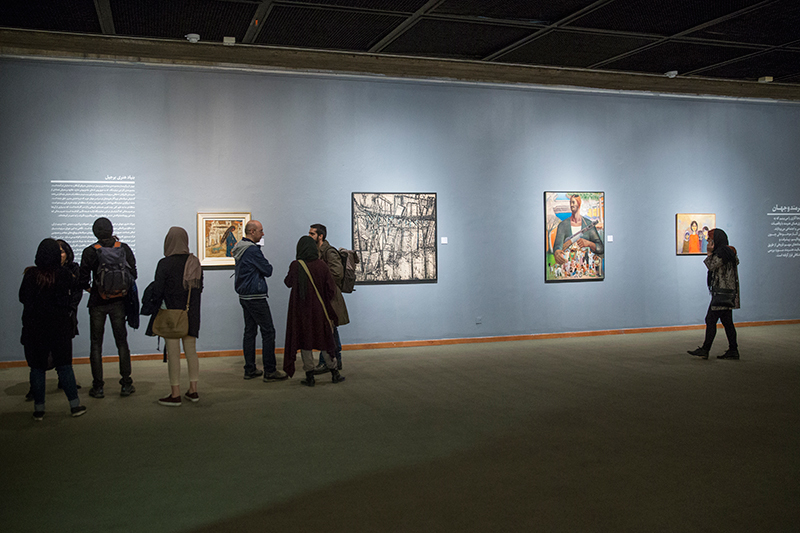