Popular, unpretentious and always remaining true to her beliefs, the artist Yasmina Alaoui appears to have tapped into a desire among many for authenticity with her sculptures and mixed-media paintings.

Yasmina Alaoui is certainly not one for remaining in her comfort zone.
While many artists would be happy to continue working in a genre that has produced sell-out shows and a stream of business, New York-born Alaoui, whose roots are both French and Moroccan, is once again embarking on something new.

“I want to try painting in oil in the style of the Old Masters,” she explains. I don’t like being settled. As soon as I know my craft, I feel it’s time to move on. There are so many media and I want to devour them all.” 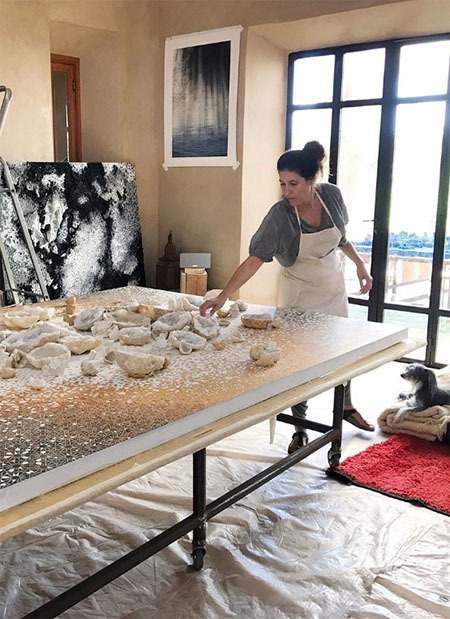 Exposure to a diverse mix of creativity early on played a key part in feeding that hunger, which Alaoui has since been keen to harness. “My mother was a real art enthusiast. She enrolled me in sculpture classes at the age of six and was always dragging me around museums,” she explains. “We were also surrounded by ‘creatives’ at home, including artists, painters, photographers and fashion designers.”

Alaoui began her studies at the Carousel du Louvre in Paris and went on to gain a BA in Sculpture from the College of William and Mary, Virginia. She then moved to New York, where she began working in film-editing and met the photographer who would also become her partner in life, Marco Guerra. The couple soon decided that they wanted to work together on a collaborative project combining Guerra’s photographs with Alaoui’s artistic talent. 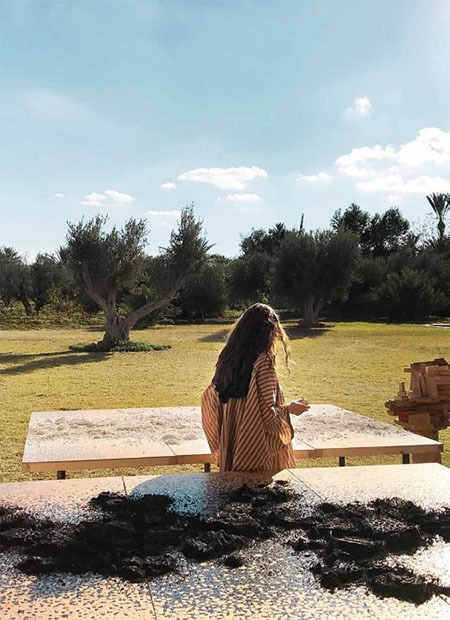 The result was 1001 Dreams (2003), a fascinating series of photographs of black and white nudes taken by Guerra which are fused with detailed, intricate ink drawings by Alaoui. Fragile, yet vibrant, her illustrations include Arabic motifs reminiscent of Moroccan henna patterns.

Both 1001 Dreams and a second series focused on the corpulent human form, titled Tales of Beauty (2004), proved to be hugely popular.

Asked why she thinks her work proved so popular in a profession that offers no guarantees, Alaoui understandably hesitates before answering. “Both Marco and I had careers, so we weren’t looking for commercial success or financial gain,” she notes. “However, personally, I’d found the art world to be somewhat elitist and because of that, I wanted to create something more representative and authentic that everyone could connect with. I think maybe this resonated with the audience.”

Alaoui’s work has at its roots her multicultural upbringing and the many opposing concepts that interest her, such as the contrast between Arabic and Western cultural identities, science and fantasy, order versus chaos, and death and aesthetics. 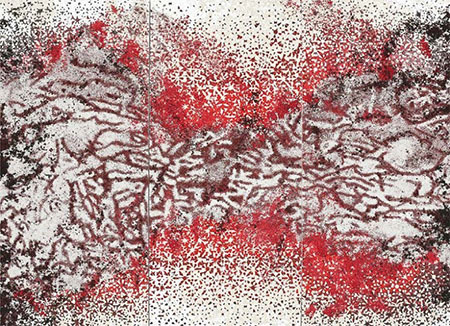 She has experienced heartbreak and grief first-hand too, losing her sister, Leila in Burkina Faso where she was on an assignment for Amnesty International. “Everything I do nowadays is somehow part of my grieving,” she states, simply.

With shows and galleries vying to exhibit more of her work, a decision by Alaoui in 2011 to move away from drawing and, instead, focus on large-scale sculptures inevitably surprised some of those closest to her.

“Many of my artist friends told me that the change wouldn’t go down well with collectors and that I needed a recognisable brand or image,” she admits.

Alaoui defends the decision by explaining that she felt an urge to return to her roots and “work on something raw and physical”.

Her sculptures and mixed-media paintings, which are made using a variety of materials, ranging from clay and bronze to plaster, also proved popular with her audiences when they were showcased in a collection titled Sediments in 2016 and 2017. 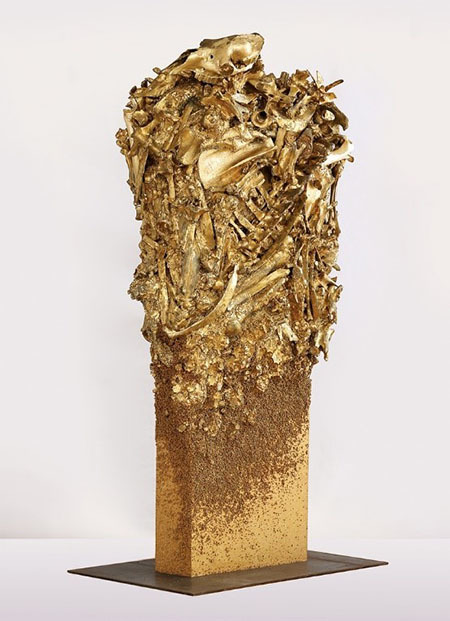 However, in typical style, Alaoui tells me her next project will see her once again venture down a different path. “I’ve never used oil paint before, so this is a new challenge for me,” she says. “It’s also the first time I’ll be choosing the medium before the concept, so that’s new and exciting too.” 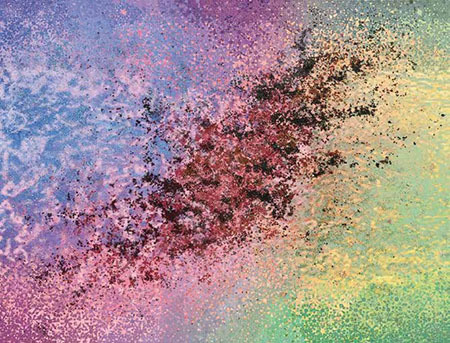 Aside from her forthcoming project and a raft of commissions, Alaoui is also currently working on several large-scale pieces and installations for the upcoming Dakar Biennale. “The lunar environment will be a key theme, with fine, colourful landscapes, while there will also be other darker, anthropological pieces,” she says.

In a separate but equally satisfying project, Alaoui and Guerra are in the middle of creating an atelier/residence in Marrakech which will serve as a base to help nurture local talent – a cause undoubtedly close to her heart. 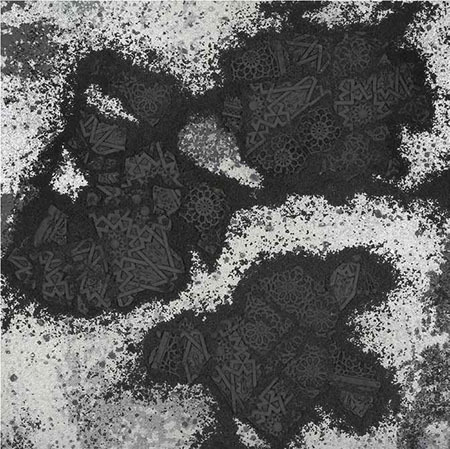