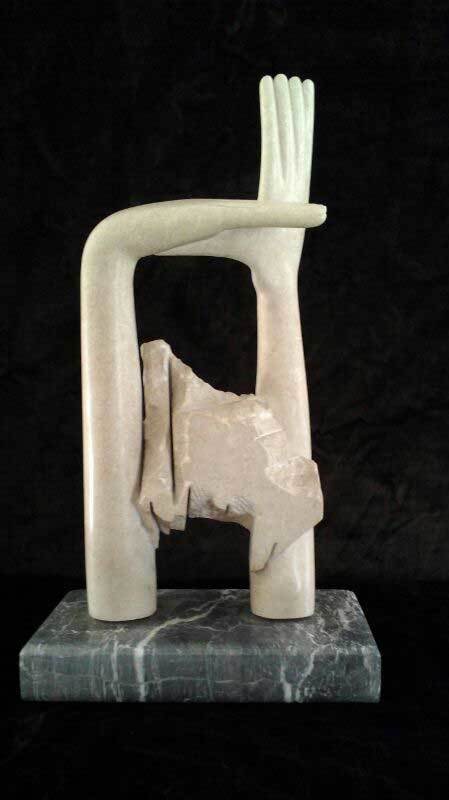 The auction is conducted in US Dollar banknotes or International transfers.

Payments in US Dollar cheques are accepted at the rate of the day.

Lutfi Romhein is a Syrian sculptor based in France, who works with a variety of materials in his craft. Born in Kraia, he traveled to Italy in 1985 to study at the Academy of Fine Arts in Carrara.

Romhein is known for producing meticulously carved pieces, characterized by a lyrical, aesthetically pleasing curvature, fluidity and flow. Working in a broad range of materials, ranging from steel, slate, plexiglass and marble to wood, he creates sculptures that span abstract pieces, animals and human forms.

His themes are philosophical and questioning, encompassing concepts such as what unites man and woman, and what sets them apart, both on a micro level and in the broader universal sense.

Romhein has produced large-scale, public commissions, as well as smaller sculptures and functional pieces, including furniture. His work has been widely exhibited in his homeland of Syria and abroad, with pieces on permanent display at the National Museum of Damascus and in France, Dubai and the US.