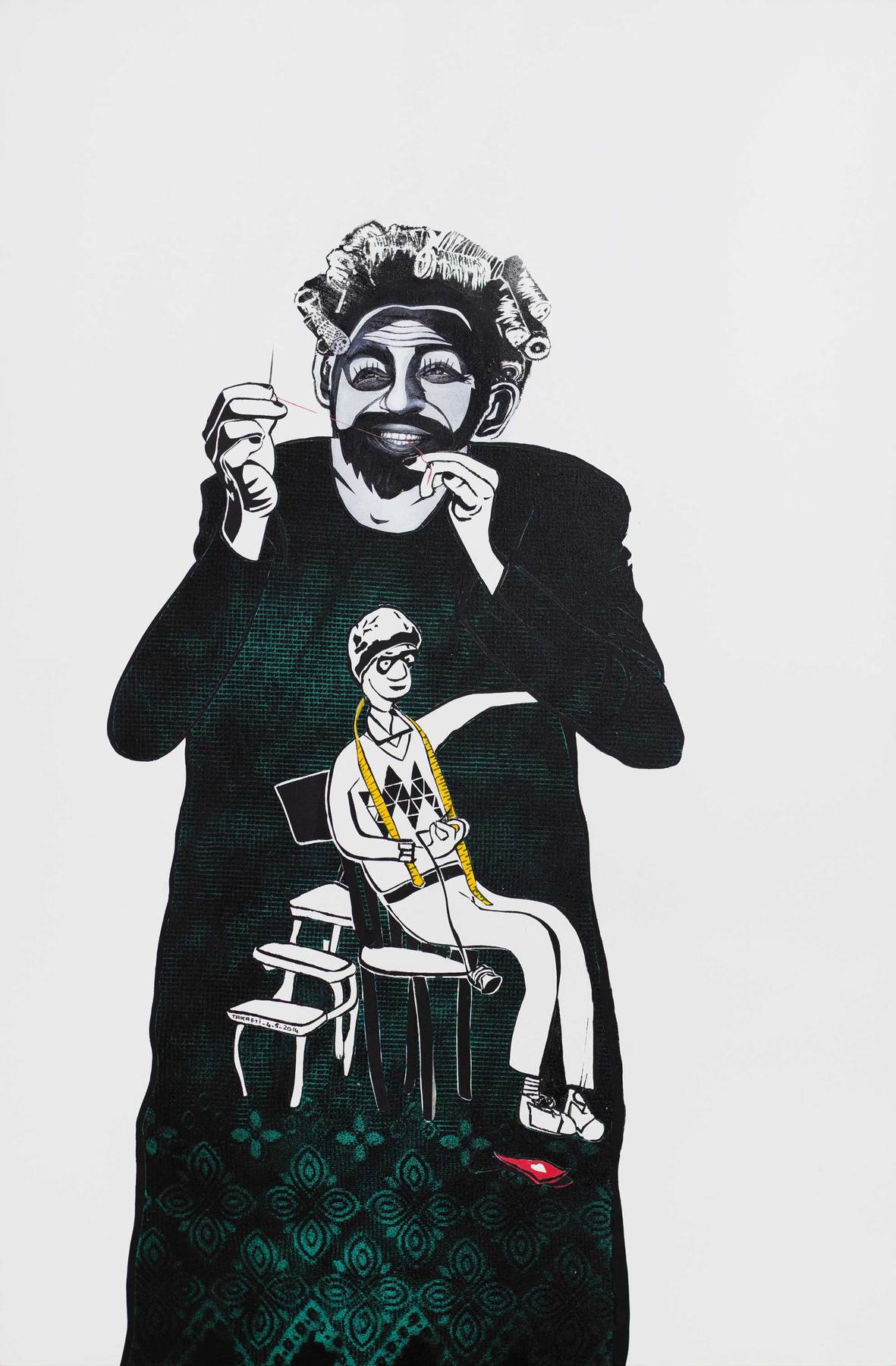 “The East has always been depicted as a woman in my work, through her eyes, her soul and her stillness. The West is more about colour, frame and motion. I think my paintings are definitely influenced by both cultures,” replies Syrian artist Khaled Takreti when asked about the subject matter in his work.

Born in Beirut, Khaled Takreti (1964) trained to be an architect but soon became known as a painter. Recognized for his innovative approach to portraiture, his figures have a graphic nature, yet portray realistic features. They are painted either monochromatically or with brilliant flat colours, appearing almost like cutouts against plain backgrounds, similar to Pop art’s appropriation of advertising imagery. The clean lines and geometry found in the background of many his works are derived from his architectural studies.

Takreti has exhibited at institutions such as the Musée de la Palmeraie, Marrakech; the Gwangju Museum of Art, South Korea; Institut des Cultures d’Islam, Paris and La Villa Emerige, Paris. His works are housed in the Syrian National Museum, the Jordanian National Gallery of Fine Arts and Mathaf: Arab Museum of Modern Art in Doha, in the collections of the museum of Institut du Monde Arabe, and Musée National de l'Histoire de l'Immigration in Paris, among other private and public collections.