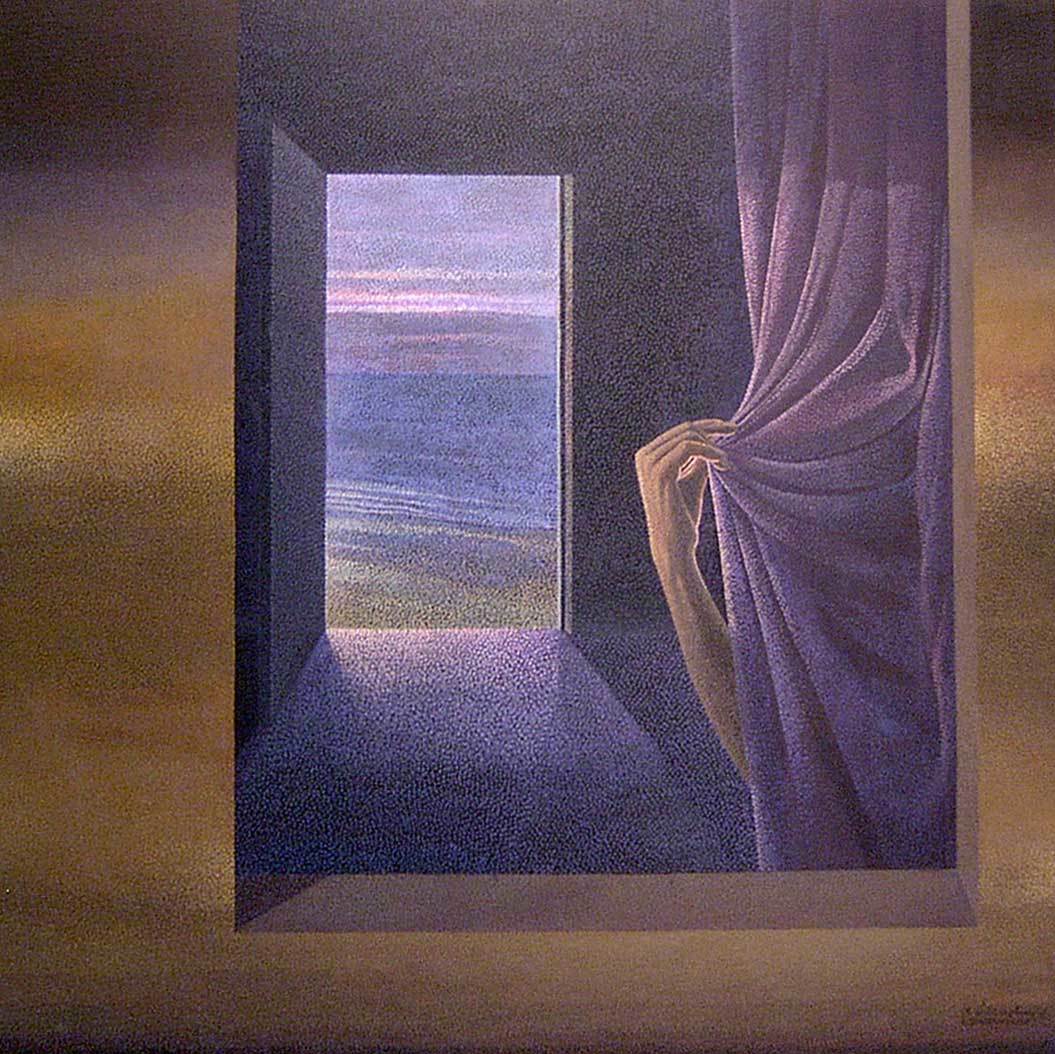 Issam Darwish is a Syrian painter who was born in Damascus and graduated from the Faculty of Fine Arts, Damascus University.

Darwish’s figurative work is often focused on the female form, with his subjects presented in movement or gesture, hands clasped or head tilted, as if captured in a moment in time. Presented in muted colours and delicately outlined, his subjects have a serenity about them. Darwish has spoken at length about his fascination with light and how it falls on his subjects, and this is evidenced in the way he focuses on the detail of the human form, especially the contrasts of light and shade on his subjects’ skin.

The horrors of the Syrian war and its impact on the country and its people are another topic explored extensively by Darwish. Paintings triggered by the conflict often focus on capturing the emotions of his subjects through their body language and expressions, which range from shock and rage to sadness. Fists clenched and hands covering a face in anguish are among the emotive movements made by his subjects that speak volumes.

Darwish’s work has been exhibited extensively across the region in solo and collective shows. Several of his paintings are on permanent display at prestigious institutions in Syria, including the Presidential Palace in Damascus, and abroad. Aside from being an established artist, Darwish is also known for his work as a writer and art critic, and has established a number of galleries.