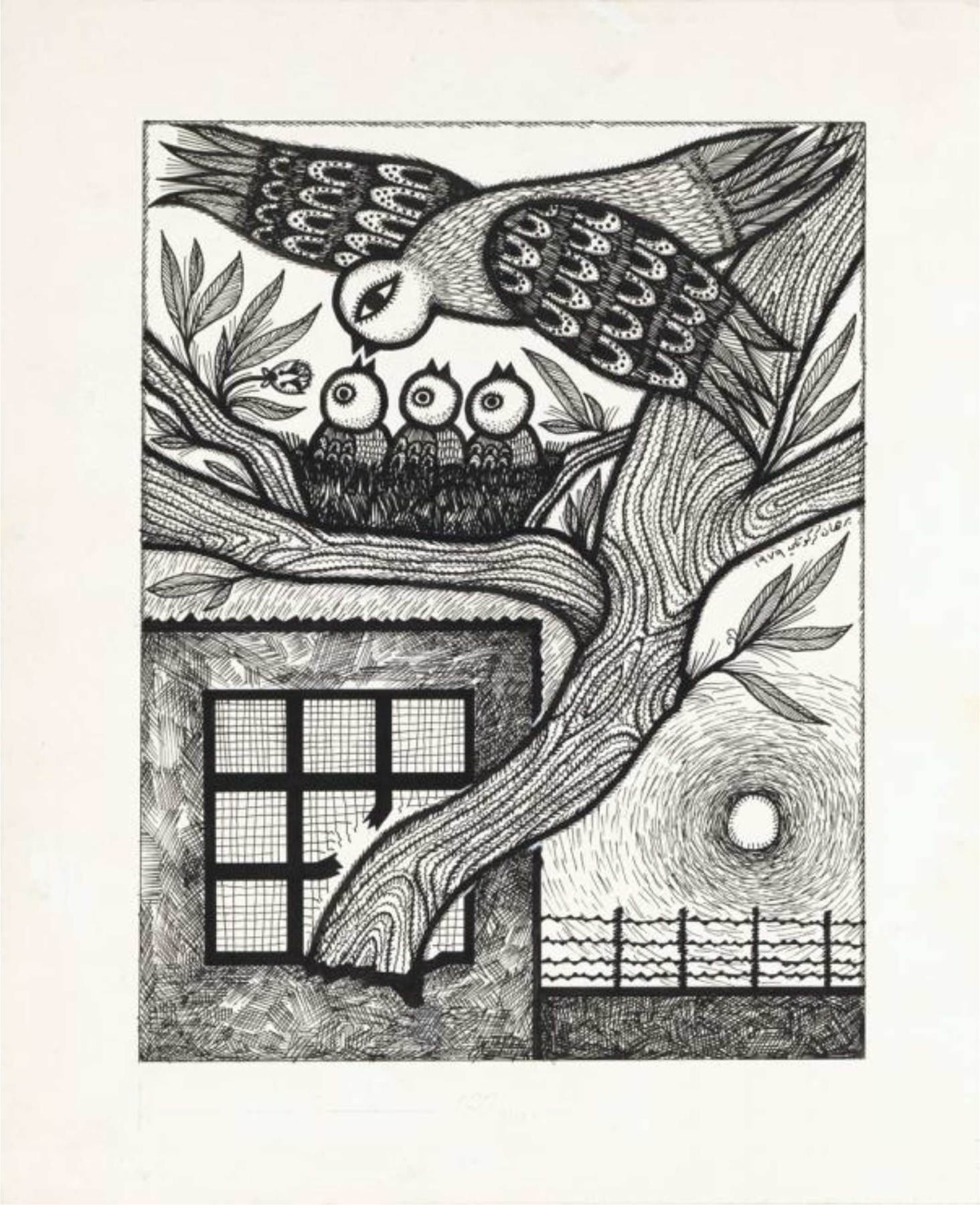 Courtesy of the artist’s family

Burhan Karkutli was a Damascus-born Syrian artist who lived in Germany for much of his life, after studying painting at the Faculty of Fine Arts in Cairo and the San Fernando University in Madrid.

Initially, Karkutli channeled his creative talents into drawing, working as a caricaturist and journalist in Casablanca, Morocco. He then moved again, this time to Berlin, having gained a scholarship to study painting. Although he made Germany his home, moving to Frankfurt and then Bonn, where he began focusing solely on his art, the Arab world remained his primary source of inspiration, especially the Palestinian people and their cause.

Karkutli’s art is largely figurative and often created in black and white using black ink, which adds pathos and melancholy to his subjects while reaffirming his talent as a graphic designer. His protagonists are usually Arabic in origin, depicted in traditional dress, sometimes families and often children, whose large sad eyes tell a troubled tale. Karkutli also produced contrasting colorful paintings in oils of traditional occasions, such as weddings and feasts.

Disillusioned by the Oslo Accord, Karkutli moved from the visual arts to storytelling in later years, recounting popular Arab tales at German theatres.

His artwork has been exhibited extensively worldwide, both while he was alive, when he became known for carrying it from city to city and setting it up himself, and posthumously.

Freedom is stronger than prison