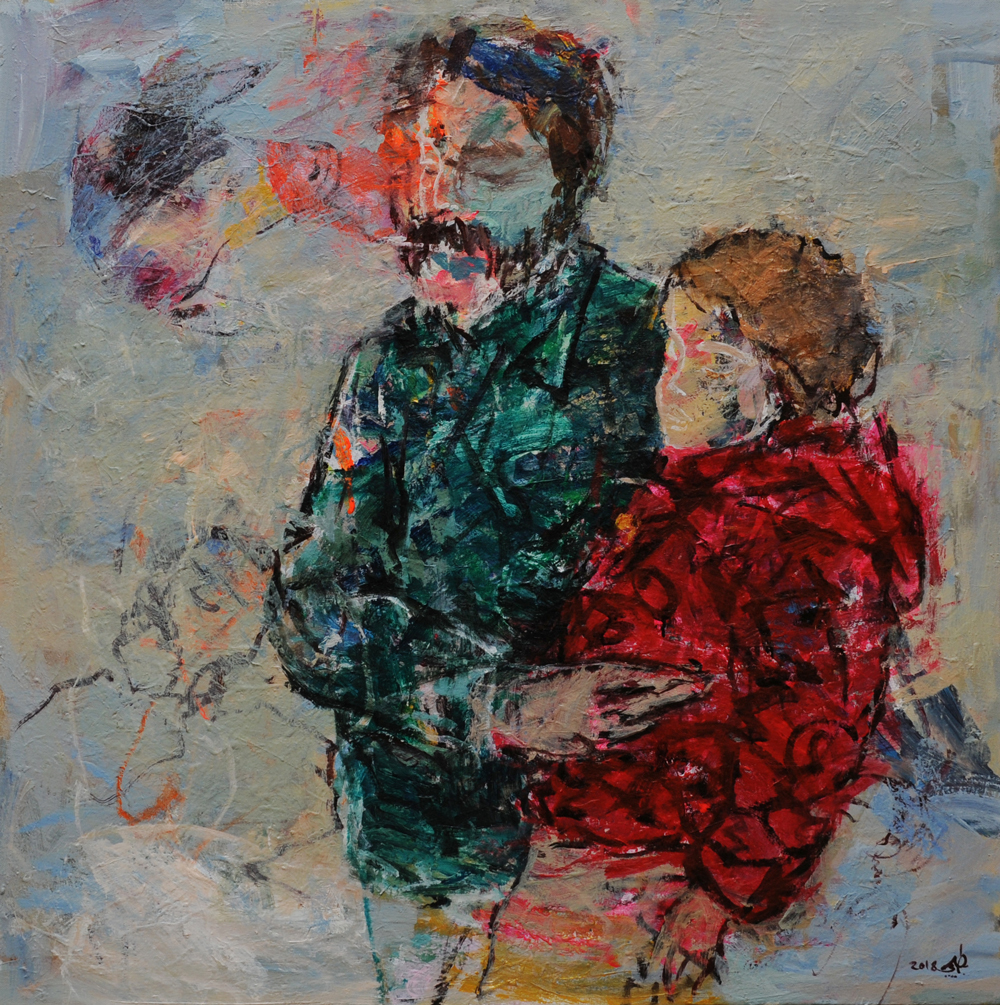 Lives in Syria
When asked, “Where are your women, [now]?” Syrian artist Tarek Butayhi responds: “My women have become mothers with worries and children. Perhaps I influenced them; perhaps they influenced me.”
Born in Damascus, Syria, Tarek Butayhi (1982) graduated from the Faculty of Fine Arts Department of Painting in 2006. Known for his sensual depiction of women, Butayhi’s work is characterised by its expressive content and spontaneity. His brushwork and palette define the figures, while, stylistically, he breaks away from stereotypical poses and postures, celebrating the women’s bodies for their unique natural forms. Painting from life, his work has taken on new social dimensions, with different series evolving from his experiences, including seeing women in Lebanon who had plastic surgery where their features take on unnatural proportions. Even before he left Syria, the bodies of the dead were impressed in his mind and became the subject of many paintings.
Tarek Butayhi has shown his work in group and solo exhibitions in Syria, Lebanon, Egypt, Canada, Turkey, the UK, US and Kuwait.