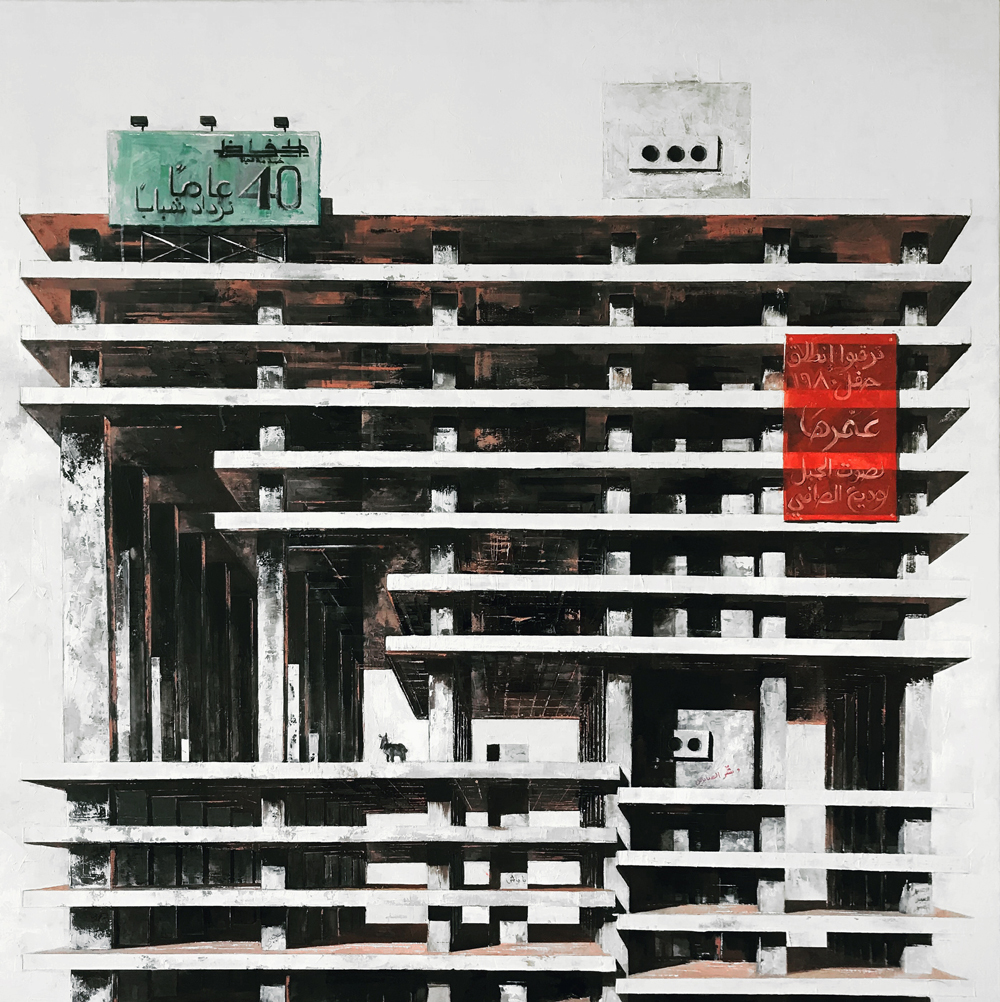 Thinking about the aspects of Arab society that Syrian artist Mohamed Al Mufti depicts in his work, he states: “In the process of rebuilding our memory, there should be fundamental questions that we must ask: What are the forms of our collective memory? What are its values and symbols today? What remains of it?”

Born in Damascus, Mohamed Al Mufti (1976) graduated with a degree in architecture from the École Nationale Supérieure D’Architecture de Versailles. In 2012, he moved to Beirut, where his work began to depict themes and reflections on Damascus and Beirut’s political and social scenes. His criticism and questioning is evident in his symbolic structures and objects, while his background in architecture features heavily in his paintings. Buildings and interiors are prevalent, as well as cityscapes, with elements incorporated that are reminiscent of the war, violence or absurdity.

Mohamed Al Mufti’s work has been featured in galleries and museums in France, Italy, Finland, Serbia Turkey, Lebanon, Syria and the UAE, including at venues such as the Institut du Monde Arabe, Paris; Supa Salon, Istanbul; Arteconte Gallery, Paris and the Guggenheim Helsinki Architectural Competition.

Reign on the Sixth