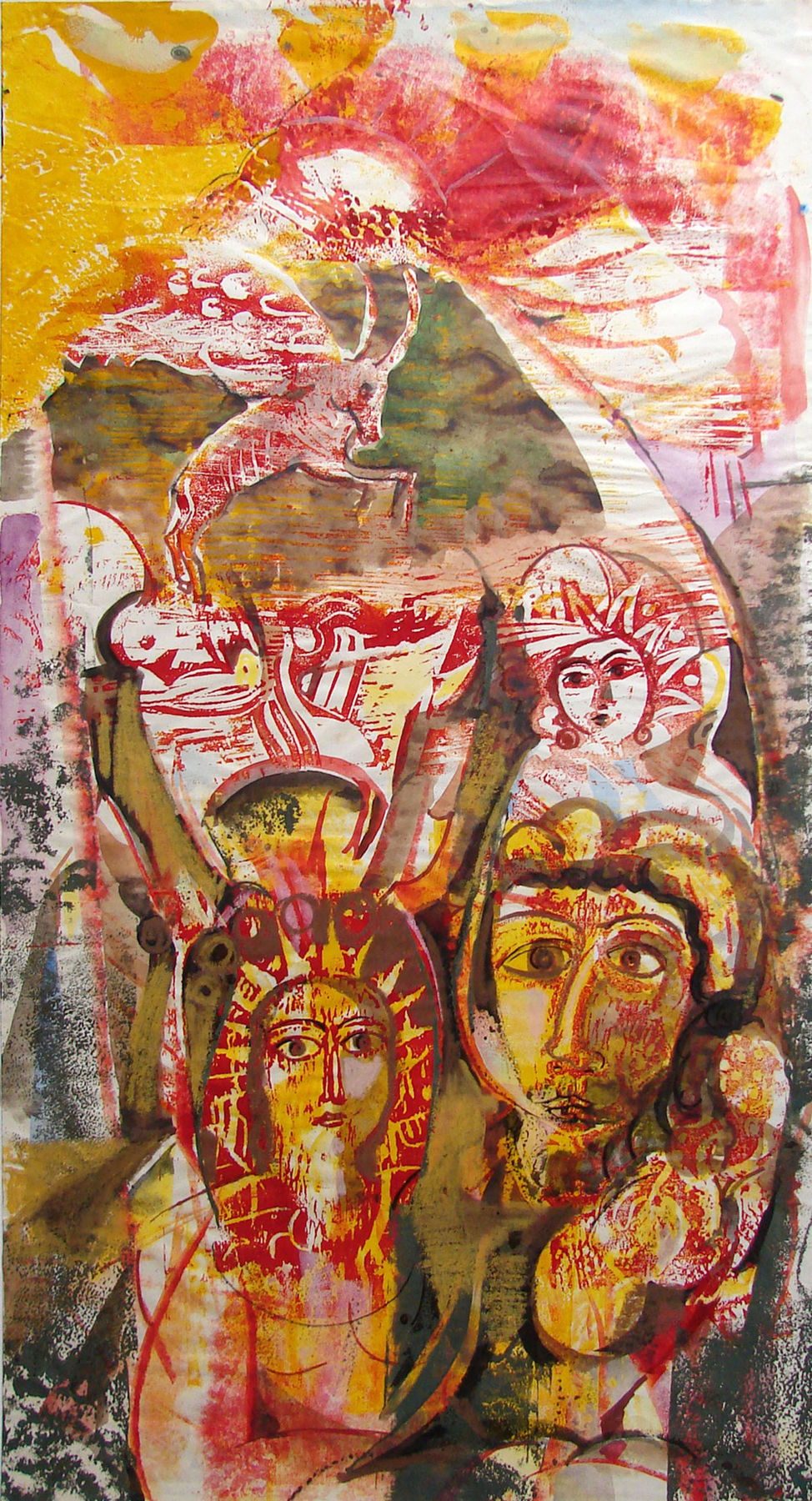 Directly from the artist estate

Inspired by his ancestral village, Ahmad Madoun once wrote: “For me, Palmyra is the main source of nature, good taste, and the original Palmyrene arts; especially at its peak, it enriches my artistic sensibilities”.

Born in Palmyra, Ahmad Madoun (1941–1983) drew from a young age. Using his friends and family as models, he practiced drawing figures from various positions and angles. Later in life, he studied abroad in Egypt and came back to Syria to work in various fine arts institutions. After years of creating artworks, he began to exhibit his pieces in 1976. Interested in the cultural heritage of Palmyra, which he intertwined with the reality of his village, Madoun created figurative works which incorporated the imagery of ancient ruins. With his distinct style and symbology, the works forma series on the past and present of this ancient city.

Ahmad Madoun has work in the National Museum of Damascus, the Museum of Modern Art in Damascus, and private collections in Syria, Egypt, Germany, the US, France, Switzerland, Sweden, Japan, India, Kuwait, Mexico and Belgium.