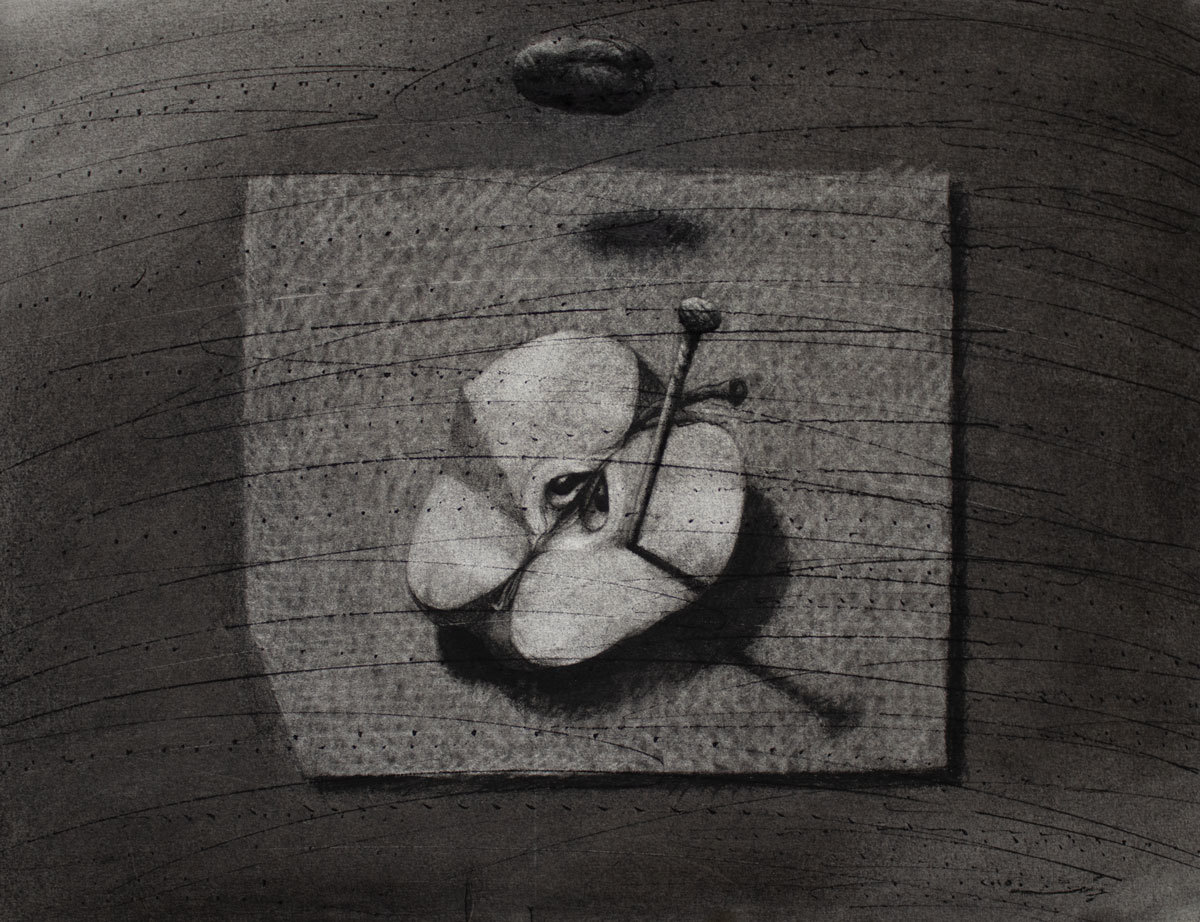 Lives in Syria
From cynically drawn figures to symbolic still lifes many of Youssef Abdelke’s series contain commentary about the conflict in Syria. During the war, he explained, “I think all the works in one way or another try to express the concerns and emotions of the ordinary Syrian citizen amid this huge river of blood.”
Born in Qamishli, Youssef Abdelke (1951) graduated from the Faculty of Fine Arts, Damascus University and received his PhD in Fine Arts from Paris XIII. Working in styles wither gestural or realistic, he uses different techniques such as printmaking – engraving on copper or zinc plates – or drawing with pastels or charcoal on paper to create works filled with symbolic elements that infer the violence of war.
Abdelke’s works can be found in numerous private collections and museums, amongst which are the British Museum, the Institut du Monde Arabe in Paris, the Amman Museum of Modern Art and the National Museum of Kuwait.