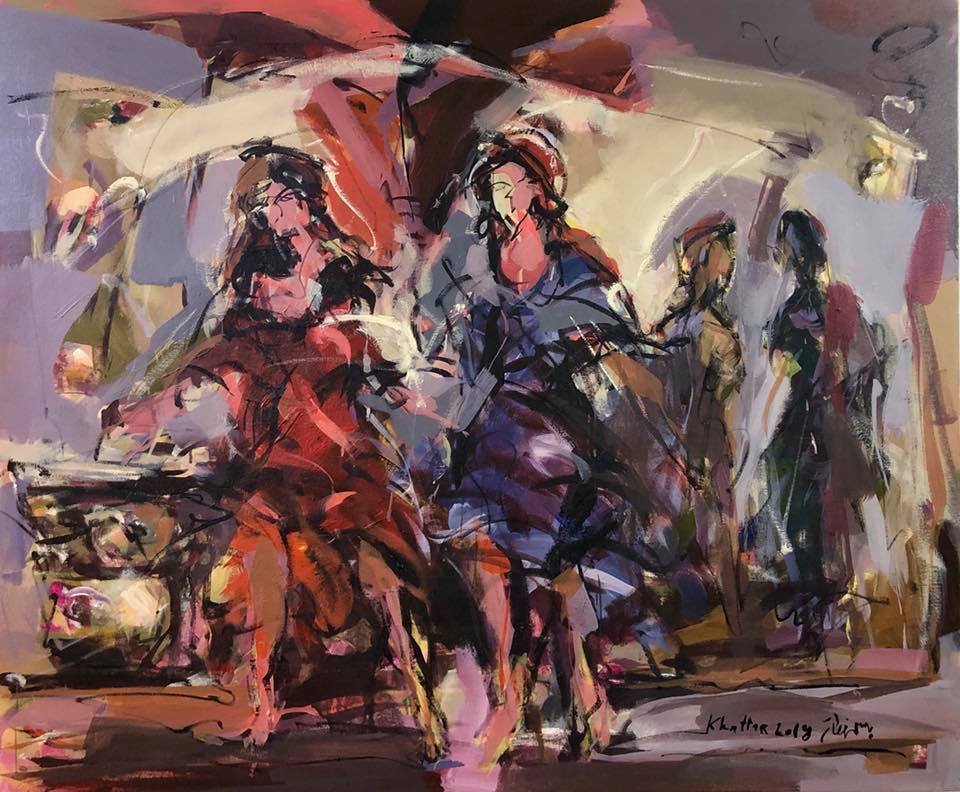 There are no obvious condition concerns. For a full condition report please contact us.
Beirut, Lebanon
Ships in up to 20 business days.
We guarantee the authenticity and provenance of our artworks.

Born in Syria, with a dual nationality (Syrian and Lebanese) Khatatr holds a BA degree in Fine Arts from Damascus University.His colors are striking, his lines are strong and magical. The female figures in Khattar's paintings seamlessly blend in with the buzzing surroundings as symbols of resilient feminine creative energy, forever advancing and moving forward.