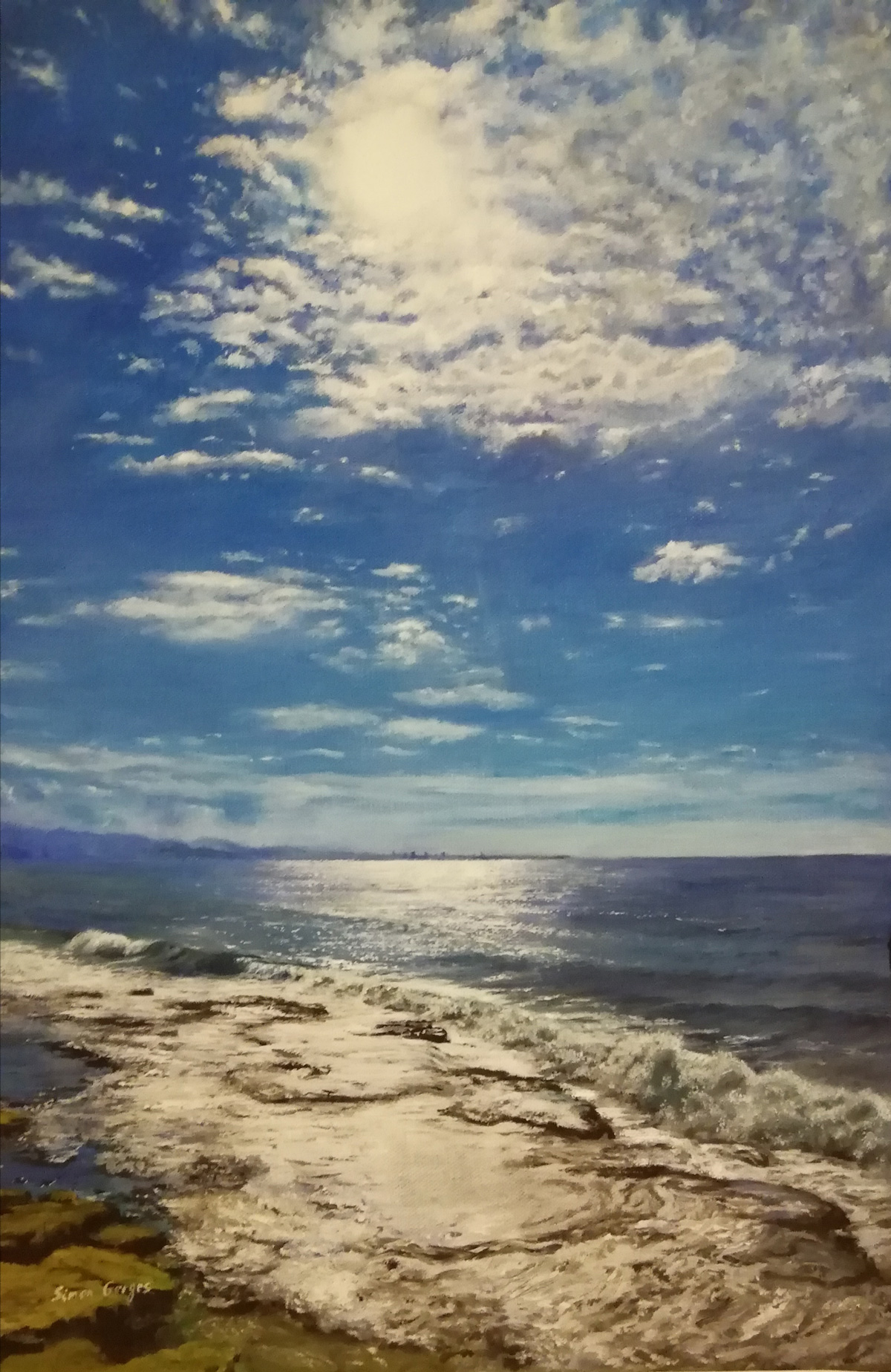 Born in 1980, towards the end of the first Lebanese conflict, Simon Gerges spent his adolescence in the littoral town of “Amchit”, in a playground spanning form the top of a hill and reaching the pebbly beach, into the waters amidst the gently rocking fishermen boats in the old port, and extending into deep waters on an old wooden rented kayak.

In Amchit, Simon passed his the official Lebanese baccalaureate, and later pursued his mechanical engineering education at NDU Louaize, but had the chance to nourish his interest in arts and culture by working at the campus library, studying the works of great artists and writers.

Despite his demanding career in engineering, Simon felt the urge to revive his artistic soul and spent many nights creating artworks of certain precision and realism, most of which are inspired from the beautiful scenery in Byblos and Amchit. Realism is a style that he adapted by intuition, reflecting his human perception and controversial believes.