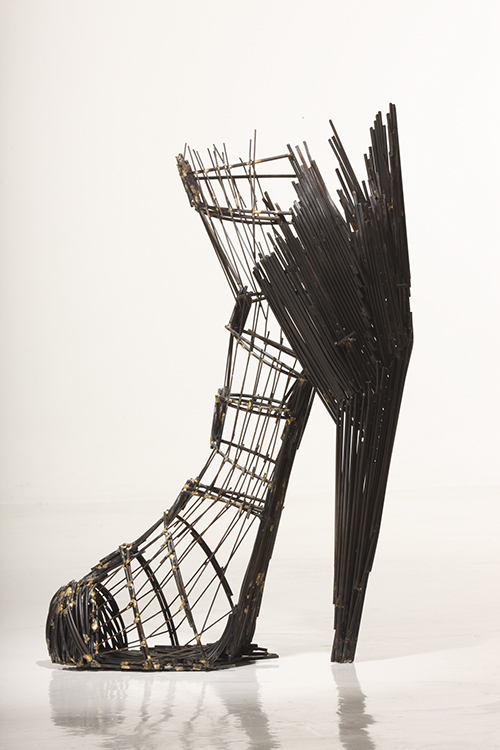 Lives in Syria
Collecting the metal debris left from bombings for her sculptural work, artist Safaa Alset talks about how she was influenced by her environment, “The sounds of the hammering copper in the hands of the Syrian craftsmen is still one of the nicest sounds... Throughout history the rhythm of these sounds has echoed life and creativity… [although] today, even while these sounds of hammering continue, I can only hear the sounds of death.”
Born in Homs, Safaa Alset (1974) graduated from the Faculty of Fine Arts at Damascus University in 1997. From photography to metallic sculptures, she uses a variety of media to create her artwork which explores tragedy, death and the struggles of women.
Coming from her identity as a woman, Al Set depicts the struggles of women and their children. In her later works, she went on to depict these vulnerable figures in sculptures, including her notable work of a small, wiry girl, wearing her mother’s over-sized shoes. Safaa Alset has held several solo exhibitions in Damascus and Manama, in addition to her participation in group workshops.
Forgot your password?