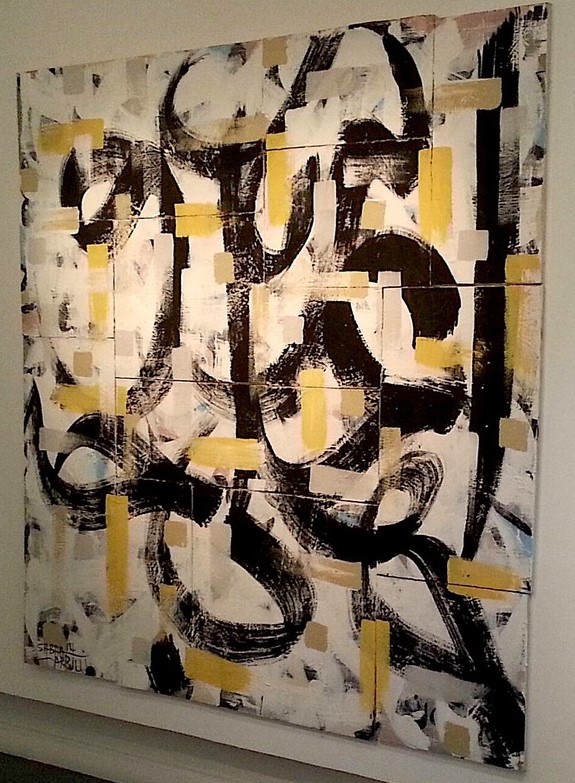 Save to Favourites Zoom View in room Share
Sabah Arbilli
Follow Artist
The memory of the wall, 2014
Mixed media on canvas
200 x 200 cm

Born in Iraq, he is currently he is based in the UK and Qatar.

Arbilli’s work as an artist constantly develops both technique and style. He has exhibited internationally in solo and group shows. His traditional calligraphy has won many prizes and he has been invited as an expert advisor and consultant in the world of calligraphy.

Arbilli has also done a series of outdoor public art pieces on architectural buildings and free standing stainless steel sculpture. His work was also selected as a permanent piece for the opening of the Islamic Museum of Australia and United Nations.

Arbilli’s work is created out of an urgency to communicate trying to find the most cogent language through the use of the Arabic letter as an agent for allegorical narration which investigates, but does not firmly establish, moral precepts.

Arbilli’s works can be found in the Middle East and Internationally in many private collections, architectural buildings. His works are categorised in representation, reproduction and revisiting the concept of Arabic letter and calligraphy to a new modern international platform.