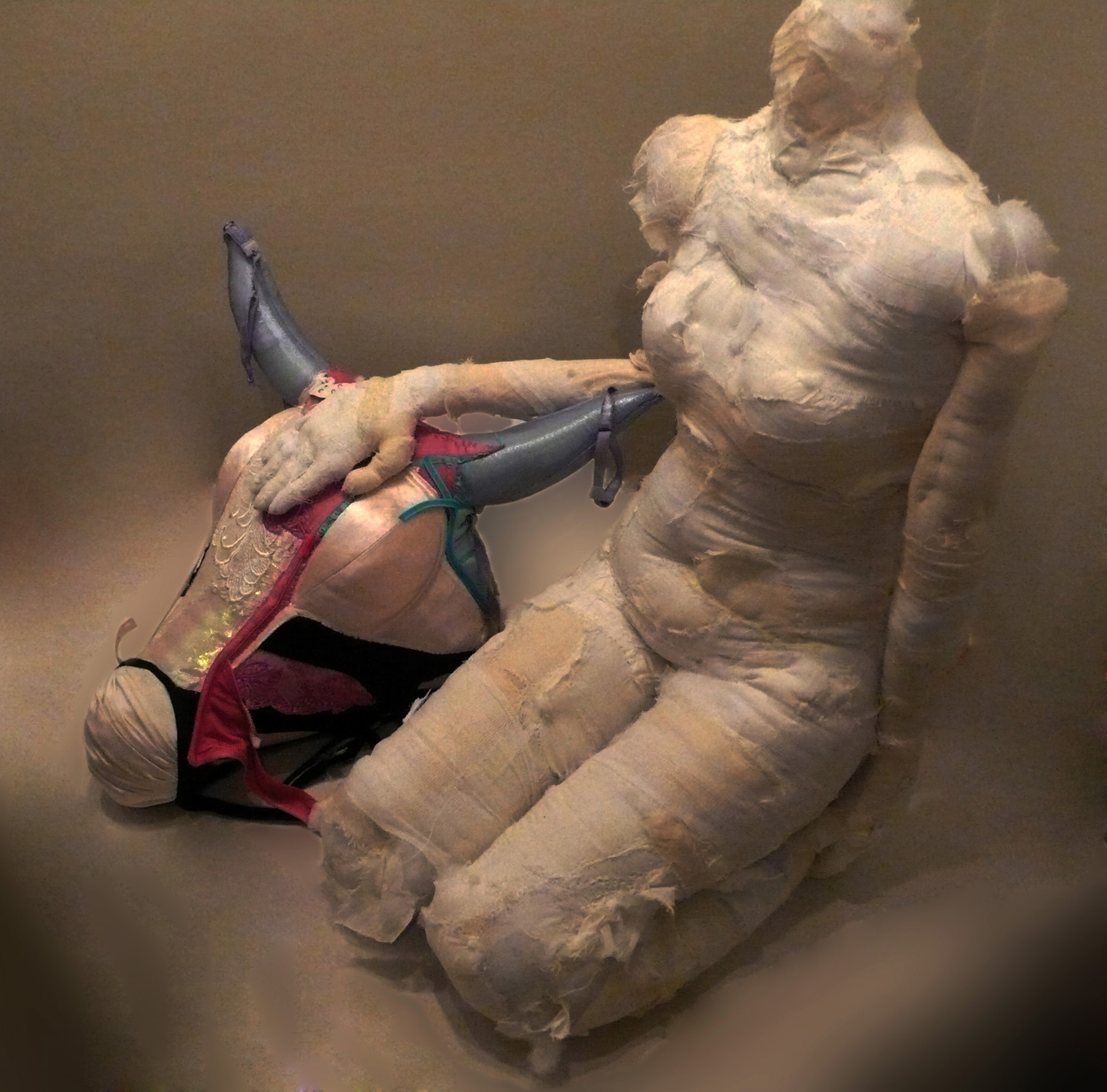 Ruby Chishti (born 1963 in Jhang, Pakistan) is primarily a representational sculptor, her work is largely autobiographical in nature. Ruby was formally educated at the National College of Art in Lahore, Pakistan. Over the last 17 years, she has produced a series of lyrical sculptures and installations that touch on such issues as Islamic myths, gender politics, migration, memory, universal theme of love, loss and of being human.

Solo exhibitions include Nest of memories at Vermont studio center 2006, There is no hero, Canvas gallery, Karachi 2008 In the vast valley of my heart there is a place, Green Cardamom gallery London 2009, Placed displaced, misplaced, 2010 at Rohtas gallery Lahore, We leave, we never leave, we return endlessly at Twelve gate Arts Philadelphia 2015. Her work has been exhibited at Art Asia Miami, Arco Madrid Art Hong Kong, India Art fair and The Armory Show 2014. She has held residencies at Vasl in Pakistan, the Harris Museum in the UK, the Vermont Studio Center, Transparent Studio in DUMBO, NYC, Virginia center for creative Arts, Waste to Art Museum Baku, Azerbaijan and recently at Theertha Red Dot Gallery, Colombo, Sri Lanka.

She has been showing internationally since 2000. Graduated from National College of Arts Lahore Pakistan, Ruby Chishti now lives and works in Brooklyn NY. Her work has been published in numerous magazines, newspapers along with Chicago Tribune, NY Times and books including, Unveiling the visible and The eye still seeks: Pakistani Contemporary Art by Salima Hashmi & Matand Khosla. Ruby lives and works in Brooklyn, NY.