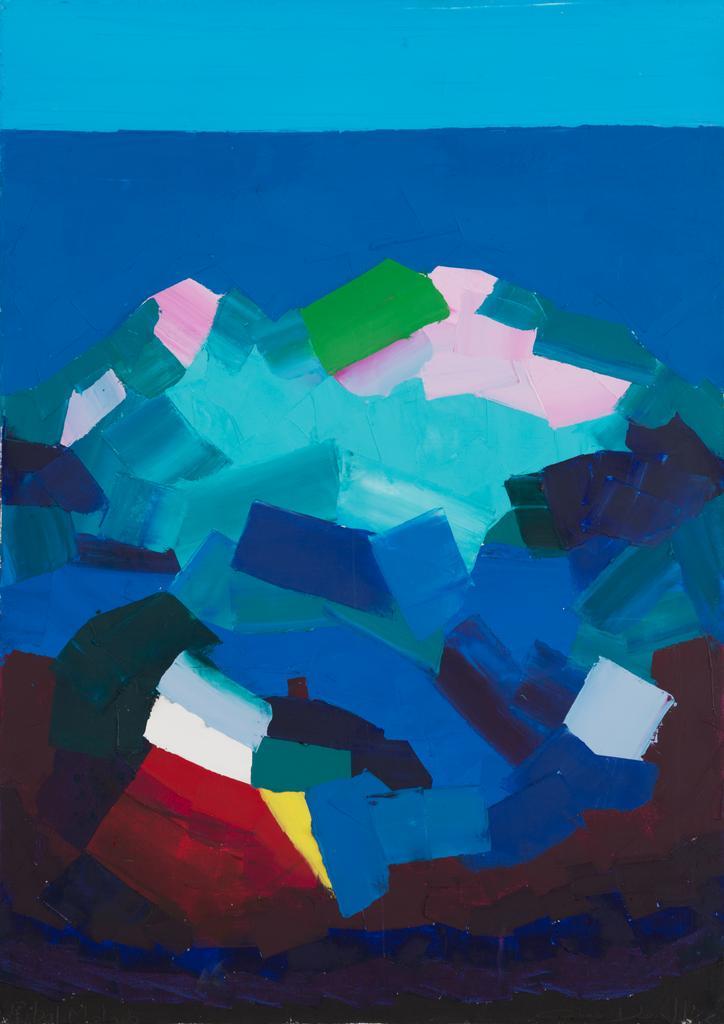 Born in Baissour, Lebanon, in 1992, Ribal Molaeb moved to Salzburg, Austria at the age 17, to study at the Mozarteum University Salzburg. He later moved to Vienna to study at the University for Music and Performing Arts, where he received his Master’s degree in Arts with distinction. Molaeb was assigned as the artistic director of ''SUMITO'’ Art and Music Association in Switzerland. He is the president of the "Molaeb Art Museum" and the founder of ''Molaeb Festival for Chamber Music and Fine Arts''. His oil paintings have been exhibited in Amsterdam, Zürich, Vienna and Beirut. He is represented by Galerie Janine Rubeiz, Beirut and Galerie Agénor, Zürich. He currently lives and works in Zürich, Switzerland.

In his early age, Ribal Molaeb was personally trained by his father Jamil Molaeb. He is also inspired by Lebanese 20th century abstract expressionists like Saliba Douaihy, Aref el Rayes and Shafic Abboud. After moving to Switzerland he got Influenced by the works of Paul Klee, who was an accomplished violinist himself. Ribal Molaeb’s musical education in Vienna swayed his paintings. There is a musical orientation in the compositional, harmonic and melodic aspects of many of his works; He interrogates color power and harmony creating energetic paintings. His images have aspects of delicate distribution of colors and shapes. Molaeb’s understanding of harmony in classical music helped him perceive abstract paintings and compositions. He paints to create a personally satisfying world, cleanly designed, delicately harmonized.

"I take refuge in painting. My work became  metaphysical; how many dimensions can I seize with my colors and shapes. What unseen world can I create. To be an artist is to constantly produce your exile.“ – Ribal Molaeb